As expected, Apple have given its retail stores a (RED) makeover in celebration of World AIDS Day.

Observed on Dec. 1, World AIDS Day is aimed at raising awareness of AIDS and at raising funds for organizations set up to fight the pandemic, including the Global Fund, which is backed by U2 frontman Bono’s Product (RED) brand.

As noted by 9to5Mac, in honor of World AIDS Day, Apple has rendered its logos at its retails stores in the signature color of (RED).

Dec. 1 also happens to be Cyber Monday. And Apple is leveraging the shopping event to increase its contributions to the Global Fund through (RED). Apple is donating a portion of the proceeds from every product, accessory, and gift card it sells during the day at its retail and online stores to the Global Fund to fight AIDS.

Apple is also donating to the Global Fund all of the proceeds from in-app purchases made in the participating apps and games for its special Apps for (RED) promotion, which runs for another week, through Sunday, Dec. 7.

On Black Friday, Apple gave away a (RED) iTunes gift card for every purchase of a qualifying product from its retail and online stores, with the company donating a portion to the Global Fund for each gift card distributed.

Apple’s World AIDS Day campaign this year is expected to result in much greater contributions from the company to the Global Fund through (RED), which in April notably reached the $70 million milestone. 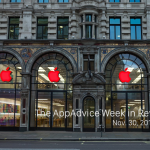 The AppAdvice week in review: The 'iPad Air Plus' makes its unofficial debut 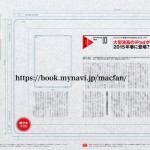 Apple reportedly set to launch 'iPad Air Plus' and 'iPad mini 4' in second quarter of 2015
Nothing found :(
Try something else