You are using an outdated browser. Please upgrade your browser to improve your experience.
by Brent Dirks
January 12, 2015

The party is over for European Union App Store users who attempt to abuse Apple’s new 14-day return window for apps.

According to iDownloadBlog, Apple quickly caught on to at least one user who was obviously abusing the policy:

One reader explains that when Apple introduced the new 14-day return policy, he started treating this policy as a trial period of some sort. After spending about $40 in various apps to trial, he was able to get $25 refunded, but Apple took notice of his behavior and a message popping up in the App Store now warns him that he will no longer be eligible for refunds on new purchases.

As you can see in the image, before making any purchase, the user is greeted with a statement saying they won’t be able to request a refund for the purchase. They can cancel to quit or hit buy to confirm.

At the end of 2014, Apple updated its terms and conditions to allow for the 14-day return policy on digital goods mandated by the European Union. Once a user requests a refund, the app is removed from their Purchased account history, meaning it can’t be downloaded to another device.

But as we mentioned on Friday, the app remains on the original device and it is still fully functioning. That basically gives users paid apps for free.

I’m glad to see Apple crack down so quickly on this type of abuse. It’s fraud plain and simple.

For other recent news, see: ‘Je suis Charlie’ app quickly approved at behest of Apple CEO Tim Cook, Apple releases fourth beta version of iOS 8.2 to developers, and The AppAdvice week in review: Plenty to love at this year’s CES, as eyes remain on Apple Watch. 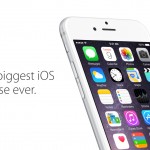 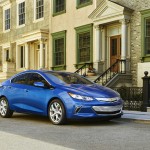 It's an open road for Apple's CarPlay as new manufacturers sign up
Nothing found :(
Try something else