Developer Telltale Games has just announced that Episode 2 of its popular Game of Thrones app will arrive on Thursday, Feb. 5.

Here’s the trailer for the episode, entitled “The Lost Lords.” Click here if you can’t see it.

A universal app designed for the iPhone/iPod touch and iPad/iPad mini, Game of Thrones – A Telltale Game Series can be downloaded now on the App Store for $4.99.

It contains the first episode of the game. The others, including episode 2, can be unlocked with an in-app purchase.

Almost a year after first being announced, the game arrived on the App Store in December. It was named the AppAdvice App of the Week shortly after its release.

Based from the hugely popular HBO hit TV series “Game of Thrones,” the game features well-crafted character models and a number of authentic voicea from the series including Lena Headey as Cersei Lannister and Peter Dinklage as Tyrion Lannister.

Just like other titles from Telltale, including Walking Dead: The Game and others, specific choices made will affect how the story plays out throughout each episode.

For other app news and reviews, see: Shifts is a calendar app designed specifically to help keep your work schedule in check, Rdio partners with Digicel, as the streaming music service expands to 85 countries, and NFL Mobile is your official guide and streaming companion to Super Bowl XLIX. 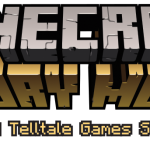 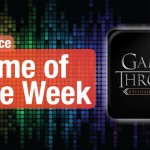 Best new games of the week: Game of Thrones and Bean Dreams
Nothing found :(
Try something else