You are using an outdated browser. Please upgrade your browser to improve your experience.
The Mobile Radio & Record Player
by Brent Dirks
January 21, 2015

Beats Music competitor Rdio has just updated its iOS app with a pair of handy improvements.

First up, in version 3.1.0, listeners now have a place to hear the week’s hottest new tracks with the new music weekly station. It can be found in the new releases section of the app.

It is now also easier and quicker to find friends and share music. When listening to a song, album, playlist, or station, simply press and hold the music, and you’ll be able to search for a friend to share with.

A universal app designed for the iPhone/iPod touch and iPad/iPad mini, Rdio can be downloaded now on the App Store for free. A subscription will set you back $9.99 per month but includes ad-free listening to unlimited songs.

Without a subscription, you can listen to free stations based on artists, genres, albums, friends, and more – much like with Pandora.

In November, in a response to a similar move by Spotify, Rdio cut its family plan pricing by 50 percent. That means you can add a family member to your account for just $5 each month.

Before today’s improvements, the last update to the software arrived in December. Along with a new search and play functionality, version 3.0.9 offered the ability to play only tracks you’ve favorited.

For other recent app news and reviews, see: One of the best tower defense games, Kingdom Rush, gets a nice update with new stages and enemies, Don’t have CarPlay for audio? Check out the new version of iHeartRadio for Auto, and Match and serve delectable treats in Airship Bakery, a tasty new match-three puzzler. 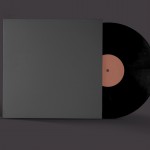 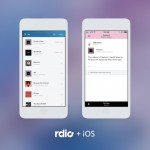 Rdio for iOS updated with new search, playback and social features
Nothing found :(
Try something else