You are using an outdated browser. Please upgrade your browser to improve your experience.
Staying Fit by Keeping Connected
by Brent Dirks
January 27, 2015

It’s pretty far from the Apple Watch, but Misfit has just announced some interesting upcoming integrations for its inexpensive Flash fitness tracker.

The tracker, which retails for $49.99, is designed to record your daily activity and sleep. Instead of a screen like other devices, the Flash uses a circle of 12 LED lights to let you see your daily progress. And instead of needing to recharge the device, its replaceable battery can last for up to six months.

But with the new features, which will arrive in March, Misfit is also attempting to position the Flash as a wearable smart home controller.

Here are a number of planned integrations, according to a Misfit blog post:

• Users will be able to start and stop their Spotify playlist with Flash.
• Misfit is working with Nest on an integration enabling customers to connect Misfit’s sleep tracking functionality and smart alarm with the Nest Learning Thermostat to wake up to their ideal temperature.
• Soon you can use your Misfit Flash on IFTTT and connect it to over 160 products and services you use everyday. Misfit Flash will bring new Triggers to the Misfit Channel, including a double press. Turn on and off devices, fire off quick messages, and send fitness information to an archive on the go.
• Flash will also have the power to control your smart home ecosystem thanks to Logitech Harmony. Leveraging Harmony’s new API, Flash wearers will have access to some of Harmony’s most powerful features including one-touch activities like “Watch a Movie,” “Play Games,” and “Listen to Music.”
• Yo’s messaging services will allow you to stay connected with friends and family with a simple double press on your Flash.
• Misfit Flash will allow August Smart Lock users to unlock their doors without a smartphone.
• Latch opens doors for the right people. Latch is a stealth startup that will be launching products in 2015, partnering with Misfit to make home security more convenient.
• The Leeo Smart Alert Nightlight will allow you to cycle through a set of light colors or turn your nightlight on and off using the Misfit Flash.
• Bitfinder gives you the air quality of your room on demand using the Flash button control.

All of those integrations definitely sound interesting and really add a layer of usefulness to the device. Misfit has done a nice job being aggressive and forging partnerships with other tech companies.

For other recent news, see: Troubled Lockitron turns the corner with the introduction of its new smart lock, Bolt, Tweetbot for Mac has come back on the Mac App Store, and Apple introduces improvements for iCloud.com Photos and Apple Maps Connect.

This week in accessories: 6 of our favorites from CES 2015 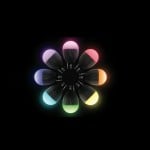 CES 2015: Misfit introduces the Bolt smart light bulb
Nothing found :(
Try something else