You are using an outdated browser. Please upgrade your browser to improve your experience.
Apple's Software
by Brent Dirks
February 27, 2015

After more than three months of beta testing by developers, iOS 8.2 may finally be ready for a public release. A new report from BGR says that the software could arrive as early as Monday or possibly the following week “at the latest.”

Most importantly, the software brings compatibility for the Apple Watch, which is scheduled to hit the market sometime in April.

The first beta version of iOS 8.2 was released back in late November. The most recent version of the software, beta 5, landed in early February.

And the site says iOS 8.3 should arrive very soon after. A second beta version of that software was seeded to developers on Monday. Along with a number of new emoji, the software brings wireless CarPlay, seven new Siri languages, two-factor Google authentication support, and more.

A long-rumored revamp of the Beats Music service is expected with iOS 8.4, which is also in development. Apple should also introduce iOS 9 at WWDC in June. That release will apparently focus on optimization and stability improvements.

For other recent news, see: Smartflash goes double-dipping for more damages, Simple automation – power to the people, and Will Apple be forced to pull the iPhone from the US market? 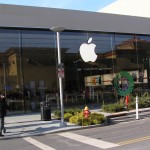 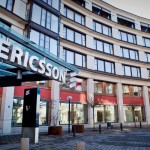 Will Apple be forced to pull the iPhone from the US market?
Nothing found :(
Try something else