You are using an outdated browser. Please upgrade your browser to improve your experience.
iStores
by Brent Dirks
February 26, 2015

A new report from Fiksu is great news for both Apple and app developers.

In the latest App Store Competitive Index for the month of January, the company recorded 10.3 million app downloads per day. That easily blows past the previous record, set in December, of 9.2 million downloads per day.

And those numbers are even better compared to the same time period last year. During January 2014, app download volume was 6.4 million downloads per day. So that’s a 61 percent increase.

It will definitely be interesting to see where these figures go in the upcoming months. 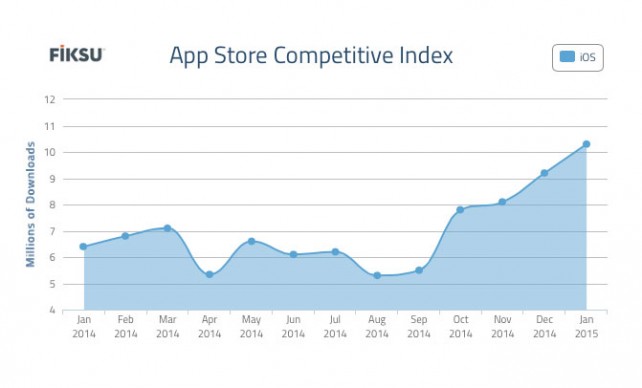 As you can see by Fiksu’s chart, the download numbers have significantly increased each of the last four months – probably thanks to the record iPhone 6 and iPhone 6 Plus sales.

With the Apple Watch, set to hit the market sometime in April, will those figures continue to increase as buyers of the wearable look for new apps that tie in with the device? Or will downloads shrink as new iPhone sales level off?

For other news today, see: Apple announces a March 9 ‘Spring Forward’ event, Circa unveils mobile-friendly Web app, and ‘House of Cards’ season 3: President and Mrs. Underwood will see you now. 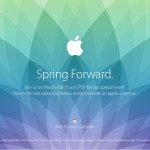 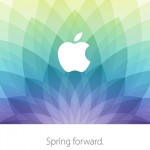 Apple announces a March 9 'Spring Forward' event
Nothing found :(
Try something else