You are using an outdated browser. Please upgrade your browser to improve your experience.
iWallet
by Brent Dirks
February 13, 2015

Chalk up another big win for Apple Pay. The Obama administration announced today that the mobile payment system will soon be enabled for federal payment cards.

Here’s more from a Bloomberg report about the news:

The White House announced Friday that Apple Inc.’s mobile-payment system will be enabled for users of federal-payment cards, including Social Security and veterans benefits that are paid out via debit cards. The deal includes the Direct Express payment network and government cards issued through GSA SmartPay, which handles more than 87.4 million transaction worth $26.4 billion each year, according to the General Services Administration.

And during a speech at the president’s cybersecurity summit in Silicon Valley, Apple CEO Tim Cook said the agreement will also open up other doors for users. Starting in September, government support for Apple Pay will allow users to pay access fees to national parks and more.

That’s great news. Users can make in-store payments using an iPhone 6, iPhone 6 Plus, or the upcoming Apple Watch. Users can make online Apple Pay purchases with those devices along with an iPhone 5s, iPad Air 2, and third-generation iPad mini.

A number of banks, financial institutions, and retailers in the United States support Apple Pay. Take a look at our updated list here.

Federal government support of Apple Pay is big news, and shows that Apple’s initiative is moving at a great speed.

For other recent news, see: A new report says that the Apple Watch will only be available at your local Apple Store, Apple unveils a TestFlight Groups feature to make the beta testing process easier for developers, and Here’s another reason not to buy any 16GB iPad or iPhone. 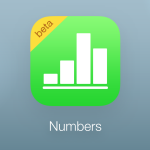 Now anyone with a non-Apple device can use iWorks suite 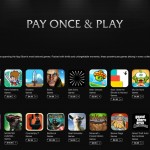