You are using an outdated browser. Please upgrade your browser to improve your experience.
iStores
by Brent Dirks
March 30, 2015

Available at a local Apple store, users can trade-in their handset and receive a gift card to purchase an iPhone 5c, iPhone 6, or iPhone 6 Plus.

Apple’s Recycle and Reuse program has long been available for users to trade-in their older iPhone models, but this marks the first time that Apple has accepted other smartphones.

Even so, users should definitely take a look at other online outlets like NextWorth and Gazelle before taking their smartphone to an Apple Store. Both of those companies usually offer better trade-in values than what Apple offers. Even so, I suspect Apple will be able to sell even more iPhones at retail stores with this new program.

Expanding the trade-in program to include Android and other smartphone device show that Apple is continuing to be more aggressive in recruiting switchers to the iOS platform. Before the iPhone 6 and iPhone 6 Plus were introduced last year, Apple published a detailed guide showing how Android users can move their handset information over to a new iPhone. 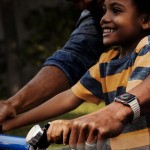 The latest purported 'iPad Pro' leak possibly shows the presence of dual Lightning ports
Nothing found :(
Try something else