You are using an outdated browser. Please upgrade your browser to improve your experience.
iPhotographer
by Aldrin Calimlim
April 15, 2015

Apple has acquired LinX Imaging, an Israel-based camera technology company — a move that hints at significant upgrades to come to the iPhone’s camera.

As reported by The Wall Street Journal, the deal is priced at about $20 million.

According to its now all but defunct website, LinX, which was founded in 2011, makes cameras that use “state-of-the-art multi aperture imaging technology that combines innovative image processing, advanced sensor and optics technology.” They’re touted as being capable of capturing not only 2-D images but also 3-D information.

It should be noted that LinX’s products are miniature cameras that lend themselves well to use on mobile devices such as Apple’s iPhone.

It’s very likely, then, that upcoming iterations of the iPhone will come equipped with the technology acquired by Apple from LinX to enable the handset to perform on a par with DSLR cameras.

LinX joins Apple’s other key acquisitions from Israel, which have included the flash memory firm Anobit in 2011 and the 3-D sensing company PrimeSense in 2013.

Apple has confirmed its acquisition of LinX with its boilerplate comment: “Apple buys smaller technology companies from time to time and we generally do not discuss our purpose or plans.” 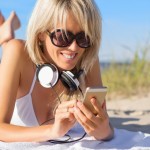 Apple's iOS 8.4 includes an improved Music app, new home for audiobooks
Nothing found :(
Try something else