You are using an outdated browser. Please upgrade your browser to improve your experience.
That iThingy You're Wearing
by Joe White
April 11, 2015

There’s been a lot of confusion over Cupertino’s Apple Watch Sport Bands. Online, Apple explains that Sport Bands are available for small/medium wrists, and for medium/large wrists, leading many (including ourselves) to guess that two bands, rather than one, would ship with the low-end Apple Watch Sport. Moreover, a company called BandSwapper, which we introduced our readers to yesterday, unveiled a service designed to allow Apple Watch Sport owners to “swap out” their spare, unused bands for a different variant. Though we had our doubts as to whether the service would work in the long term, it nevertheless sounded promising.

Since, a number of our readers who’ve attended Apple Watch try-on sessions in retail stores around the world have been in touch, explaining that in actual fact, Apple Watch Sport models come with one band only, rather than two. This band, however, comprises of three pieces, allowing owners to alter the size of the band in order to accommodate larger and smaller wrists. It’s a smart way of dealing with the problem of wrist sizes, and the solution is more convenient that simply shipping two bands with the Watch. Though of course, this does mean that the BandSwapper service, which promised users the chance of scoring a second Sport Band for as little as a $6 fee, isn’t going to work.

TechCrunch confirmed the news, too:

You see, Apple Sport Watch models technically do come with two bands, but in practice, it’s not two full bands, but rather three pieces. There’s one piece that attaches to one end of the watch with the fastener, and then two additional bands (the side with the holes) that attach to the other side of the watch. These two bands come in two different lengths – a S/M size for smaller wrists and an M/L size for larger wrists.

In other words, you won’t have an entire extra band to swap.

It is, however, still going to be possible for users to swap out individual sections of the Sport Band in order to create a multicolor version. Though, personally speaking, I’m not sure how pleasing the effect of doing this would be.

Besides launching preorders for the Apple Watch in the Apple Online Store, Cupertino also added a new “Bands” section to its website, advertising the prices of individual bands for the smartwatch. As Apple’s pricing levels for the mid-tier stainless steel Apple Watch suggested, the prices of certain bands are pretty high: the 42mm Link Bracelet, for instance, retails for a huge $449.00.

Apple’s also offering “Watch Accessories” in the Online Store, including $29 replacement chargers, and AppleCare+ plans for the Apple Watch Sport, stainless steel Apple Watch, and Apple Watch Edition. Preorders for the smartwatch of course launched yesterday morning, and massive demand saw Cupertino’s initial stock of the Apple Watch sell out in no time. Despite this, Apple’s online preorder system worked fairly flawlessly, with many customers placing orders for their chosen model without a hitch.

See also: Best new games of the week: Last Voyage and Lettercraft, This week in accessories: Moleskine Tablet Cover for the iPad Air and more, and Stick your iPhone almost anywhere with the new Zero G Anti-Gravity Case.

Forget the spin, we don't yet know whether the Apple Watch is a success 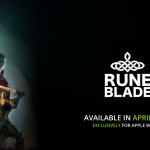 Runeblade, an upcoming Apple Watch game, aims to bring the RPG genre to your wrist
Nothing found :(
Try something else