You are using an outdated browser. Please upgrade your browser to improve your experience.
Apple's Software
by Brent Dirks
May 6, 2015

The American Foundation for the Blind announced today that Apple will be one of the four honorees receiving the 2015 Helen Keller Achievement Award.

The foundation is recognizing Apple for its VoiceOver technology:

AFB is recognizing Apple for VoiceOver, a gesture-based screen reader that allows users to hear a description of everything happening on the display, and other features that make iPhone, iPad and other iOS devices accessible to people with vision loss. Apple received an AFB Access Award in 2009 for its trailblazing engineering of accessible products and continues its extraordinary efforts to make their products accessible for everyone.

Along with the iPhone and iPad, the technology is built into the Apple Watch and Mac OS X.

Designed for blind or vision impaired users, it helps them navigate their device by announcing what is happening on the screen. You can hear what’s on the screen by placing a finger on top of a specific area. The speaking rate and pitch can even be adjusted to suit a specific user.

Besides Apple, the three other award winners are actor Charlie Cox from the Netflix series “Daredevil,” musician and band leader Ward Marson, and Vanda Pharmaceuticals. All four will be honored at a special gala in New York next month.

I’m thrilled to see Apple receive such a prestigious honor. The company continues to work hard to make their products accessible to all users.

For other recent news, see: You can now grab Rockstar’s Grand Theft Auto: San Andreas for a great price, Unleash fire on your enemies in The Dragon Revenge, and Jiffies gives your events and appointments a whole new look. 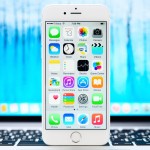 WWDC 2015: 7 more things Apple needs to include in the upcoming 'iOS 9' update for iPhone and iPad
Nothing found :(
Try something else