You are using an outdated browser. Please upgrade your browser to improve your experience.
That iThingy You're Wearing
by Brent Dirks
June 19, 2015

Unusually early, the first rumors about the Apple Watch 2 leaked earlier this week. According to a new report, the next-generation device will be sporting a FaceTime camera in its bezel for users to place and receive video calls. The device will also be less dependent on a connected iPhone.

Apple is also looking to produce models that would sit between the price point of the most expensive stainless steel Apple Watch and the Apple Watch Edition and its 18-karat gold case.

Evan Spence over at Forbes recently said that he doesn’t believe the latest leak will harm sales of the current watch at all, and I tend to strongly agree with his sentiment.

The current generation watch, which has suffered from a number of supply constraints, is finally hitting Apple Stores almost two months after being available online to order. And the watch itself isn’t exactly ubiquitous like the iPhone, iPad, or Mac.

Even though I was lucky enough to receive my Apple Watch on the first day of availability back in April, I’ve seen a grand total of two other people with the wearable out in public. The current device has a lot more life in it, especially during the holiday shopping season later this year.

And if Apple sticks to a similar iPhone and iPad release schedule for the watch, it could easily be April 2016 or later before the new device hits the market.

So I can’t see too many potential buyers holding off for so long for a small set of new features. And when WatchOS 2.0 arrives in the fall, it should even help make the current device all that much stronger with native apps and other needed improvements on the software side.

For other news today, see: Make your own app and glance with Dash for Apple Watch, Apple Music won’t include Adele, The Cult and others, and My favorite Apple Watch apps for Jun 19, 2015. 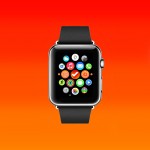 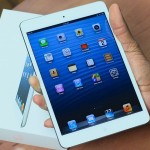 Ding dong, the original iPad mini is gone
Nothing found :(
Try something else