You are using an outdated browser. Please upgrade your browser to improve your experience.
Connected Theater
by Brent Dirks
July 14, 2015

Apple’s long-rumored streaming TV service could arrive before the end of the year. That’s according to a new report from the New York Post.

Talks with ABC, CBS, NBC, and Fox are “rapidly gaining momentum.” The original issues apparently stemmed from Apple’s desire to offer local, live TV feeds – which networks don’t control. Instead of having to track down the rights all across the country, Apple convinced the networks to do the work instead.

Another possible issue is Apple’s 30 percent cut of all subscriptions purchased through the App Store. Some of the networks may want Apple to take a smaller cut of the pie, something the company is already doing with premium networks like HBO.

But once the issues are ironed out, cord cutters should be pleased:

“The platform is ready and it rocks,” said one source.

It’s unknown how much Apple wants to charge monthly for the service, which will reportedly be available on the iPhone, iPad, and Apple TV. Along with the major networks, the service will include other content providers like ESPN and the Discovery Channel.

The report also said Apple is pushing for a late fall introduction of the service.

Unfortunately, the report didn’t mention any news about the next-generation Apple TV set-top box. But more than likely, the streaming TV service will be unveiled simultaneously with the hardware. The upgraded box is rumored to offer Siri support, a true App Store, and other improvements.

A fall release of both products would be perfectly timed for the heart of the TV season. And unlike the crowded streaming music industry, Apple’s combination of hardware and software could easily set the standard in the new market.

For other news today, see: Apple Pay is now officially available in the UK, See first-ever pictures of Pluto with the New Horizons app, and How do I slay the Apple Music DRM dragon? 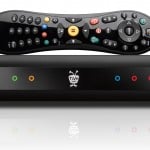 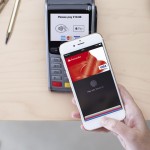 Apple Pay is now officially available in the UK
Nothing found :(
Try something else