You are using an outdated browser. Please upgrade your browser to improve your experience.
iCarriers
by Brent Dirks
July 22, 2015

We’ve got some bad news for AT&T customers. According to Droid Life, starting on Saturday, Aug. 1, the carrier will increase its fee for users when they activate or upgrade their handset.

If you sign a one- or two-year contract with AT&T, the activation/upgrade fee will be $45. That’s the highest in the industry as Verizon still charges a $40 fee.

And anyone who joins the AT&T Next program will now be charged a new $15 activation fee. That same amount will also be charged to anyone who brings their own device and signs up for a new line of service.

There is a bit of good news if you’re currently on the Next plan, though. Anyone who has a plan before Aug. 1 won’t be charged the fee on their next handset upgrade. But after that, its anyone’s guess.

So if you’re looking to snag a new phone through AT&T, now would be the time to do it before the new fees go into effect at the start of August.

With carriers trying to wean customers away from the usual contracts, I’m not surprised that AT&T is raising the activation/upgrade fee there. But the new fee for Next customers is definitely a surprise, and could drive away new customers into the arms of less expensive carriers like T-Mobile or Sprint.

AT&T will receive $100 million fine from FCC over throttling 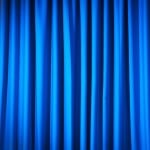 The 10 biggest tech stories this week: Focus on Apple's WWDC
Nothing found :(
Try something else