You are using an outdated browser. Please upgrade your browser to improve your experience.
iDevices
by Brent Dirks
August 19, 2015

The fall lineup of new Apple iOS products seems to be set.

We reported earlier today that analytics firm Appsee apparently spotted the long-rumored “iPad Pro” in its logs with a new, unique identifier of “iPad 6,8,” and a resolution of 2,732 by 2,048. The company found that several different apps were being tested on the new iPad.

MacRumors followed up with the company to find out what version of iOS the tablet was running. Here’s the kicker – it was using iOS 9.1.

So more than likely, that means the larger tablet won’t be announced at the rumored Sept. 9 event highlighted by the next-generation iPhones and Apple TV. Apple is expected to officially release iOS 9 to the public sometime after that event.

And judging by some possible unique features in the rumored tablet – like a Force Touch display, support for an Apple-branded stylus, and even a possible a USB-C connection – it makes sense that Apple would need to release a new iOS update.

We also know that iOS 9.1 is currently in development by Apple as MacRumors also spotted some traffic from that software version in the late July timeframe.

Using recent history as a guide, it’s a pretty safe bet to go ahead and predict that Apple will introduce the “iPad Pro” at its usual event in mid-October with the tablet hitting the market sometime soon after that.

At the same time, Apple would more than likely announce the official release date for OS X El Capitan, and maybe even talk about new Apple Watch bands.

In September, expect to see the new “iPhone 6s” and “iPhone 6s Plus” along with the heavily revamped streaming set-top box and a new “iPad mini 4″ that can support the awesome split-screen multitasking feature of iOS 9.

And I still think that Apple won’t release an “iPad Air 3” this year, focusing its efforts on the larger, and more profitable, new form factor.

It should be a fun next couple of months. Hopefully my wallet can survive the madness. 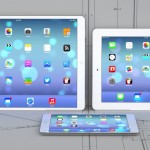 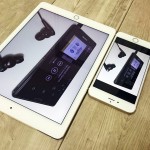 Analyst says 12.9-inch iPad to enter production by October
Nothing found :(
Try something else