You are using an outdated browser. Please upgrade your browser to improve your experience.
Apple's Software
by Brent Dirks
August 3, 2015

The dreaded voice mail could soon become a thing of the past. According to a new report from Business Insider, Apple is internally testing a new feature that would see Siri in charge of answering your phone and transcribing messages.

Currently being tested by Apple employees, the feature could make its debut sometime in 2016 with iOS 10. Here’s more from the report:

Here is how it works: When someone using iCloud Voicemail is unable to take a call, Siri will answer instead of letting the call go to a standard digital audio recorder.

iCloud Voicemail can relay information about where you are and why you can’t pick up the phone to certain people. But the coolest feature of the service is that Siri will transcribe any incoming voicemails, just as it does with anything else you say to it.

As you probably know, any requests you currently make to Siri are sent back to Apple servers to be transcribed into text. And the proposed service would probably work in the same way so you’ll be able to read and listen to voice messages.

But you won’t have to wait until 2016 to use a smarter Siri. With iOS 9, which will be released to the public sometime this fall, the personal assistant will be able to understand a wider range of topics. For example, Siri will be able search through photos and videos based on dates, locations, and album titles. You can also be reminded about things you’re viewing in certain apps.

While the voice mail transcription feature sounds interesting, I can’t remember the last time I actually received a voice mail that I needed to listen to. For pretty much anyone under a certain age, text messaging is the default way for communication.

For other news today, see: Super Parrot, a Flappy Bird clone, flies onto the scene, Score fuel to travel the galaxy in Moonball: Epic Adventure, and Miss your friends? Meet with a Pixcall and sync photos. 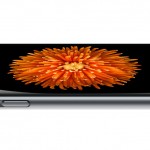 The next-generation Apple TV is ready for a September debut
Nothing found :(
Try something else