You are using an outdated browser. Please upgrade your browser to improve your experience.
Ads, Ads & More Ads
by Brent Dirks
September 25, 2015

The ad-blocking controversy doesn’t seem to be dying down anytime soon.

In the latest twist, the developer of popular (and paid) blocker Crystal admitted that he will be taking money to automatically whitelist some sites. Dean Murphy said instead of financial gain, he’ll be accepting money from Eyeo in a bid to allow users some way to support publishers.

So if you’re looking for a free alternative, download Adblock Fast. The app, from developer 10x Studio, is completely free. And more importantly, the app is open source. That means that the code is available to any party to use.

On the official Adblock Fast site, the developer says that they don’t ever plan to make money from the app:

Adblock Fast doesn’t, nor do we intend for Adblock Fast to ever, make any money. We operate an aforementioned) app studio that’s bootstrapped and quite profitable. Yesterday, you probably didn’t know we existed. Today, you do and, someday, perhaps you’ll be creating the next killer app and will consider hiring us. (Hmm, maybe doing good work and shipping good products ought to replace advertising!) Unlike other ad blockers, we don’t have to sell out to support our project.

That’s great to see from the company. And thanks to the open-source code, you’ll never be taken advantage of. Even if 10x decided to take money to let certain ads through, someone else could take the code and make their own, completely untouched, app.

Getting the ad-blocker up and running does take a few quick and easy steps. After downloading the app, you’ll need to visit the Safari portion of the Settings menu. Select Content Blockers and then flip the toggle switch to enable Adblock Fast. You’ll then be ready to go. If you ever run into any problems on a particular site after enabling Adblock Fast, just hold down the refresh button and then select “Reload Without Content Blockers.”

Adblock Fast is a universal app designed for the iPhone/iPod touch and iPad/iPad mini. It can be downloaded now on the App Store for free. You’ll need to be running an iOS 9 device with a 64-bit chip. On the iPhone side, that’s the iPhone 5s or later. For iPad users, that’s the iPad Air, iPad Air 2, and the iPad mini 2 and later.

I only used Adblock Fast for a few minutes, but was definitely impressed. Ad-heavy sites I visited loaded quickly and easily. The only downside I can see is that there is no way for users to whitelist sites they don’t mind viewing advertisements on. Hopefully that will change with a future update.

But overall, if you’re looking for a rock-solid ad-blocker that won’t ever be compromised by advertising money, take a look at Adblock Fast.

For other app news today, see: Step out of the ordinary with SQRD Ultimate Tic Tac Toe, Only you can save the princess, brave knight SirVival, and Travel through time and space with Cosmic Watch.

Will pay-to-play be the new rule for ad-blocking apps? 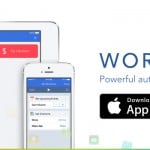 Automation app Workflow receives a big update for iOS 9, WatchOS 2.0
Nothing found :(
Try something else