You are using an outdated browser. Please upgrade your browser to improve your experience.
Apple's Software
by Brent Dirks
October 1, 2015

In a new interview with the London Evening Standard, Eddy Cue said he isn’t worried about the Apple Music subscriber base dropping after the first of the three-month free trials have started to expire.

“Ultimately, you never know until it happens,” he reasons. “But we’re pleased with the number of people who have tried. Everybody gets fixated on the short term but we’re in this for the long haul.”

Along with talking about the Apple Music festival in London that wrapped up late last month, the senior vice president of Internet software and services also had some interesting insights on how Apple deals with customer feedback:

“There are things people can tell us and there are things they can’t,” he continues. “Both are really important but one of the dangers is to only do things people tell you to do. You would never do [new iPhone features] Live Photos or 3D Touch if you only listened to people. To innovate you have to look beyond. We used to say that we get paid to look around corners.”

The interview ends with Cue giving an interesting answer to a comment about high international roaming charges:

“It’s sad, it’s another problem,” says Cue. “We’re trying to fix it and we’re making a little bit of progress but you’ve got to convince a lot of people.”

Back in August, Apple was reportedly considering becoming its own wireless carrier as an MVNO. The company later denied that report. But Cue’s comment sounds like the company definitely has something up its sleeve.

For other news today, see: Dear founders of Peeple: we don’t need a ‘Yelp for Humans,’ Get your news at a glance with Vizo, and You are the accused in Indefinite: Interrogation Game. 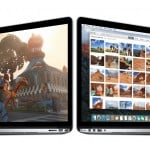 Apple releases iOS 9.0.2 with bug fixes for Podcasts, iMessage and more
Nothing found :(
Try something else