You are using an outdated browser. Please upgrade your browser to improve your experience.
Deals & Shopping
by Brent Dirks
November 2, 2015

And even now, there are a number of deals sure to catch the eye of any iOS device owner. Some of the best look to include a four-port USB car charger for $10.99, a four-pack of Apple-certified Lightning cables for $11.89, and a 3,000 mAH external battery pack for $9.99.

Anyone who is an Amazon Prime Member can also receive access to certain deals 30 minutes before the general public. A Prime membership costs $99 per year. And while free, two-day shipping is the main draw, there are also a number of great perks for any iOS device user. You can take a look at all those here.

Until the promotion ends on the actual Black Friday, Nov. 27, Amazon is promising “tens of thousands of deals.”

Overall, the deals so far don’t particularly look all that inspiring and similar to Amazon’s well-panned “Prime Day” back in July. But hopefully that will change as we get closer to Thanksgiving.

For other news today, see: Find ancient eggs and excellent game play in Rayman Adventures, Handy keyboard shortcuts are now available in OmniFocus 2, and Procreate 3 is ready for iPad Pro and Apple Pencil. 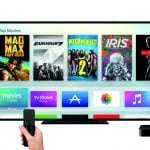 Oh Amazon, why don't you love the new Apple TV? 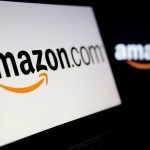 Amazon reportedly wants to create its own live streaming TV service
Nothing found :(
Try something else