You are using an outdated browser. Please upgrade your browser to improve your experience.
That iThingy You're Wearing
by Brent Dirks
November 19, 2015

One of the best to-do apps for the iPhone, Things, has gotten even better with a recent update. Version 2.8.2 focuses exclusively on improving the Apple Watch app.

Thanks to WatchOS 2.0, which was released back in September, Things now runs natively on the watch. Along with offering faster performance, that means you won’t need your iPhone close to run the watch app.

Here’s an interactive preview of the Apple Watch app from our sister site WatchAware.

But most importantly, the app now features three different complications you can view directly from a watchface. Here’s more from developer’s Cultured Code blog post:

The Modular watch face allows you to display Things’ largest Complication, which shows your next three upcoming to-dos.
Where space is limited, like on the Utility watch face, a one-line Complication shows you the very next thing you need to do.
Finally, Things provides a Complication that subtly shows your progress each day in a ring that looks great on any watch face.

You can also easily select one of the complications to automatically open the watch app.

Things for the iPhone/iPod touch can be downloaded now on the App Store for $9.99. A separate version for your iPad can also be purchased for $19.99.

Back in September, the iPhone app was updated to be fully compatible with iOS 9, including 3D Touch Quick Actions on the iPhone 6s and iPhone 6s Plus.

Things does a great job of being simple to learn and use while also offering a number of powerful features. My favorite feature is the Today List that focuses on tasks that can be accomplished right now. Definitely take a look at the app if you’re wanting to take your task management to a new level.

For other app news today, see: Be an elephant or a rainbow, just hold tight in Goat Rider, Black Boxes, the shade-combining, match-3 puzzler is coming, and Grab your pals and create your own content click with Riple. 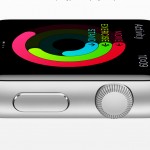 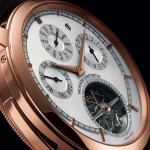 Apple Watch drives decline in Swiss watch exports
Nothing found :(
Try something else