You are using an outdated browser. Please upgrade your browser to improve your experience.
tvOS App Store
by Brent Dirks
December 9, 2015

Apple Music isn’t the only game in town on the new Apple TV. Popular music streaming service Pandora has just arrived on the tvOS App Store.

The app is optimized for the big screen and features nice album art images. Music fans can easily view different stations and search for specific artists, genres, or songs. 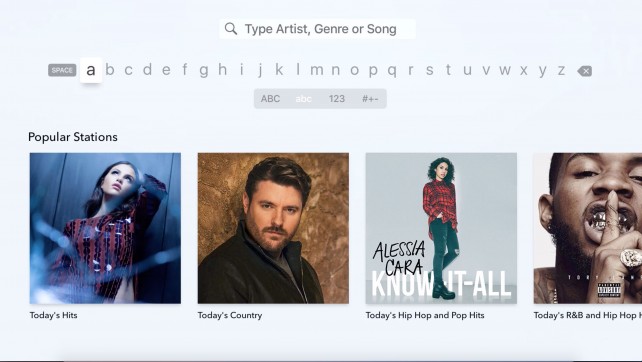 The app looks great on the big screen.

You can download the Pandora app now on the tvOS App Store for free. If you’ve already downloaded the iOS app, it will be in your Purchased section on the TV.

While the app is free, you can subscribe to Pandora One for $4.99 per month. That will give users an ad-free listening experience while also allowing more skips over songs.

Back in November, Pandora took a big step toward become even more entrenched in the industry. The company purchased “key assets” of Rdio. As part of the $75 million deal, Rdio will seek bankruptcy protection and wind down its streaming service.

Speaking of Apple Music, the big-screen version received a nice update with the tvOS 9.1 update, which officially arrived to the public yesterday. With full Siri support, users can simply speak into the remote and ask questions like “What was the top song for 1991?” or “Play Taylor Swift’s latest single.” That’s similar to what can be done on the iPhone or iPad.

For other app news and review today, see: Addappt now lets you block contacts and connections, Share on Instagram and add 3-D captions now with Fyuse, and Can you master the art of sliding blocks in BLOCnog? 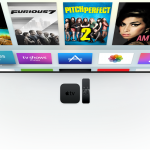 Eddy Cue talks about Apple TV past, present and future

New Apple TV ad touts apps as 'the future of television'
Nothing found :(
Try something else