You are using an outdated browser. Please upgrade your browser to improve your experience.
That iThingy You're Wearing
by Brent Dirks
December 11, 2015

Just in time for the holiday shopping season, there’s a new retail outlet to purchase the Apple Watch. Walmart has begun to offer the Apple Watch Sport and a number of other watch accessories through its online site.

The retailer isn’t offering any watches at its brick-and-mortar locations, but that could easily change soon.

Currently, you can purchase the space gray version with a black band or a silver case with a white band. The 38mm and 42mm editions are available for $349 and $399, respectively. The site is offering a number of other accessories like Sport bands and charging cables.

While it’s nice to see another place for users to pick up an Apple Watch, Walmart isn’t currently offering any discounts on the device – unlike competitor Best Buy. Right now, you can purchase a number of models of the Apple Watch and Apple Watch Sport for $100 off their retail price through the electronics retailer.

That means you can snag a 38mm Sport watch for $249 – one of the best offers we’ve seen since the wearable was released back in April.

Apple is rumored to be developing the second generation of the watch and will unveil the device sometime in March, along with the so-called “iPhone 6c.” The new watch will reportedly be thinner, sport an improved battery life, and possibly even feature a FaceTime camera.

But the current version – even with its flaws – does provide a lot of great features for any iPhone user.

For other news today, see: AT&T dishes up ‘Buy One, Get One Free’ offer on iPhone 6s, Apple’s annoying popup ads prompt iPhone 6s upgrades, and Season two of the gripping podcast Serial is now available. 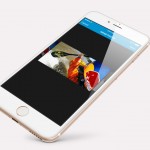 Now you can control your GoPro Camera from Apple Watch 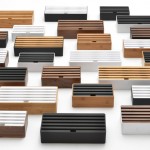 Reduce cable clutter and charge your iOS devices with AllDock
Nothing found :(
Try something else