You are using an outdated browser. Please upgrade your browser to improve your experience.
iDevices
by Brent Dirks
January 5, 2016

Now that the holiday shopping season has ended, a new report says Apple could be cutting orders for the iPhone 6s and iPhone 6s Plus.

According to Nikkei, a Japanese business newspaper, Apple is telling suppliers to reduce output up to 30 percent lower than planned for the January to March quarter.

The U.S. company had initially told parts makers to keep production of the iPhone 6s and 6s Plus for the quarter at the same level as with their predecessors — the iPhone 6 and 6 Plus — a year earlier. But inventories of the two models launched last September have piled up at retailers in markets ranging from China and Japan to Europe and the U.S. amid lackluster sales. Customers saw little improvement in performance over the previous generation, while dollar appreciation led to sharp price hikes in emerging markets.

Production output will apparently return to normal for the April to June quarter after the “inventory adjustment” is complete.

Even so, for the first quarter of Apple’s fiscal 2016, the company is widely expected to rack up record earnings and profits thanks to sales of the latest handsets. The results will officially be announced later this month.

This isn’t the first time Apple has apparently reduced iPhone orders. Back in early 2013, the company reportedly did the same thing for the iPhone 5. But that didn’t exactly stop the iPhone juggernaut from continuing to grow. And with an “iPhone 6c” and “iPhone 7” rumored to arrive in 2016, I suspect even more users will be jumping on the Apple bandwagon.

For other news today, see: Twitter seems intent on increasing the character limit for tweets, OmniFocus 2 has new icons, keyboard shortcuts, and more, and Quickly request help in an emergency with BlueLight. 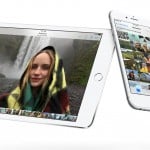 Ring in the new year with the exceptionally accurate Apple Watch
Nothing found :(
Try something else