You are using an outdated browser. Please upgrade your browser to improve your experience.
Music
by Aldrin Calimlim
January 29, 2016

Apple has officially stopped streaming iTunes Radio for free. Instead, the Pandora-like Internet radio service is now part of the subscription-based Apple Music.

The move is far from unexpected, though: It was announced by Apple a couple of weeks ago in an email to listeners.

In its announcement, the company said that after Jan. 28, the formerly ad-supported iTunes Radio would be available only through an Apple Music subscription (priced at $9.99 per month), with unlimited skipping of songs and without any commercials. The announcement coincided with, and therefore believed to be linked to, Apple’s separate announcement about the shuttering of its iAd App Network.

Now, sure enough, if you’re not an Apple Music subscriber and you try to play an iTunes Radio station, you’ll be prompted to join Apple’s premium music streaming service to proceed. The following screen appears in the Music app on iOS:

In iTunes on Mac, as noted by Apple Insider, the following message, titled “Get on Our Wavelength,” pops up when an iTunes Radio station is clicked by a non-Apple Music subscriber:

However, Apple’s much vaunted 24-hour curated Internet radio station, Beats 1, is still available for free. As noted by Apple in its announcement, “Beats 1 will now be the premier free broadcast so you’ll continue to get all the best music and culture there with world-class DJs like Zane Lowe and specialty programming from artists like Dr. Dre, Drake, Pharrell Williams, and more.” Several of Apple’s recent trademark filings suggest that Beats 2, Beats 3, Beats 4, and Beats 5 are in the pipeline.

Of course, only time will tell if moving iTunes Radio behind a paywall will compel more people to sign up for Apple Music, which has been reported to have reached 10 million paying subscribers since its launch in June 2015.

Apple Music was officially announced by Apple CEO Tim Cook to have had 6.5 million paying subscribers plus 8.5 million customers on free three-month trials in October. Apple Music’s first batch of paying customers came off the free trial period at the end of September.

As for Apple’s chief competitor in the music streaming business, Spotify, which was launched in October 2008 and offers a free ad-supported tier, announced in June that it already had 20 million paying subscribers out of its 75 million monthly users.

See also: Is there a problem with Apple Music?, Music Tracker points to serious privacy concerns in Apple Music, and Compose your next song with Apple’s new Music Memos app. 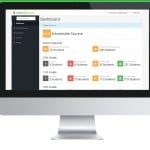