You are using an outdated browser. Please upgrade your browser to improve your experience.
Pocket Gaming
by Aldrin Calimlim
February 11, 2016

In the latest episode of The Walking Dead: No Man’s Land, the official mobile game of AMC’s “The Walking Dead” zombie-apocalyptic horror TV series based on the comic book series of the same name, you’ll be facing the deadliest enemies yet.

Developed by Compass Point: West creator Next Games in partnership with AMC, No Man’s Land is a role-playing game that mixes base-building strategy with tactical action reminiscent of XCOM.

In the game, with the expert tracker Daryl Dixon as your mentor, you’ll be hunting zombies aka walkers in locations taken straight from the TV show, training your group of survivors, upgrading your weapons, and joining other players in weekly challenges in exchange for exclusive rewards.

Launched in October last year, No Man’s Land initially featured 10 episodes of story missions. Before long, it was expanded with the release of its 11th episode in December and 12th episode in January.

And now, the game’s 13th episode is here. Titled “The Factory,” the new episode features, as mentioned, the deadliest enemies yet. Nope, we’re not talking about more walkers. We’re talking about other humans. As the TV show’s tagline goes, “Fight the dead. Fear the living.”

New weekly challenges with human enemies are set to begin this Sunday, Feb. 14, coinciding with the mid-season 6 premiere of the TV show. Happy Valentine’s Day!

The latest update to No Man’s Land also features new outfits from the TV show, including Wolf Carol, Merle, The Governor and more. It also adds bleeding and burning as new ways to hurt and get hurt, increases the level cap, introduces more weapons and armor items, and delivers various under-the-hood improvements.

Compatible with iPhone, iPod touch, and iPad running iOS 8.0 or later, The Walking Dead: No Man’s Land is available on the App Store as a free-to-play game.

The Walking Dead: No Man's Land
Next Games Oy
Free 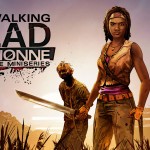 The first episode of The Walking Dead: Michonne will arrive later this month 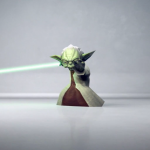 Size matters not as you battle to unlock Yoda in Star Wars: Galaxy of Heroes
Nothing found :(
Try something else