You are using an outdated browser. Please upgrade your browser to improve your experience.
iDevices
by Joe White
April 24, 2016

Apple could end up the worst-performing smartphone brand for 2016, according to KGI Securities analyst Ming-Chi Kuo. If this indeed happened, Kuo explains, it would be due to the next-generation iPhone's lack of innovation, alongside further intensification of market competition (from the likes of Samsung et al.).

I don't agree with much of what Kuo says here.

MacRumors has the note, and explains that in Kuo's opinion, Apple's global iPhone shipments “will fall short of analysts' consensus estimates of 210 to 230 million units in the 2016 fiscal year.” He adds that “in a worst case scenario,” iPhone shipments for the current fiscal year are expected to finish at 190 million units: this would be 3 million units less than Apple sold in 2014, and would see an 18 percent reduction in shipment growth. Yet even in a best case scenario, the results aren't great.

This is because Kuo, at his most deliriously optimistic, anticipates iPhone sales of 205 million units for the current year. This is still 5 million less than analysts (and investors) are expecting from the company, and it won't do Apple stock much good.

However, despite all of the above, Kuo nevertheless sees Apple as being the only global top five smartphone brand to see shipments decline in 2016 (with the other brands being Samsung, Huawei, Oppo, and Vivo). He writes:

Given the fact that shipments fell YoY for the first time in 1Q16, we don't think large-screen replacement demand will contribute much to growth. To sustain growth, the iPhone needs to come up with more innovative features to revitalize the user experience, for example in form factor design, software and hardware specs. We don't see many attractive selling points for iPhone 7 in 2H16 and are conservative on 2H16F shipments. While we revise up 2016F iPhone SE shipments from 12mn to 18mn units, this won't offset overall iPhone shipments decline.

Kuo adds that iPhone SE shipments for 2016 will prove “insignificant,” and aren't going to bolster Apple's figures in the way some might have hoped.

There are three main reasons for the position of Kuo and KGI Securities:

I don't agree with much of what Kuo says here. It seems ridiculous to call for a radical hardware redesign for the sake of a redesign alone – there was a big shift with the iPhone 6 a couple of years ago, and the “iPhone 7” is expected to build on this through removing the audio jack, fixing the camera bump, and offering a lighter, thinner frame for the handset. This would be a good enough change for me; in fact, I'd be annoyed if Apple moved towards a less practical design just for the sake of pleasing the customers calling for a radical change.

Apple's iPhone 7 should be announced at some point in September, and we'll get a glimpse of the software that'll power the upcoming device at WWDC this June. It'll be interesting to see what Apple comes up with this year, and if it's enough to please customers who, like me, are due an upgrade. 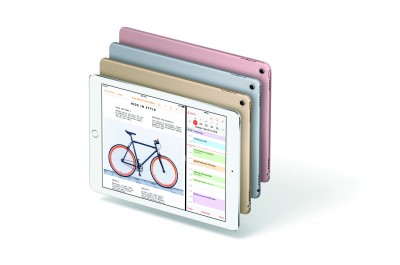