You are using an outdated browser. Please upgrade your browser to improve your experience.
iDevices
by Brent Dirks
February 8, 2017

With the top-of-line 2017 iPhone expected to sport a number of new technologies, be prepared to pay up. According to a new report from Fast Company, the iPhone 8 cost could be more than $1,000.

That’s price point wouldn’t exactly be a surprise as the most expensive iPhone 7 Plus is $969 for a version with 256GB of memory.

According to the site, the new OLED display that stretches across the entire front of the phone, will costs Apple twice as much as current LCD displays in the iPhone 7 and iPhone 7 Plus. The new handset could also receive a bump in memory:

The new 5.8-inch phone will probably be called the iPhone 8, but some believe Apple will call it the (far cooler-sounding) “iPhone X.”

The new phone will look something like a smooth black monolith, with few visual interruptions to its sleek design

Meshing with previous reports, Fast Company says Apple will also unveil a phone with a 5.5-inch and 4.7-inch screen called the iPhone 7s Plus and iPhone 7s, respectively. Those handsets will have the usual LCD screen technology.

As for the iPhone 8 design, the site source’s said that the iPhone 8 back will be made from glass instead of aluminum. It may also have a “far bigger” battery than the iPhone 7 and iPhone 7 Plus and offer some type of 3-D sensing technology. Interestingly, more than just the home button may be disappearing:

Apple has been working to remove the physical Home button from the iPhone, our source says, relocating it underneath the display surface. It would become a button to touch, not press. Our source says the technology is still “evolving” but that Apple is likely pushing hard to get the new Home button into the iPhone 8, which it hopes will be the most feature-rich iPhone ever.

There’s even a chance that the physical buttons on the sides of the iPhone may go away, our source says, replaced by touch-sensitive inlays in the metal.

More news about the handsets

More news about the handsets

If you’re interested in learning more about the next-generation lineup, make sure to visit our iPhone 8 rumor roundup section that will be continuously updated until the handsets are revealed sometime this fall. 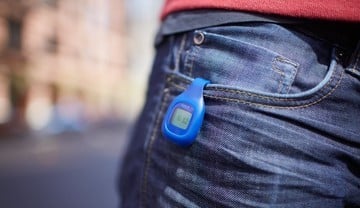