You are using an outdated browser. Please upgrade your browser to improve your experience.
by Christine Chan
March 22, 2017 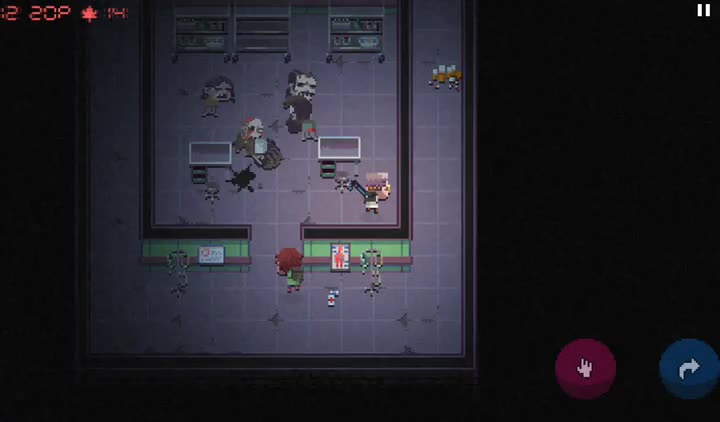 Death Road to Canada ($7.99) by Rocketcat LLC and Madgarden is a road trip action RPG that’s filled with humor, zombies, and plenty of randomized goodness. Think of it as “The Oregon Trail” meets “The Walking Dead.”

When I was a kid in elementary school, I remember playing “The Oregon Trail” on the school computers whenever we went to the lab in the library. While it was supposed to be an educational experience, I remember being addicted to that game every time I played. It was just fun to see how far I could get each time, and how many times my party would die from dysentery before I’d ever reach Oregon. So when I first heard about Death Road to Canada, I was definitely intrigued and couldn’t wait for it to come out on iOS, because hey, it’s a zombie apocalypse version of “The Oregon Trail,” what’s not to love? Plus, it’s from Rocketcat, which are the developers behind awesome games like Wayward Souls and Mage Guantlet, so I knew I had to have it. Now that it’s out, it doesn’t disappoint, though there could definitely be some improvements made. 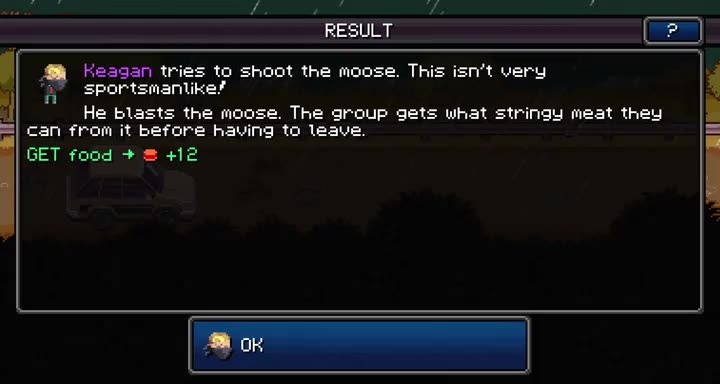 Death Road to Canada, like the other Rocketcat games, features a cool retro pixelated art style that serves as a great homage to classic games. Even with such an old-school graphics, the developers have managed to pack in plenty of detail in DRtC, from the various characters that you’ll come across along the journey, to the myriad of walking undead, to the different types of vehicles and buildings you’ll find, to the dynamic lighting effects that affect the overall tone and mood of the game. You’d think that the zombies and humans would only have several different appearances, but there is a character editor for customizing your own humans, and all zombies have their own unique look. Needless to say, a lot of thought has been put into what the potential undead and living would look like in DRtC. Animations are smooth and fluid during the game, so I had no lag on my iPhone 7. Since the game is reminiscent of “The Oregon Trail,” there is a bit of heavy reading when it comes to various scenarios, but the vintage pixel text is easy-to-read and the buttons for choices are large and friendly for everyone. There are also vintage effects like scratches, grain, and glitch on the screen to give it that old-school aesthetic, but they can be turned off in the settings if you want. DRtC also has an awesome chiptune soundtrack that is sure to delight fans of the genre and the sound effects are fun. In terms of visual and audio design, Rocketcat and Madgarden have another hit on their hands.

With DRtC, players will find a procedurally generated adventure each time they play, which means completely randomized characters, locations, weapons, and events. While this may not be a preference for everyone, it does mean that the game is never the same thing twice, which is refreshing. There are three game save slots available in case you have multiple trips going at the same time, and there is a full character customization editor in case you don’t want to have a random set of crew members during the zombie apocalypse. On your first launch of the game, there will be a tutorial that shows you the ropes, and it’s recommended to go through it, though it’s completely optional. One thing that players will be able to notice from the get-go is the fact that DRtC is not a serious game, and it is rather humorous, as you can tell from the sometimes over-the-top characters and text that describes characters and scenarios. While the game does take a bit to get used to (plus it’s pretty difficult), you just can’t stop coming back to it.

Unfortunately, the controls in the game are somewhat tainting my experience with DRtC. A lot of the game is done through text screens that describe scenarios and you just tap on a button with the choice you want to make, but the parts where you have to explore and battle can be a bit annoying with the current control scheme. To move, just drag your thumb around in the bottom left corner area of the screen. You can interact with objects (such as pick them up) with the action button (indicated by the hand icon) that is located in the bottom right area of the screen. Another button adjacent to the action button lets you switch to your ranged weapon, if the leader character you are currently controlling has one. To attack with melee weapons, just tap anywhere in the right half of the screen.

My problem with the controls is the fact that since there isn’t a virtual joystick that’s visible, I often found my thumb drifting towards the center of the screen, which would get in the way of seeing what’s around me. I also noticed that my character would be facing one direction while attacking, but it would be hard to make them turn around quickly enough to attack something coming up behind them. This led to my death a lot, and it’s a bit frustrating, to say the least. There are customization options for the controls, though it’s just for adjusting the drag and dead zone for movement, and swapping sides with the attack button. I hope that the controls are better optimized in the future so that they’re more responsive and make your character react quicker, because it’s annoying when you try to attack something behind you and fail miserably while it’s chowing down on you. It would also be nice to have MFi controller support in DRtC, because this is the type of game where those controllers would shine.

Before you and your crew go off the road to explore and look for supplies and weapons, you’re able to equip gear on them for the situation. Each character can hold up to three weapons, and it’s best to have different options that best suit the conditions. After you are done scavenging around for supplies in a location, you’ll always want to make your way back to the exit to reach your vehicle (or travel by foot if you’re out of gas). While you’re on the road, you’ll see events pop up, and this is how you check on how your crew is doing by means of how much food or gas is used, their morale status, and other little events like increasing their stats. You always start out with two characters in your team, but you’ll have the option of recruiting people along the way, but watch out — not everyone can be trusted.

Aside from the clunky controls, Death Road to Canada is an enjoyable title that offers plenty of replay value. The retro pixel art graphics bring a smile to your face, the music and sound effects are awesome, and the gameplay is rather challenging. Believe me — you will be dying a lot in this game, but it doesn’t get tiring because each attempt brings a fresh new set of characters and events to encounter, and hey, who doesn’t like to bash in zombie hordes? The character customization is also fun, because you can create characters that represent your family, friends, and even frenemies, and have them be an awesome team member or eaten by zombies, your choice. I just hope to see better touch controls in a future update, as well as support for MFi controllers, which is supposedly coming in the next update, so sooner rather than later. Still, DRtC is a fun action RPG that is worth a look, especially if you were a fan of “The Oregon Trail” and “The Walking Dead.”

You can find Death Road to Canada on the App Store as a universal download for your iPhone and iPad for just $7.99. The developers are planning to raise the price with each update release (it will be $8.99 in two weeks), so now is the best time to buy. Death Road to Canada is also available on Steam for $10 until March 27 (normally $14.99). 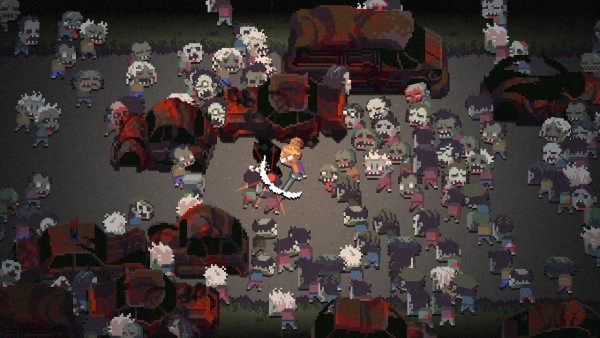 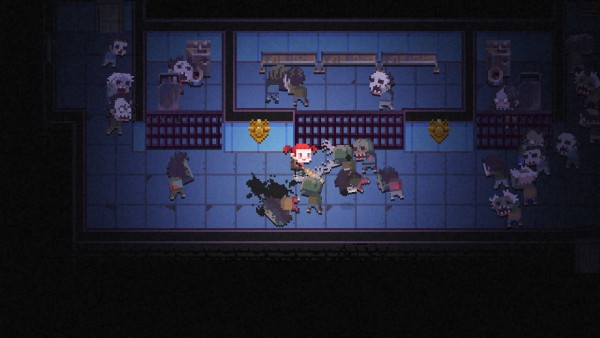 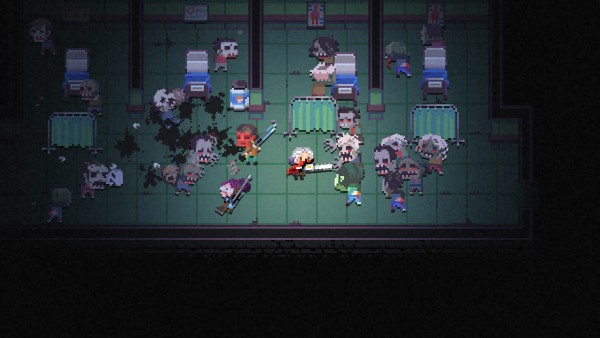 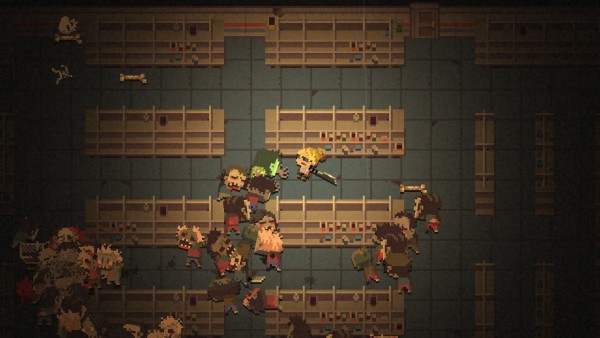 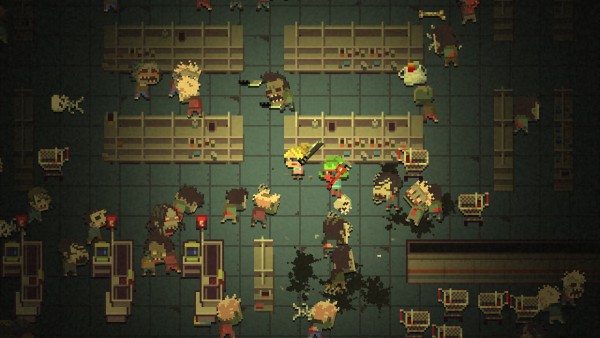 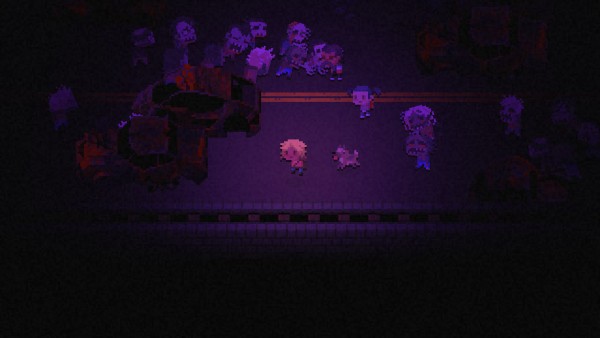 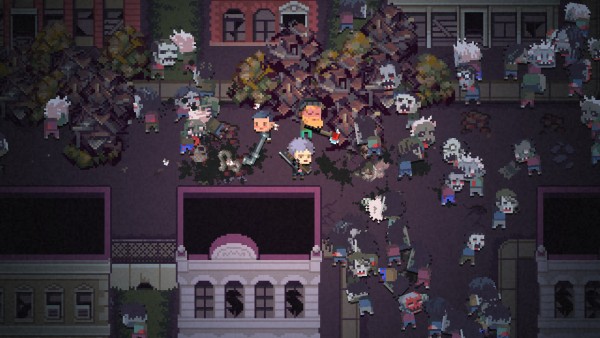 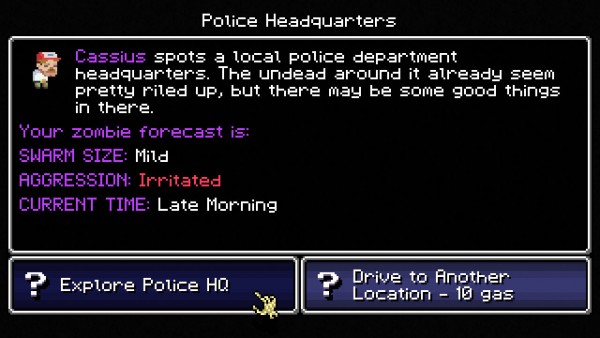 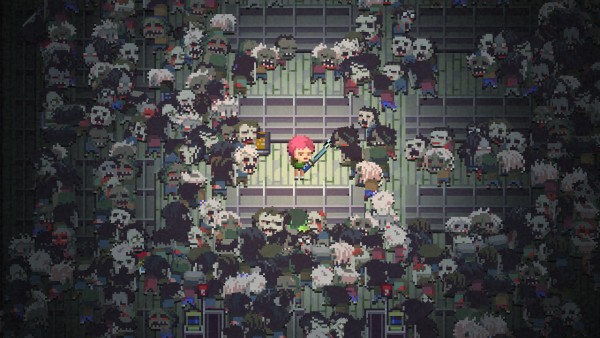 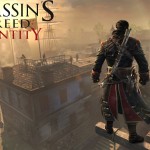 At long last, Assassin's Creed Identity is officially out on iOS