You are using an outdated browser. Please upgrade your browser to improve your experience.
by Christine Chan
March 11, 2016 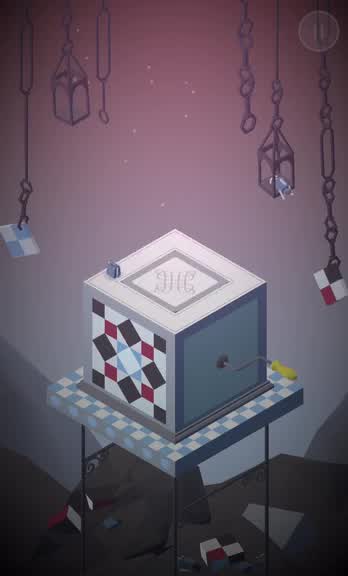 Even though I spend several hours of my day on my 3DS for handheld gaming, I still do my fair share of mobile gaming on my iPhone. After several years here at AppAdvice, and going through hundreds of different games on the App Store, I must say that one of my favorite genres is still the puzzle. There’s nothing like a good puzzle to help me unwind after a long and stressful day, and after the likes of Monument Valley, I love finding a game that is more about the experience, in addition to solid gameplay. When I saw Dream Machine on the App Store, I was instantly reminded of Monument Valley — it’s clear where this game got its inspiration from. However, there’s enough differences between the two that allow Dream Machine to stand on its own. 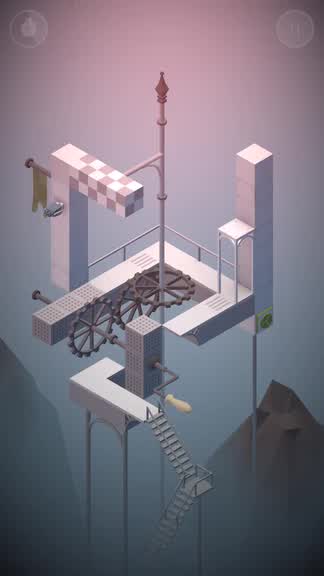 In terms of visuals, Dream Machine is beautiful, though there will be some criticism that it looks too similar to Monument Valley. The game sports a minimalistic aesthetic with softly colored backgrounds and 3-D rendered geometric shapes that form the Escheresque-style architectures. From a distance, the layouts appear simple and straightforward, but upon closer inspection, you’ll be tricked and deceived by the optical illusions. Things are not always as they appear, but Dream Machine still manages to be a beautiful package on your Retina screen. There’s a bit of a hazy overlay to the stages here, making it feel even more like a dreamscape and living up to the name. Animations are smooth and fluid, and there is an ambient and atmospheric soundtrack that is delightful to listen to as you play. For the best experience, grab your earbuds or headphones.

Dream Machine : The Game has an elementary but still interesting storyline, which I believe is designed to help make you think about things from a different perspective. In the beginning, you’ll see many small robots that are all working on their typical job in a cold and inhumane factory. Then you notice one robot fall asleep on the job, which is taken into account of immediately. After just a few moments, your robot friend is in a world full of new machinery, and it becomes a journey of breaking free from conformity at the workplace and finding freedom for your robot buddy.

Like typical puzzle games, Dream Machine is split up into different chapters that have their own set of levels. Some stages will be short and straightforward enough, while others are a bit more lengthy and take some more time to complete. However, one thing is clear — while the game looks like Monument Valley, the gameplay is closer to what you would find in Back to Bed, another Escheresque puzzle game. That is because your little robot character moves forward automatically, taking turns when necessary, so it’s your job to help guide him to the end of each section of a puzzle.

The controls in the game are simple and easy to learn. As the robot moves, you can tap on it to turn around at any time. If you tap-and-hold down anywhere on the screen, your robot will stop walking until you lift your finger. A 3D Touch allows you to change your robot’s speed, which is useful when timing is necessary to get across bridges and other gaps. When you see levers, switches, and wheels, just interact with them using your finger — they’ll affect the architecture in some way and form, so you must learn what they do first and use them to guide the robot to the end of the stage. As new mechanics are introduced, there will be instructional arrows and tips that tell you how to do them. 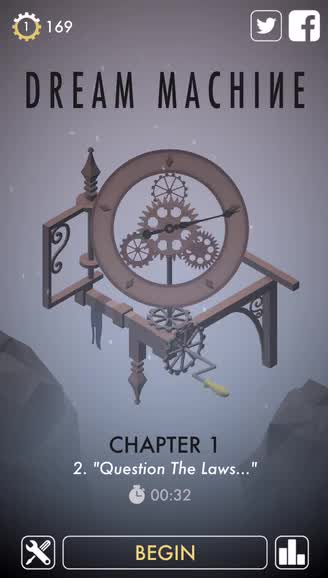 Another thing that sets it apart from other games of its calibur is the fact that there are boss battles in Dream Machine. The bosses will be the oppressors that demand conformity from all, but in a game about getting your freedom, all you can do is rebel and fight back.

While Dream Machine can be just another relaxing puzzle game, players are rewarded for being speedy when it comes to completing stages. The faster you are, the more “cogs” you’re awarded at the end of a level. These cogs are used to get upgrades for your robot, which mean faster completion times and better scores on the global Game Center leaderboards. With these factors taken into consideration, Dream Machine has a bit more longevity and replay value than the rest, which is nice.

I’ve only spent a bit of time with Dream Machine : The Game so far, but I’m rather enjoying what it has to offer. Yes, the graphics are beautiful though almost clone-like of Monument Valley, but the game adds a whole new layer of depth to the established game mechanics that Monument Valley popularized so that Dream Machine stands entirely on its own. Personally, I think Dream Machine is just a much welcome improvement over a classic, and there is plenty of fresh new elements to the game that will make you want to keep coming back. I’m not sure how long the game is since I’m still in the beginning, but I’ll be playing this one through to the end and eagerly await any additional level packs in the future, if that’s what the developer is going for. Seriously, Dream Machine is a great addition to any optical illusion puzzle game fan.

I highly recommend not writing off Dream Machine : The Game just because it looks like Monument Valley. The game has a familiar style, but plenty of new mechanics that make it into its own challenging game. You can find Dream Machine : The Game on the App Store as a universal download for your iPhone and iPad for just $0.99 for a limited time only. There are no in-app purchases.

Back to Bed
Bedtime Digital Games 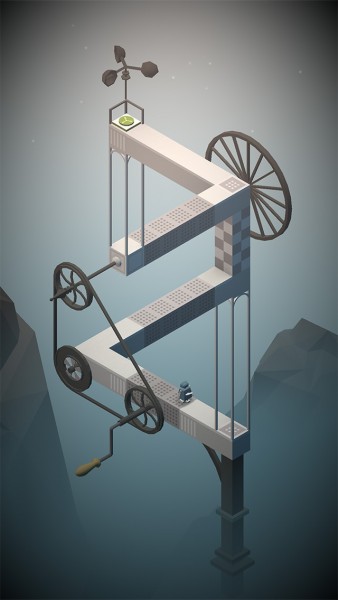 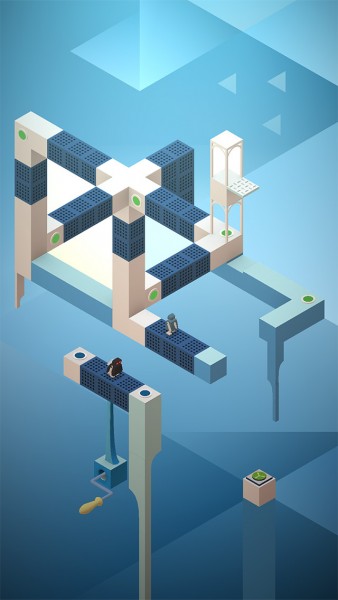 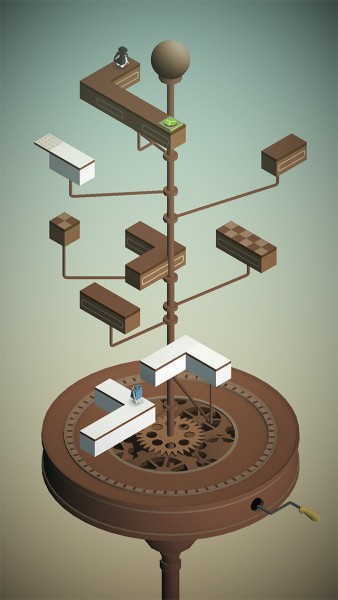 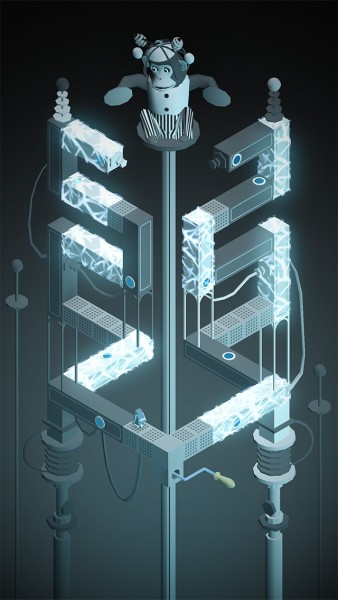 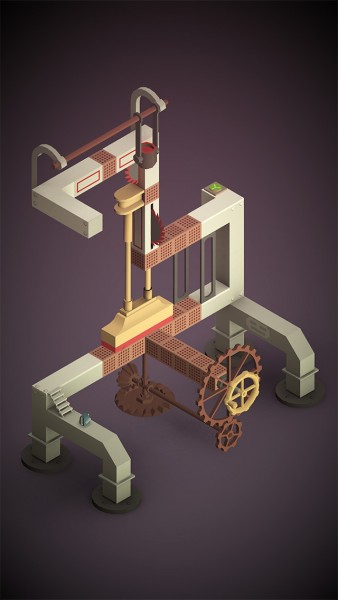