You are using an outdated browser. Please upgrade your browser to improve your experience.
by Christine Chan
June 23, 2016 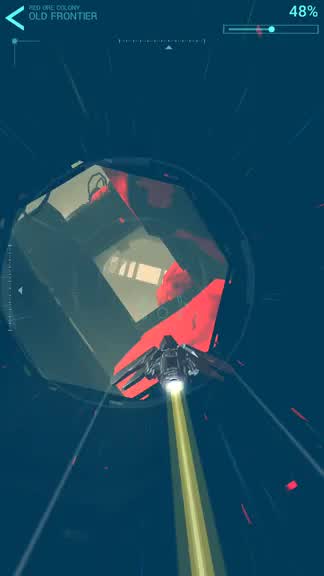 Hyperburner ($2.99) by Patrick Cook is an high-speed space flier that will make you feel like you’re truly in the future. If you enjoyed games like Boson X, Race the Sun, and Power Hover, then you will love what Hyperburner brings to the table.

While we are now in the year 2016, I still don’t see the flying cars and solid plans for living on another planet just yet, all of which I dreamed we would have by now as a kid. It’s a bit disappointing, I know, but I’m sure we will get there…eventually. I suppose that’s one reason why I enjoy burying myself in sci-fi themed television shows, movies, and even games. Honestly, who wouldn’t want to fly a futuristic spaceship at super fast speeds through amazing new galaxies and worlds? Naturally, when I heard of Hyperburner a few months ago, I knew that this was something I had to get my hands on. Now that it’s finally arrived on the App Store, I am not disappointed. 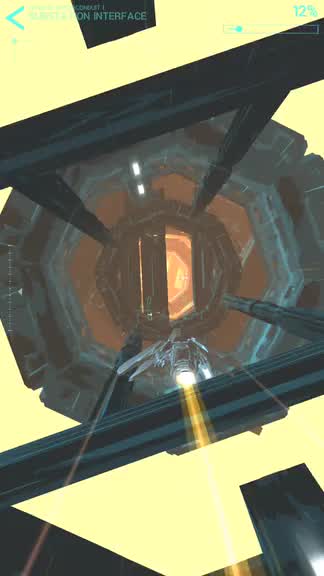 Visually, Hyperburner is rather impressive, and it can be played in your choice of portrait or landscape mode. The game takes place in the future with a distant colonial solar system, so that means gorgeous intergalactic settings that you’ll be flying through at high speeds. The game is rendered in 3-D and looks amazing, with enough depth to make you feel like you’re there. Hyperburner features six different zones that all have their own distinctive traits, and the colors in the game range from bright and vibrant to soft pastels. Regardless of the area you’re in, you’ll see every last bit of detail in the environment and even the ship you’re flying — the developer cut no corners here. Animations are incredibly smooth and fluid as you play, which is important since everything is rather fast-paced. I experienced no lag on my iPhone 6s Plus, but keep in mind that the game is only compatible with iPhone 5 or higher, and iPad Air or higher. I also love the soundtrack that plays in the background — it’s full of catchy techno music that fits in well with the space and sci-fi theme. The end result is that the developer put together a fantastic visual and audio package in Hyperburner, and it’s well worth the money to experience it for yourself.

As mentioned, Hyperburner features six different zones in the game, and there are about five different stages to each of them. For these set levels, there is an endpoint that you must reach before moving on to the next stage, whether that be the next one in the sector or the next level recommended by the game itself. You’ll be able to see your progress through a stage in the upper right corner, though it may be hard to take your eyes away from the action so you don’t crash, but later levels will be harder to complete since the obstacles become trickier with movement patterns and your ship’s speed is increased. As you play the game and do well, you’ll unlock different ships to fly (with their own strengths and weaknesses, like shield strength), even faster speeds, and the challenging endless mode. All-in-all, the gameplay and additional content to discover keep things fresh and interesting, so you will definitely keep coming back to this one for a while. 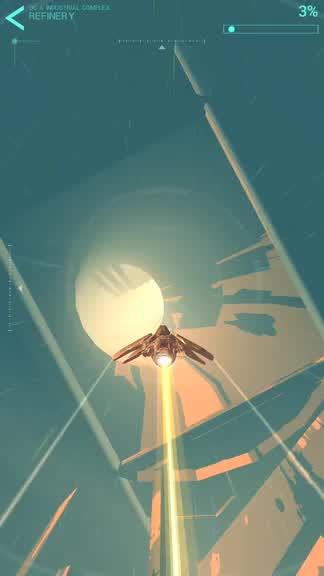 Controls in Hyperburner are incredibly simple and intuitive. All you have to do is drag your finger around to move the ship left, right, up and down. The moment you lift your finger from the screen, the game pauses, and continues immediately when your finger is back on the screen. It’s seamless and just makes sense for this type of game. If you crash into an obstacle along the course, the run ends but you just tap on the screen to re-spawn at the beginning and try again. Since there are no checkpoints during the course, you’ll have to make it to the endpoint in one go if you want to clear it, so while it sounds easy, things get much more challenging in later stages. Chances are you’ll be dying quite a bit in the game (mastering it is difficult), so having instant re-spawns is nice.

I’ve only downloaded Hyperburner yesterday, but I’ve been playing the game a lot since it landed on my iPhone. The game looks beautiful, the music is quirky and fun, and the gameplay itself is immersive and challenging. Having simple and responsive controls wraps up the great experience, and I’m just having a hard time putting the game down. I just hope to see more stages added in the future so the variety in levels never ends.

I highly recommend checking out Hyperburner, especially if you’re into sci-fi at all or just love space fliers. Hyperburner is on the App Store as a universal download for your iPhone and iPad for just $2.99. There are no in-app purchases. 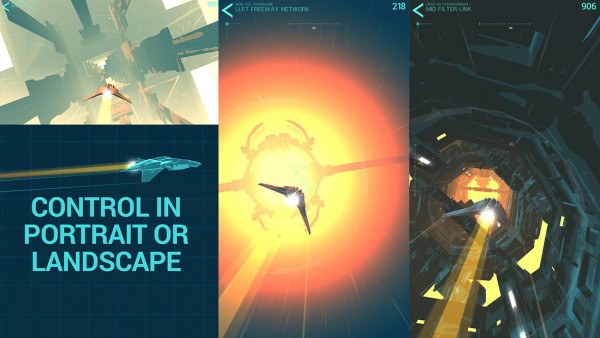 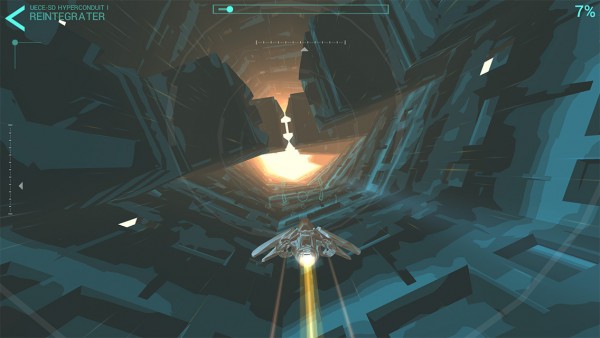 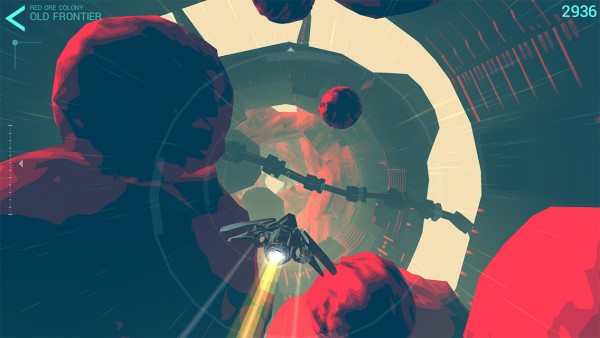 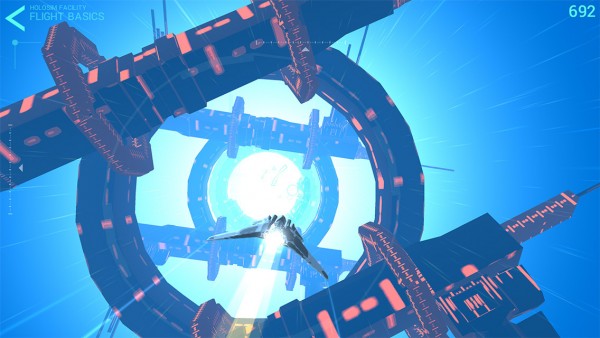 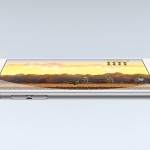 Help Junior fight off the undead in Jr's Mad Dash 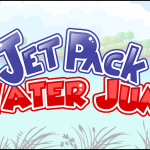 Hop your way to victory in Jetpack Water Jump
Nothing found :(
Try something else