You are using an outdated browser. Please upgrade your browser to improve your experience.
by Christine Chan
January 18, 2017 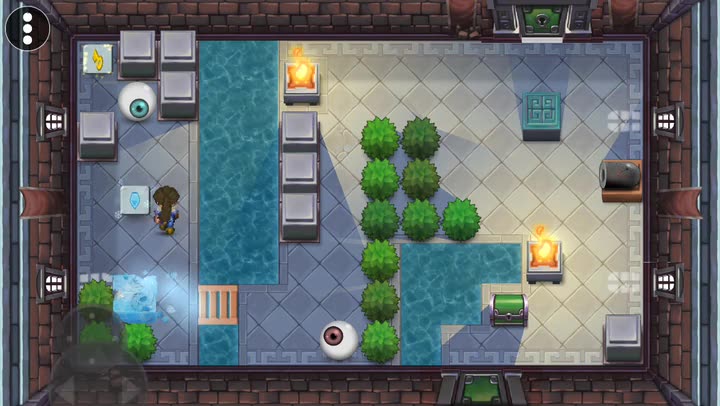 Journey of Haha ($1.99) by Sergio Arrascaeta is an adventure puzzle game where you must use your brains to get through the tower, rather than speed or strength — who would have thought of that? If you like a good puzzle adventure game, such as Ninja Boy Adventures, then you will get a lot of enjoyment out of Journey of Haha.

While I love games of all kinds spread out across various platforms, I can’t help but be drawn to puzzle games when it comes to mobile on iOS. The touch screen works well for these types of games, and even though I turn to games to take my mind off of reality for a while, I prefer to keep my mind stimulated and puzzle games do a fantastic job of this. If you’ve been following my work here at AppAdvice for the past few years, then this should come as no surprise to you. Though it feels like I’ve gone through every type of puzzle game that the App Store has to offer ever since it launched in 2008, I can’t help but get intrigued whenever new ones hit the store, and Journey of Haha was one that definitely caught my eye. If you’re a fan of puzzles, then Journey of Haha does not disappoint. 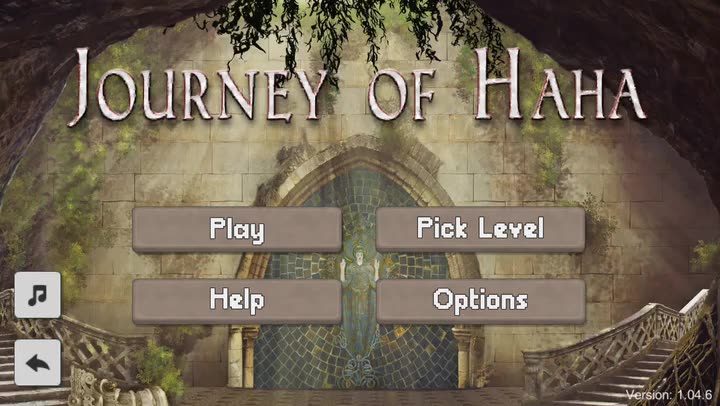 In terms of visuals, Journey of Haha is beautiful. The game features a retro pixelated art style that will appeal to anyone who grew up with the classic consoles of yesteryear, and the 2-D top-down rendering makes it easy to see everything in a single view. Despite the vintage graphics, all of the tower rooms are packed with incredible amounts of detail, ranging from the textures of the floors and walls, to the blocks, grass, enemies, and even the character sprite of Haha herself (yes, her name is Haha). Animations in Journey of Haha are smooth and fluid, so I had no lag on my iPhone 7. I did think that the movement of Haha herself felt a bit slow sometimes, which is partly due to the controls, which I’ll get to in a bit. The game also has a rather atmospheric soundtrack that is both captivating and engaging, making it a delight to listen to as you figure out the puzzles that lay ahead of you. For a small development studio, I think that the developers did an excellent job with the look and feel of Journey of Haha.

Like many other puzzle games before it, Journey of Haha is level-based. At the moment, there are eight different floors of the tower that you must guide Haha through, and each chapter has eight stages in it, except for the final one, which has four. All levels are locked until you clear the one before it, so the game is incredibly linear in that respect. However, once you beat a stage, it’s available to pick from the Level Select screen, and you’ll want to do this if you care about acquiring a perfect three stars on every stage (depends on how fast you can beat it). The goal of the game is to help Haha find and collect all of the keys in a room to unlock the door to the next, until you reach the top of the tower. However, there will be traps, obstacles, and foes that will try and stop you from achieving your goal, naturally. The enemies you’ll come across range from benign to deadly, so watch out!

The controls in Journey of Haha are as simple as they come. To move Haha, just drag around the virtual joystick in the bottom left corner with your thumb. Having Haha move over keys will have her collect them, and running into blocks lets you push them if they can be moved. As more puzzle mechanics get introduced, you’ll find various buttons in the bottom right corner, such as freezing enemies into ice blocks so that they can be moved, or you can freeze them twice to destroy them. The game introduces new elements of the game to you at a gradual pace, and everything builds on top of what you already know, so it’s never overwhelming. 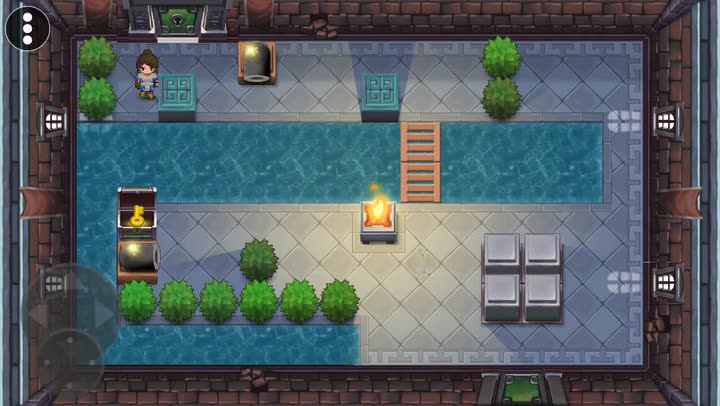 The only issue I have is the fact that the movement feels a bit slow, and the joystick goes wherever you place your thumb, which can be annoying — there should be an option for a fixed virtual joystick so that you can train your muscle memory instead of having it go all over the place. Hopefully the developers can fix this in the future.

Once you gather up all of the available keys, it will unlock a chest that contains the last key or item you need before the door opens. Sometimes an enemy will awaken at this moment as well. When you get the last object, the door opens and the moment you pass through the door, you have cleared the stage and the game reveals how you did. If you met the threshold for the fastest clear time, you will earn three stars. Otherwise, you’ll only get one or two, depending on your speed.

I’ve just started Journey of Haha in the past day, but so far I am enjoying it a lot. As a big fan of puzzle games on iOS, I feel that this is another worthy gem that deserves a spot in my collection. The visuals are downright stunning and a nice throwback to the golden age of gaming, and the music is soothing. While the puzzles start off pretty easy, I like that the difficulty does ramp up but at a gradual pace that will never feel overwhelming, and it’s great that the puzzle mechanics just continue to build on one another, because the transition is rather seamless. I just want to see more customization and optimization with the controls, so hopefully the developer can fix that in a future update, and perhaps add more levels.

I recommend giving Journey of Haha a try if you’re looking for an adventure puzzle game to keep you entertained. You can find Journey of Haha on the App Store as a universal download for your iPhone and iPad for just $1.99. There are no in-app purchases. 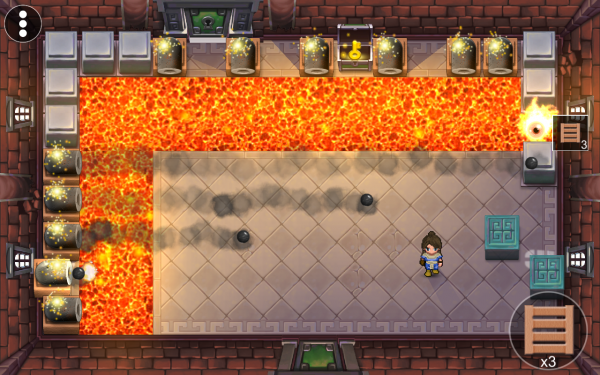 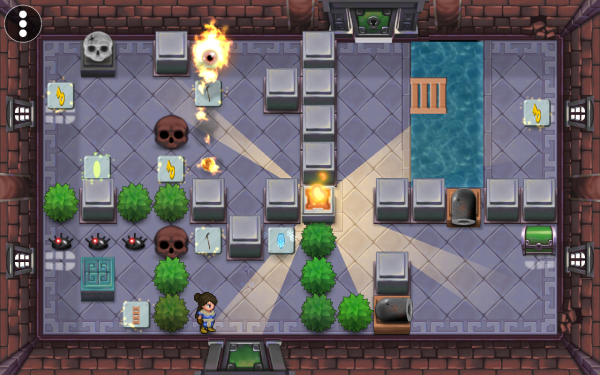 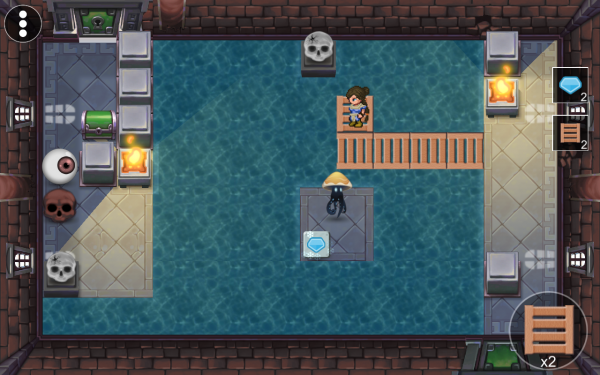 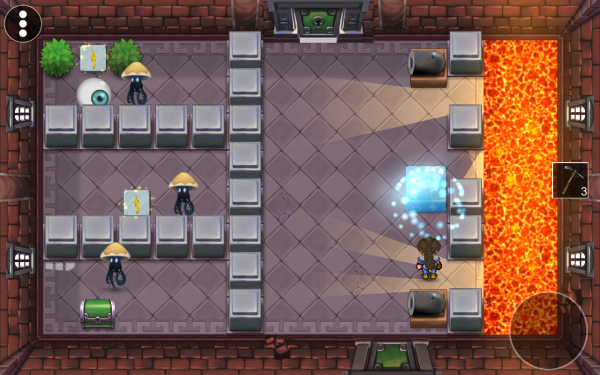 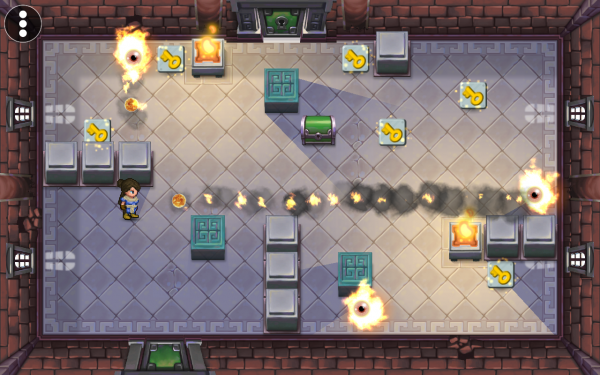 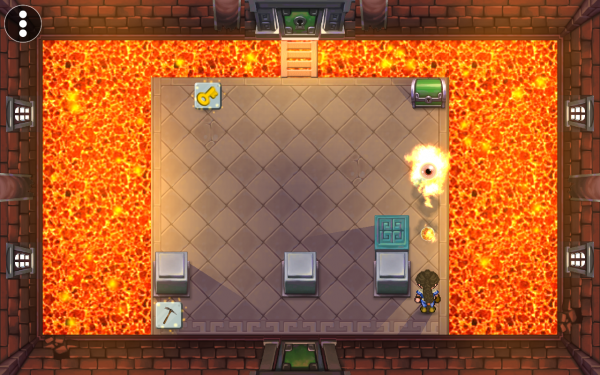 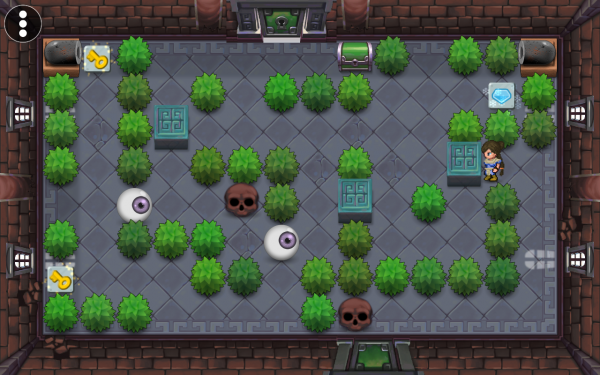 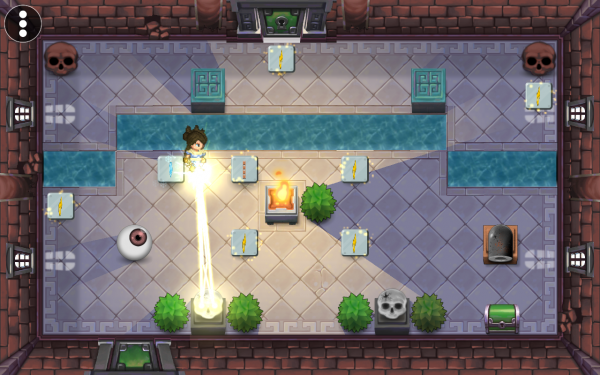 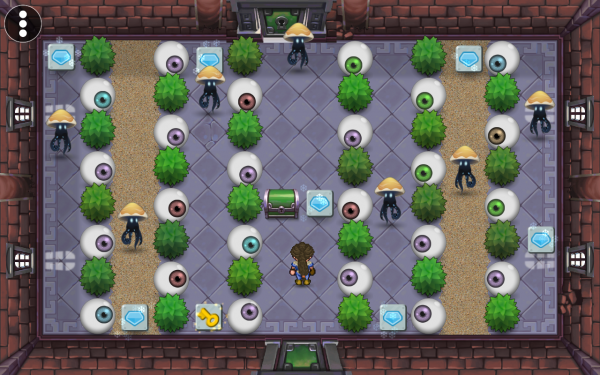 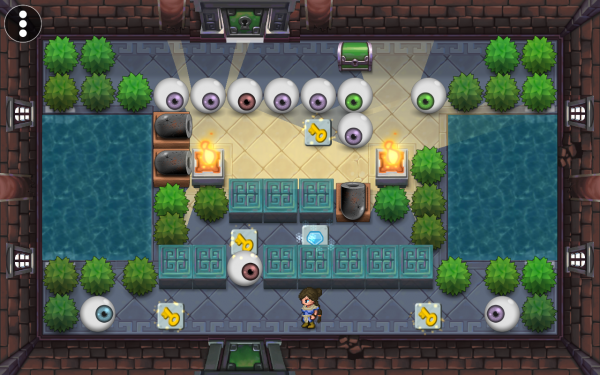 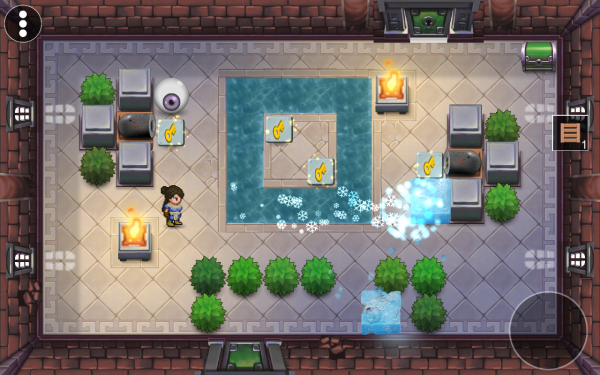 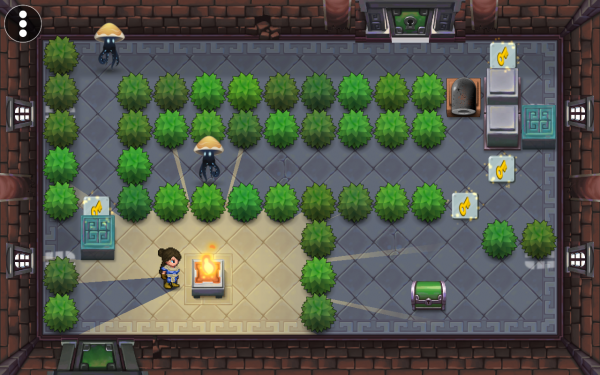 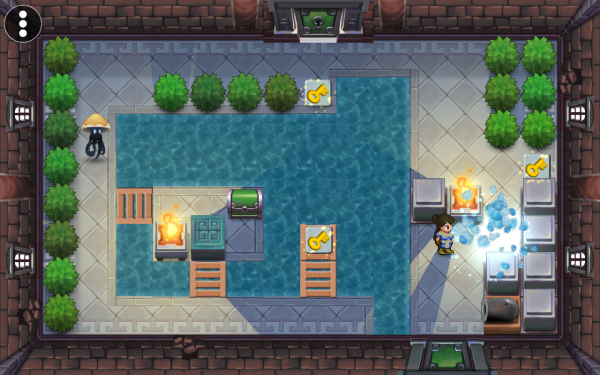