You are using an outdated browser. Please upgrade your browser to improve your experience.
by Christine Chan
August 11, 2015

KOI - Journey of Purity ($0.99) by dawei lee is a puzzle game about koi fish and purification. If you have been in the mood for relaxing puzzle games lately, such as Prune and Spider: Rite of the Shrouded Moon, then you may get a kick out of Koi – Journey of Purity.

These days, while it seems that most of my gaming is on my 3DS, sometimes I just want to unwind and kill some time with some games on my iPhone. When this mood strikes, I always prefer a puzzle game, because they’ll keep my mind in check with stimulating challenges, and they’re just downright fun to play. I’ve gone through hundreds of puzzle games on my iPhone through the years, but I’m always looking for more. So naturally, when I saw Koi on the App Store, I was intrigued and had to check it out. 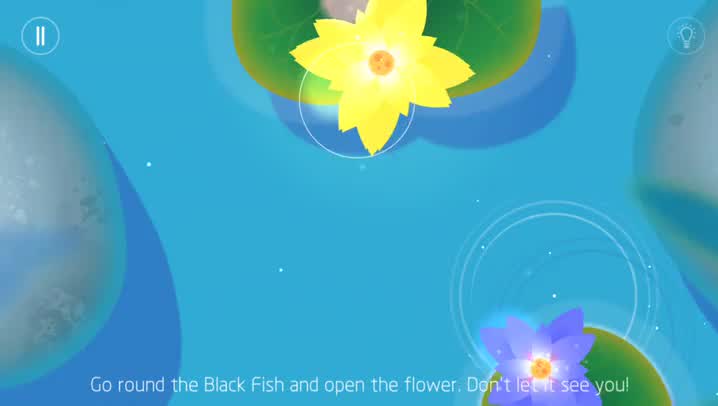 The visuals in Koi – Journey of Purity are stunningly beautiful, especially on Retina screens. The different pond layouts that you’ll be swimming in are bright and vivid, and the various objects, such as rocks and lily pads, are textured and detailed, though the overall aesthetic of the game remains flat. Each fish that you’ll encounter will be of different colors, but they all contrast nicely with the rich blue backgrounds of the pond. The flowers you need to open up to advance look gorgeous when they bloom, and the particle effects used are nice. Animations in Koi are smooth and fluid, so I had no lag on my iPhone 6. To top things off, Koi has a soothing and atmospheric soundtrack that is a joy to hear, and it is recommended to get some earbuds so you fully immerse yourself in the game.

Like most puzzle games you encounter, Koi is level-based, though it’s a bit different from the standard and straightforward level model. At the moment, there appears to be nine stages, but each one of these consists of multiple parts, so it’s not as short as it first seems. Unfortunately, there doesn’t seem to be a checkpoint system, so if you mess up and want to try again, you’ll have to start all the way from the beginning, which can be a bit frustrating. The objective for each stage is to gather up the small, colored fish and bring them to the like-colored flower to make them blossom, causing light to spill out and purify the large, black koi fish. Sometimes you’ll need to gather up small flowers first, or solve a Simon Says-like mini-game when there are dead branches in the way. Watch out for those black koi fish, as they can kill the small, colored ones and even you if you aren’t careful.

The controls in the game are supposed to be simple in concept, but I found the execution to be flawed. It seems that you can control the fish’s swimming movement by doing a long-press in the direction where you want to swim in, or swipe and flick your finger around. Either way, the fish didn’t seem to have precise movement, as it always appeared a bit off from where I wanted it to be, or it swam too quickly, making it much harder to control. Perhaps I just need more practice, but it just doesn’t feel optimized. A button appears when you can interact with an object, such as a flower or branch. It would be great if you could use a pinching gesture to zoom out and get a better view of the map, because sometimes you swim too fast and it’s hard to steer out of an obstacle that suddenly appears. Hopefully the developers can implement better controls in an update. 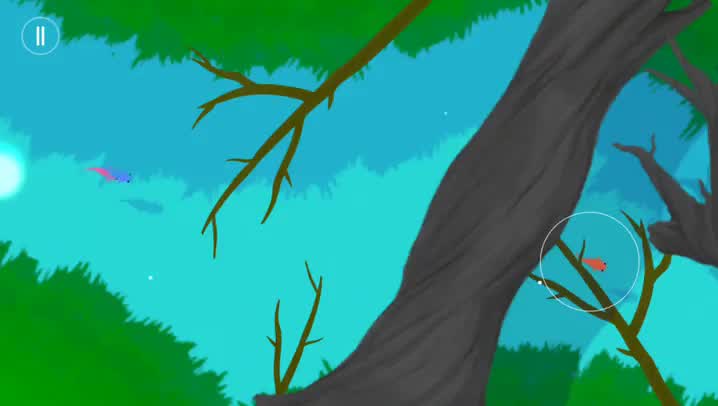 There’s a story to Koi that you’ll unravel as you play, but it boils down to light fish in the ponds being tainted by a dark force in the water, and it’s only up to an unnamed koi fish to save the day. It’s rather interesting, though I’m not sure if it is enough to keep me around since I felt that levels started becoming tedious after a while due to the controls.

The game also has “Clovers,” which is the premium currency. These are used in the shop to purchase different colors for your fish, though they appear to be only cosmetic and have no effect on the gameplay itself. While it’s not necessary, I dislike when premium games still have in-app purchases, so I’m not a fan of how this is set up. It also doesn’t seem that you get Clovers from completing levels either, and some of the skins are rather pricey.

There appears to be a scoring system in place, as there are four stars for each level and you get a percentage after completing a level, but it’s not clear what these mean, or how you can improve. To me, it seems like the game went the full minimalist route without doing much to explain things clearly.

I wanted to like Koi because I’m a sucker for these types of tranquil, zen-like puzzle games, but Koi isn’t fitting the bill at the moment. I love the visual style and music, but the controls are poorly executed and the scoring mechanics are unclear. It starts out slow and calming, but things pick up rapidly and then the gameplay gets a bit tedious. Plus, I’m just not a fan of premium games including freemium business models. Hopefully the game is improved in future updates.

If you are still interested in checking out Koi – Journey of Purity, you can find it on the iPhone App Store for $0.99 for a limited time only. 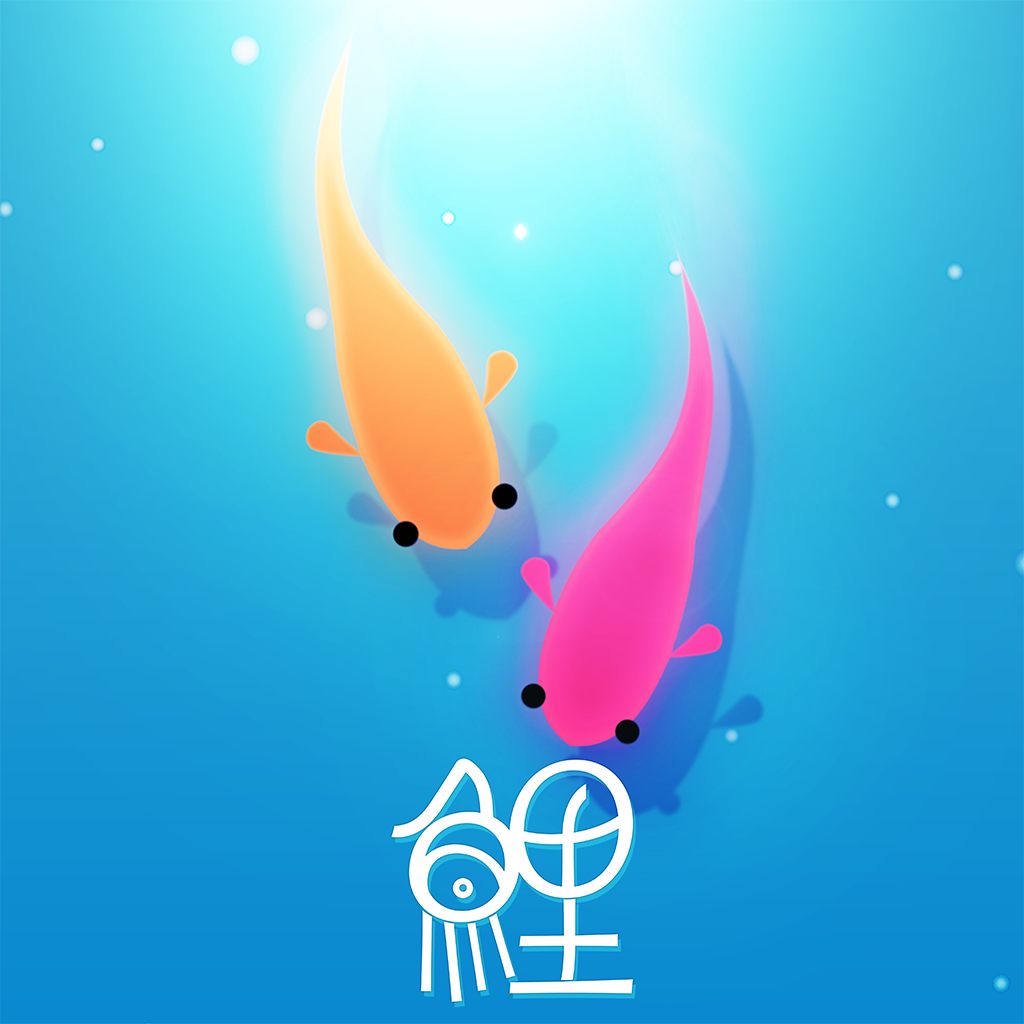 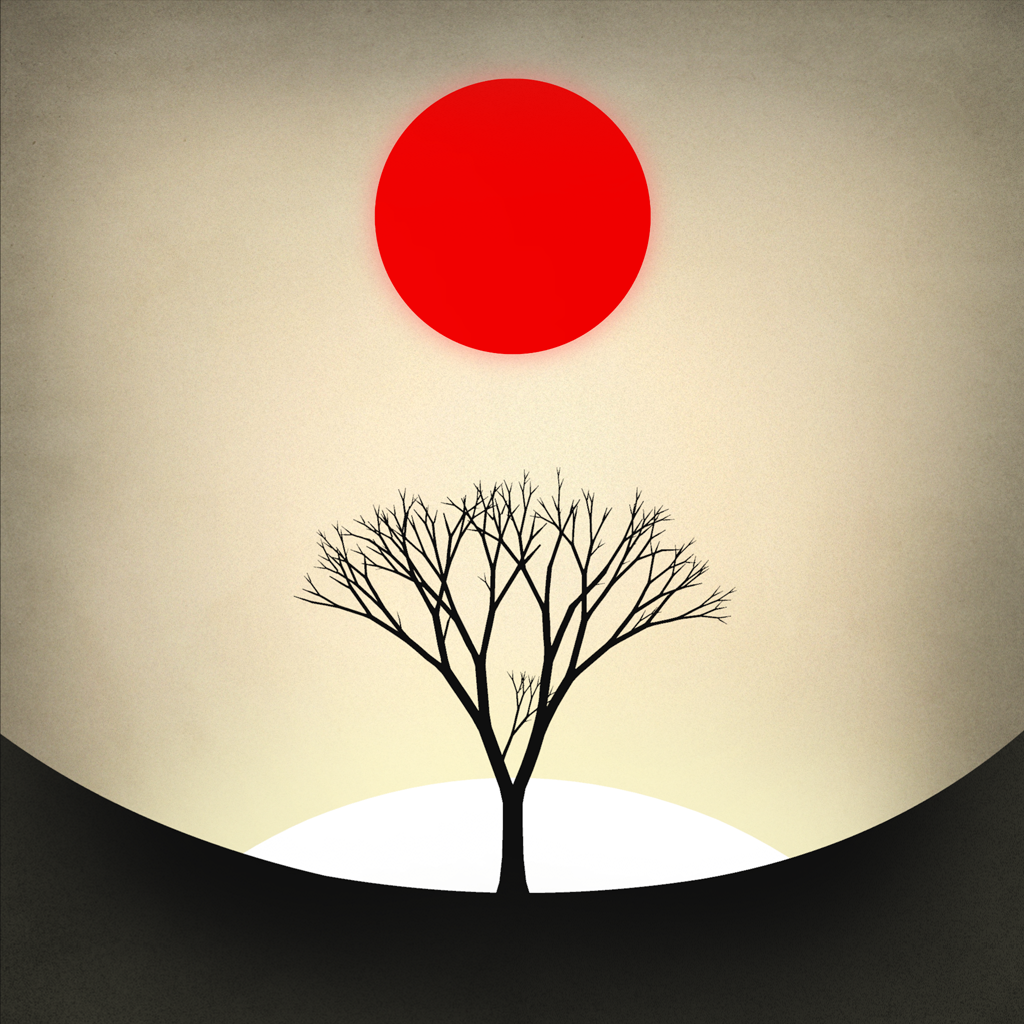 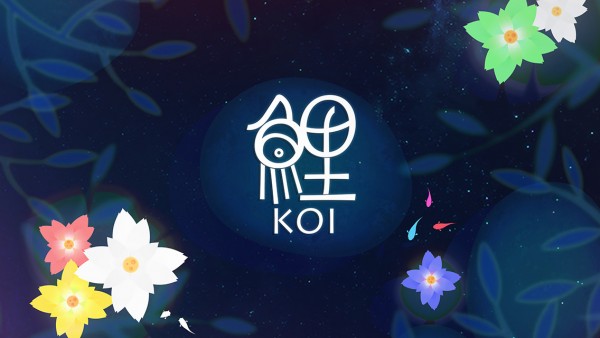 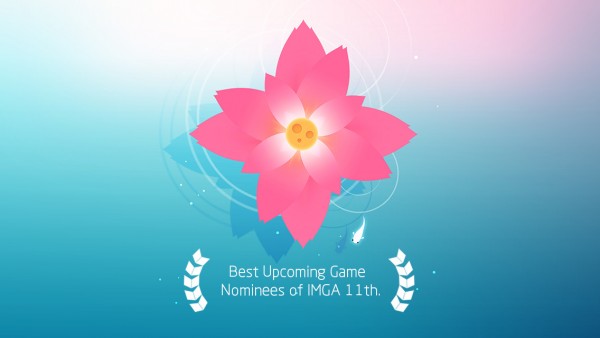 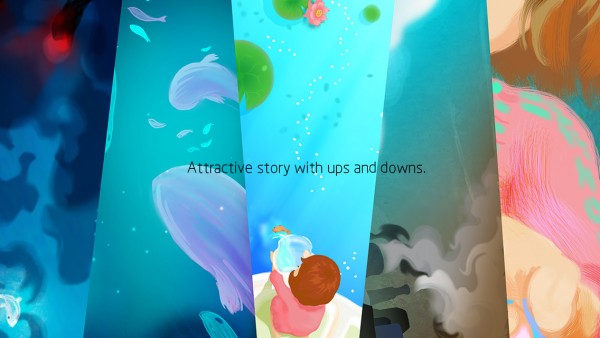 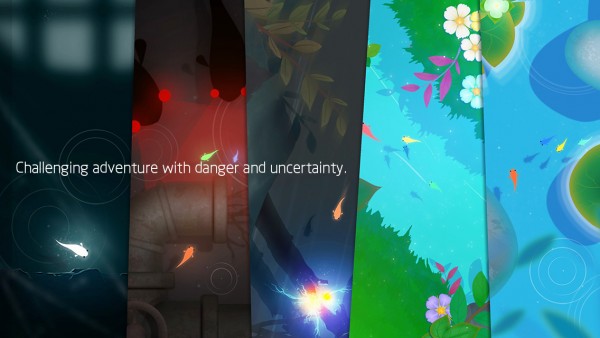 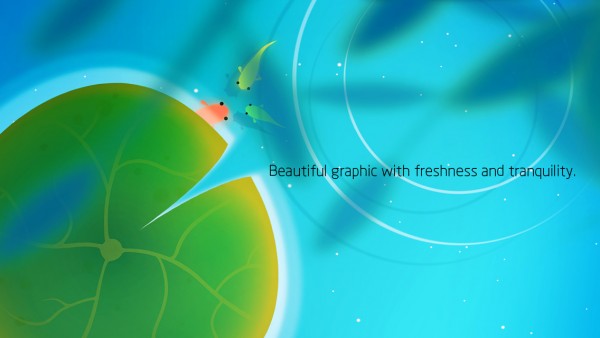