You are using an outdated browser. Please upgrade your browser to improve your experience.
by Christine Chan
April 12, 2017 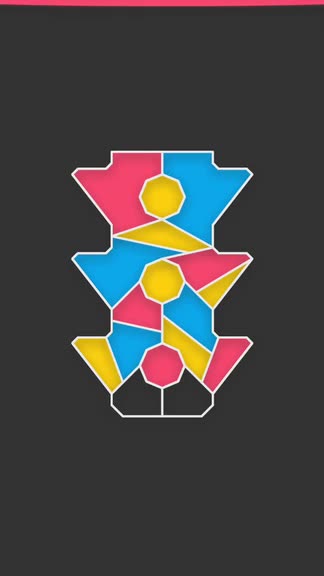 polycolor ($0.99) by alper iskender is a zen-like puzzle game about shapes and colors. If you’re in the mood for unwinding after a long day and enjoyed recent titles like Trilogic and KAMI 2, then chances are high that you will like what Polycolor has to offer.

Life gets pretty stressful (especially mine right now), but I have found that the best way for me to relax is with video games of some kind. No matter what platform I choose to de-stress with, it definitely helps take my mind off reality and help me calm down. On iOS, my preferred game genre is puzzle because they’re relaxing yet stimulating at the same time. I’ve mentioned it many times before, but while I like to relax, I prefer to keep my brain stimulated with some challenge so it doesn’t turn into mush. And while I feel like I’ve tried every puzzle game out there, I’m still always looking out for more, and Polycolor is one that intrigued me when I saw it on the App Store. After spending some time with it, I can say that it’s definitely a clever puzzle to unwind with. 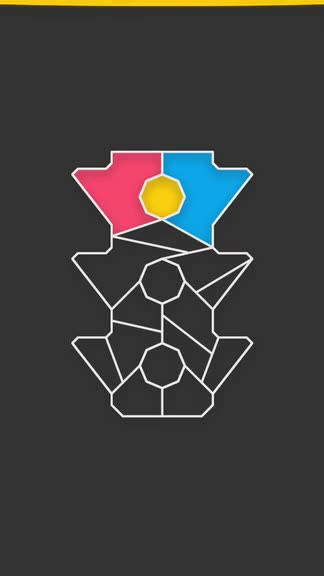 Visually speaking, Polycolor features a super minimalistic design that will appeal to people of all types. Everything is rendered in a flat, 2-D aesthetic with plenty of straight lines all around. The game utilizes a dark gray background that makes the vibrant hues of fuchsia, yellow, and cyan blue stand out clearly, and the white lines make it clear where the spaces are that you have to fill in with the three colors. The game has very few animations, as it is mostly just transitions to the next level, but the few times you see animations, they’re pretty fluid. Polycolor also has a soothing, ambient soundtrack that plays in the background, and the whimsical sound effects are a nice touch. Even though Polycolor does not look like too much on the surface, I think the developer did well with the game’s overall visual and audio design.

Just like many other puzzle games, Polycolor is level-based and has four chapters with 18 stages each for players to make their way through. Even though the game bills itself as a relaxing game, you still have to go through the levels in chronological order, so the stage you’ve unlocked is the one you must clear before you can move on. Fortunately though, the game does not impose any time limits, so you can play each stage at your own pace. The goal of Polycolor is simple: each stage showcases an object that is composed of various polygonal shapes, and you must fill it in with color, but without having one color in two neighboring spaces. Eventually, you must change colors in a set number of moves before it’s cleared. It sounds simple enough, but as you get further in the game, things become a bit trickier. 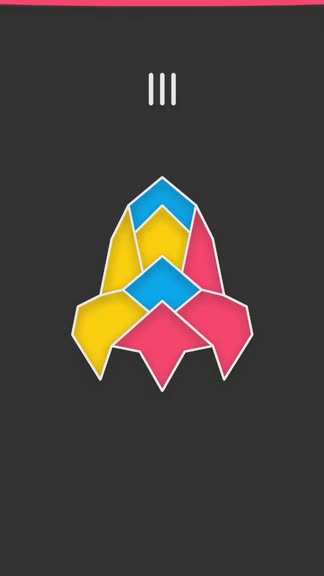 Polycolor has simple controls that are fairly intuitive and responsive. In the beginning stages, the game shows you the three colors along the bottom of the screen, and you can tap on the one that you want to use. However, after the tutorial, these colors no longer show up at the bottom, but you can alternate between all three colors when you tap on a space to fill it in with color. The order goes pink, blue, and then yellow. If you forget the color that is currently selected, you can tell by the thin colored bar at the top of the screen. You can also tap this area to bring up the in-game menu, with options for going back to the title screen, toggling sound or music, or restarting the stage. If you have all of the spaces colored in, but the game does not tell you that it’s complete, it’s because there are two spaces that are next to each other and have the same color. When this is the case, you can go back and change the colors until you get it, or just restart from the beginning. Once all spaces have color and no adjacent spaces are alike, Polycolor tels you and allows you to move on to the next puzzle.

As stated before, Polycolor is a pretty minimalistic game. I am still in the early stages, but so far the game has proven to be a rather relaxing experience overall. I like the simple and clean visual style, the tranquil music is great and helps you focus on solving the puzzles, and the concept is basic but still challenging. I just wish that the game still kept the colors at the bottom because I feel it’s easier to switch between the colors this way — perhaps it should be considered as an option. Another thing I found weird was the loading times between stages — it seems a bit long for what it is, and I hope that the developer optimizes these loading times in the future. And finally, I would like to see are more levels added eventually, as it would increase the longevity of the game. Other than that, I think Polycolor is a pretty solid release so far.

I recommend giving Polycolor a try if you are in the mood for a calming puzzle experience. You can find Polycolor on the App Store as a universal download for your iPhone and iPad for just $0.99. There are no in-app purchases. 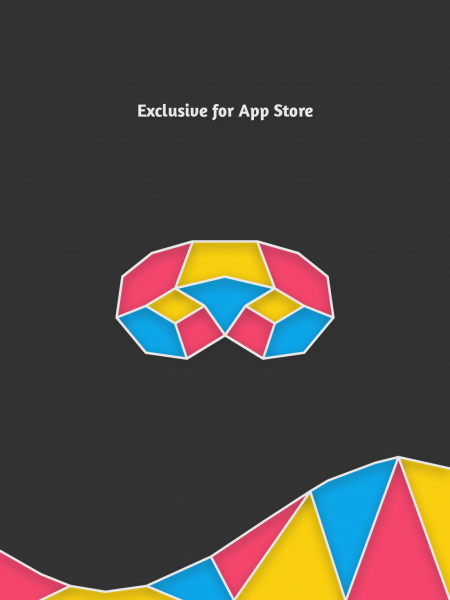 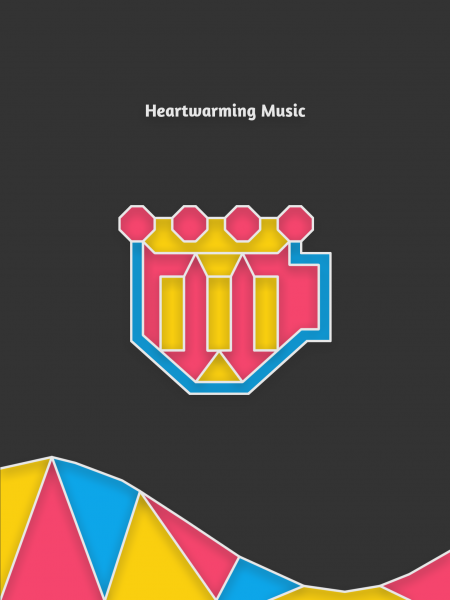 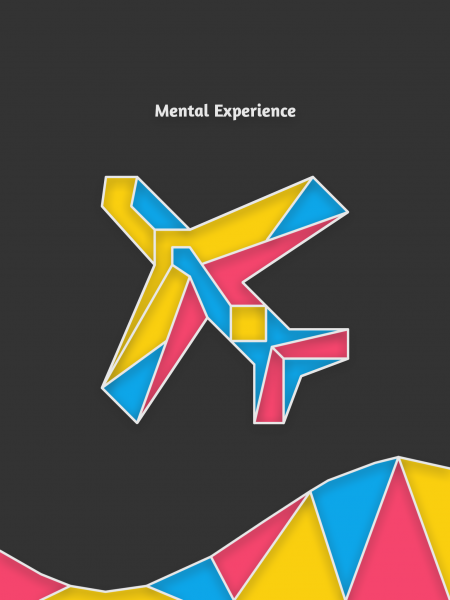 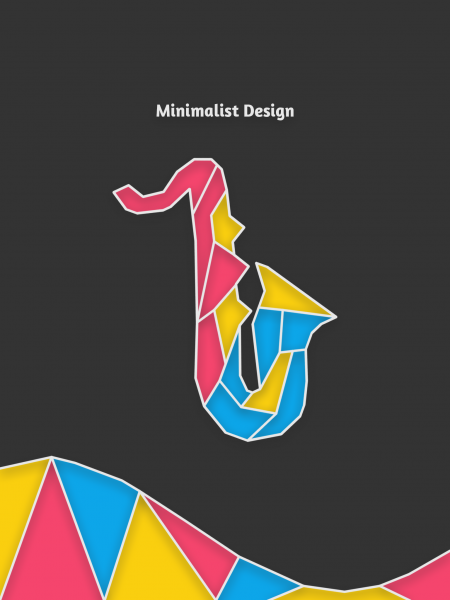 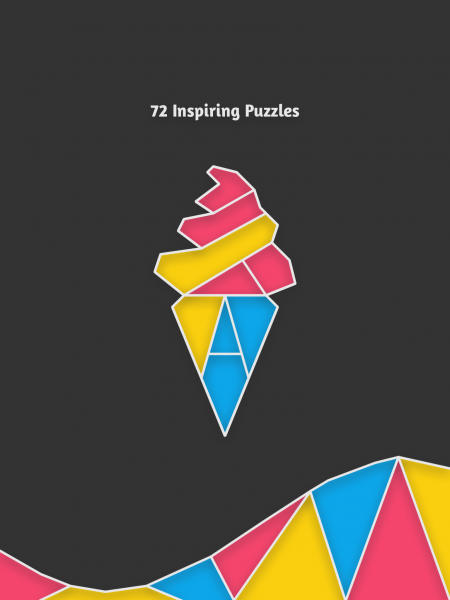