You are using an outdated browser. Please upgrade your browser to improve your experience.
by Christine Chan
April 5, 2017 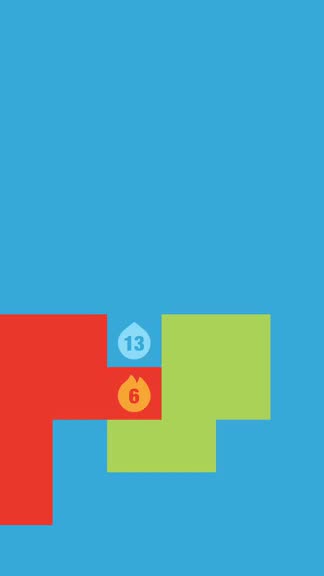 Trilogic ($1.99) by 1Button SARL is a minimalistic puzzle game that can be considered a follow-up to the popular Bicolor from the same developer about three years ago. If you like no-fuss puzzle games like KAMI 2, Strata, and Open Bar, then you will love what Trilogic has to offer.

I’ve been under a bit of stress lately, and when this happens I like to escape in a world of video games. While most of my game time has been spent on the Nintendo Switch in recent weeks, I’ve been taking a break from that and turning to my iPhone for some quick gaming sessions in my downtime. If you’ve followed my work on AppAdvice over the past few years, then you should know that one of my favorite game genres are puzzles. Why? While I like to relax, I prefer to keep my mind busy and stimulated, and I find puzzle games are the perfect medicine, especially when there’s zero hassle with them. I’ve been a fan of 1Button for a while now, since they’ve released some great little games like Bicolor, Poptile, and Quetzalcoatl. So when I got news of Trilogic in my inbox a few weeks ago, I knew it was another game I had to check out, and boy, I’m not disappointed. 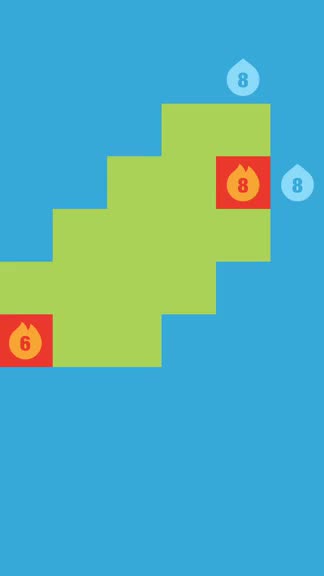 Following in the footsteps of all of the other 1Button games, Trilogic features a super minimal design that looks basic but is still aesthetically pleasing to the eyes. The game has a flat, 2-D appearance and is composed of just three colors and simple icons to go along with each color. The typeface used is bold and easy to read, so there should be no issue with figuring out how many moves each tile can move before running out. While there are only three colors used in the game, they’re bright and vibrant, and animations are smooth and fluid. The transitions from completing a stage and moving on to the next level are seamless, so everything just comes together nicely. There is no background soundtrack, but there are some bubbly and quirky sound effects that are a delight to listen to as you play.

Just like other puzzle games before it, Trilogic is level-based, featuring nine puzzle packs that contain 20 stages in each. If you’re doing the math, then that means that Trilogic comes with 180 puzzles initially, which is a lot for your money. Another great thing about Trilogic is the fact that you can play the stages in any order you want, as long as you have access to the chapter. Once you complete enough puzzles, the next section becomes unlocked and available to you. 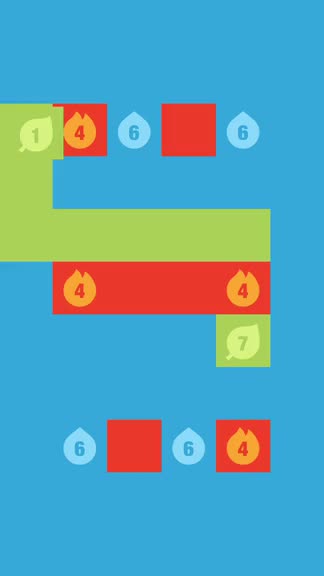 So what is Trilogic? Each of the three colors on the screen represent an element, which is indicated by the symbol with a number inside. Green means leaf, red means fire, and blue means water. Going by simple logic, leaf consumes water, fire burns leaf, and water extinguishes fire. The number on a tile indicates how many squares it can move and fill in before it runs out. To move a square, just tap-and-drag it where you want it to go. As you fill in squares with that element, the number decreases until it’s no more. The goal is to end up with a single element by the end of the puzzle (the type is indicated by the background color of the level pack you’re in), so the trick behind solving the puzzles in Trilogic is the order of the elements that you move. It’s a simple concept, really, but be careful — the puzzles get trickier as you progress, but it’s never too overwhelming. If you make a mistake, you can swipe left with one finger to undo one move at a time, or swipe right to re-do that move. Using two fingers undoes everything. A tap anywhere on the screen brings up the in-game menu options, including level select, restart, and using keys to clear a level if you’re stuck.

I’m still in the early chapters of Trilogic, but I’m enjoying the game a lot so far. The visuals and sound effects are pretty simple but still lovely to see and hear. There are plenty of puzzles for the price, and while they do get challenging as you get further along, they never once feel overwhelming, so this is a puzzle game fit for all ages. While you can buy keys to skip levels that you are stuck on, I feel that almost all of them can be solved through trial-and-error, so the keys are completely optional.

I recommend picking up Trilogic if you’re in the mood for relaxing but stimulating logic puzzles. You can find Trilogic on the App Store as a universal download for your iPhone and iPad for just $1.99. There are in-app purchases for the optional level-skipping keys. 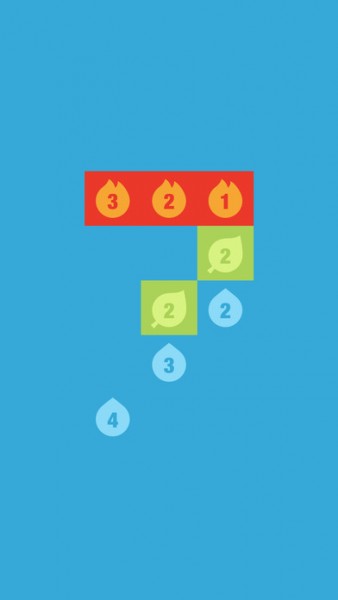 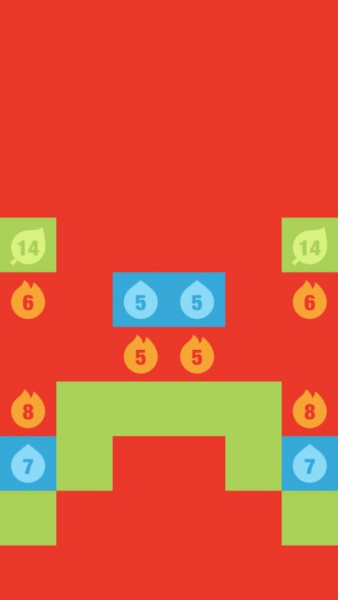 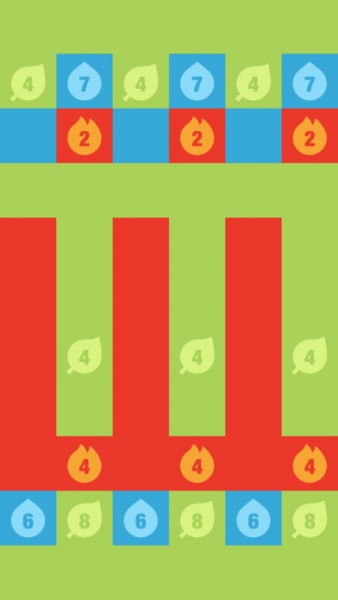 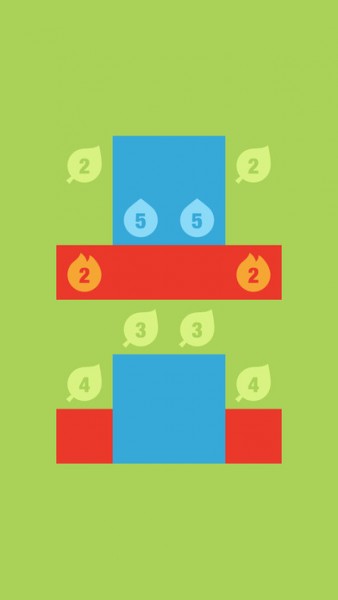 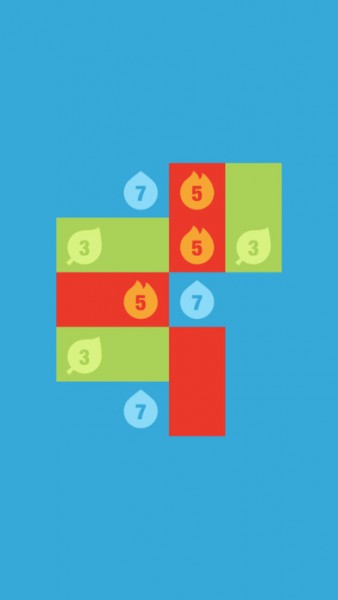