You are using an outdated browser. Please upgrade your browser to improve your experience.
by Christine Chan
March 22, 2013 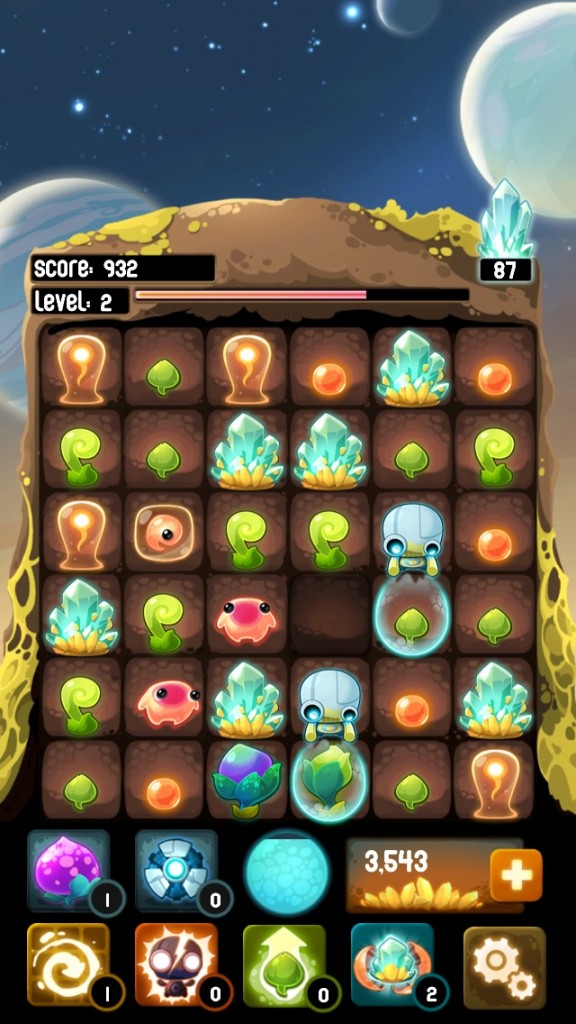 Alien Hive (Free) by AppXplore Sdn Bhd is a match-three game, similar to Bejeweled with a unique twist. Instead of going the traditional route of just sliding pieces to form matches, Alien Hive combines match-three with sliding puzzle gameplay.

While I am a huge fan of match-three puzzle games (who isn’t?), I do have to admit that the gameplay does get stale after a while. I mean, once you’ve played one, you’ve basically played them all, right? That’s why I’m so glad to see a match-three game that ups the ante a bit and introduces a new gameplay mechanic to form one challenging puzzle game with plenty of replay value. 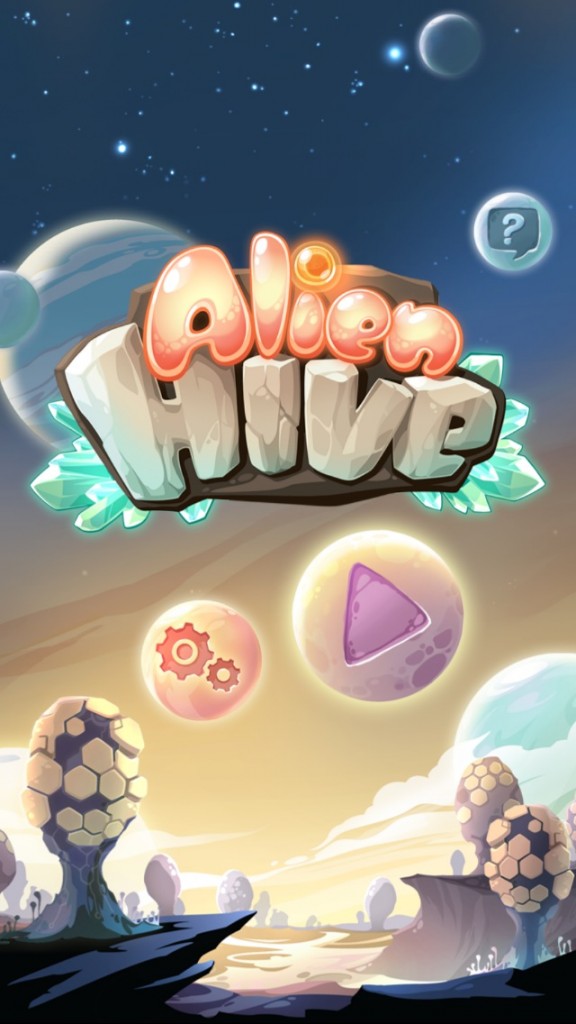 First and foremost, I love the visuals that are in Alien Hive. It’s a game powered by Unity, so everything looks detailed, colorful, and vivid. And for Retina devices? Everything just looks so sharp and optimized, so no worries about that. The music is also whimsical and soothing.

There is only one game mode in Alien Hive, but it is going to take a while to get through it all, so you don’t need to worry about that. Maybe in the future there could be room for more game modes, but for now, I’m satisfied with what is currently being offered, especially since the game is free anyway.

So how do you play? On your first game, you will have a walkthrough that will show you all of the basics that you need to know to create your alien hive. It’s pretty easy, but I do wish that it was optional.

You basically have a grid of game pieces, and you must make matches of three or more by sliding the rows or colums. However, this is not like other sliding match-three games, in the fact that you cannot freely move lines as you please (and have the line ends reappear on the other side). Instead, there is one empty space on the grid, and you can only move lines or individual tiles if there is a space allowing you to do so. This already makes the game much more challenging than normal matching puzzle games, so if you’re looking for a real trial, then this is it.

The grid will have pieces of crystals, plants, and alien eggs for you to match. You need to match three or more of them to turn them into the next level piece, then match them again, and repeat the process. The main objective of Alien Hive, besides getting high scores, is to fully evolve the aliens from baby eggs into supreme beings. Once this is done, then you get them as an in-game “collectible,” and there are plenty of aliens to collect!

To make things even harder, you only get a certain amount of moves available each level, as indicated at the top corner of the grid. Once this count reaches zero, then the game ends. There are also going to be nasty little robots that will grab an adjacent piece and lock it, so the line cannot move until you do something else, and the robot will grab the next adjacent piece (clockwise direction). However, the robots can be matched as well, and they will end up being trapped themselves. It’s also important to get combos (consecutive matches with one a single move) to rack up points and higher level units. 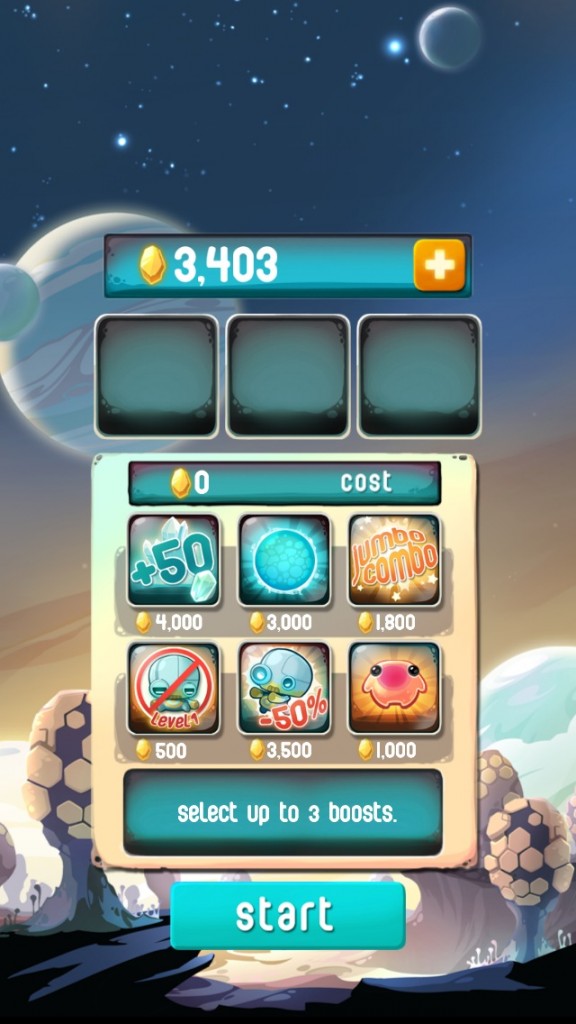 The more matches you make, the more your progress bar fills up. When it’s full, you will move on to the next level. There are also many different power-ups that you can purchase with the in-game currency, which includes blasters, magic fruits, shockwaves, and more.

Also, a wormhole is available, which can be activated when you have the meter filled up, as well as have the gold and energy to use it. This gives you three moves that enable you to swipe any column or row, regardless of whether there’s a space or not. The last pieces of the line will reemerge on the other side, hence the wormhole.

For competitive players, there is Game Center integration for two leaderboards and a whopping 69 achievements! So there’s plenty to do in this game, even if there is only one game mode.

I’m finding Alien Hive to be quite fun and addictive, and it’s definitely a game that will get you thinking. And what’s not to like about the graphics and the music?

If anything, I think that this game would benefit greatly from having other modes, like a puzzle where you have to clear out the grid with a certain number of moves, and others like it. Hopefully the developers have more content in the works for the game.

I recommend checking out Alien Hive for yourself, especially if you’re a fan of puzzles and match-three games in general. It’s available in the App Store as a universal app for free. 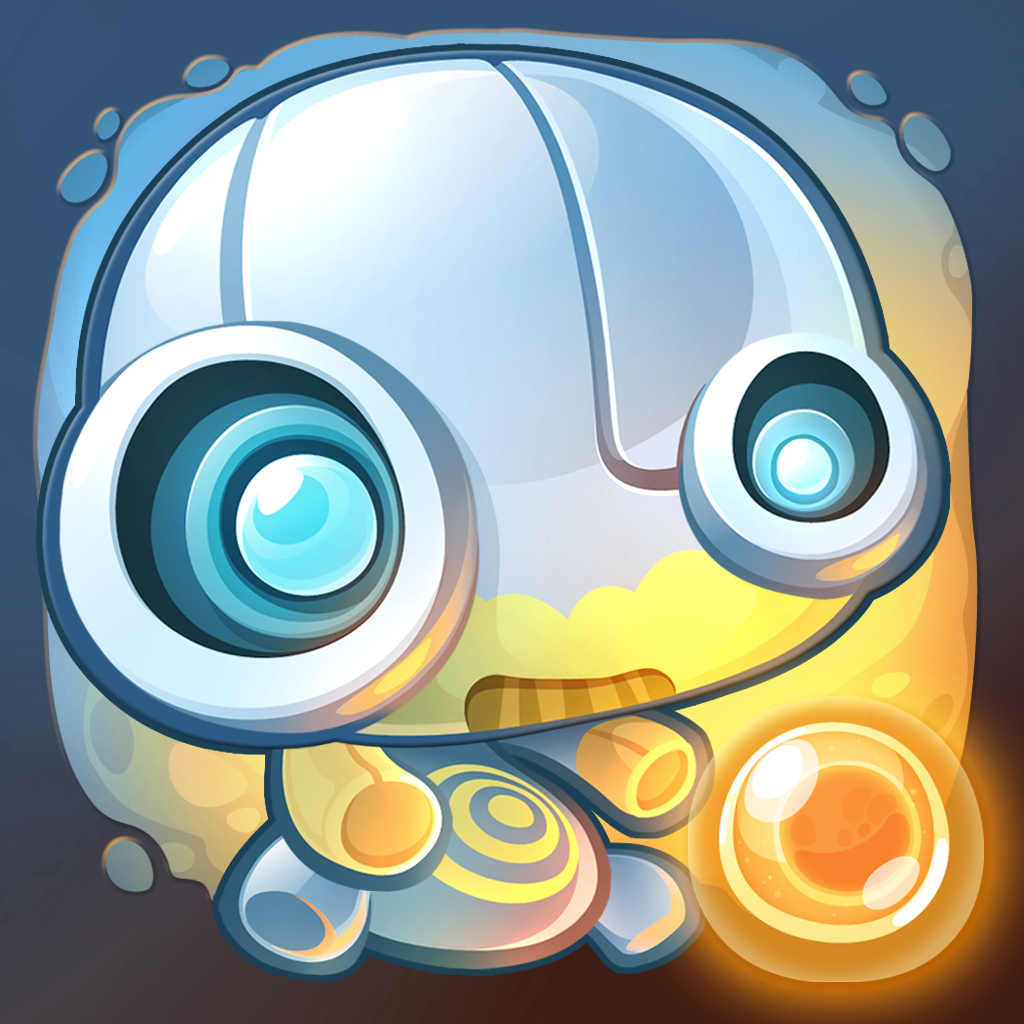 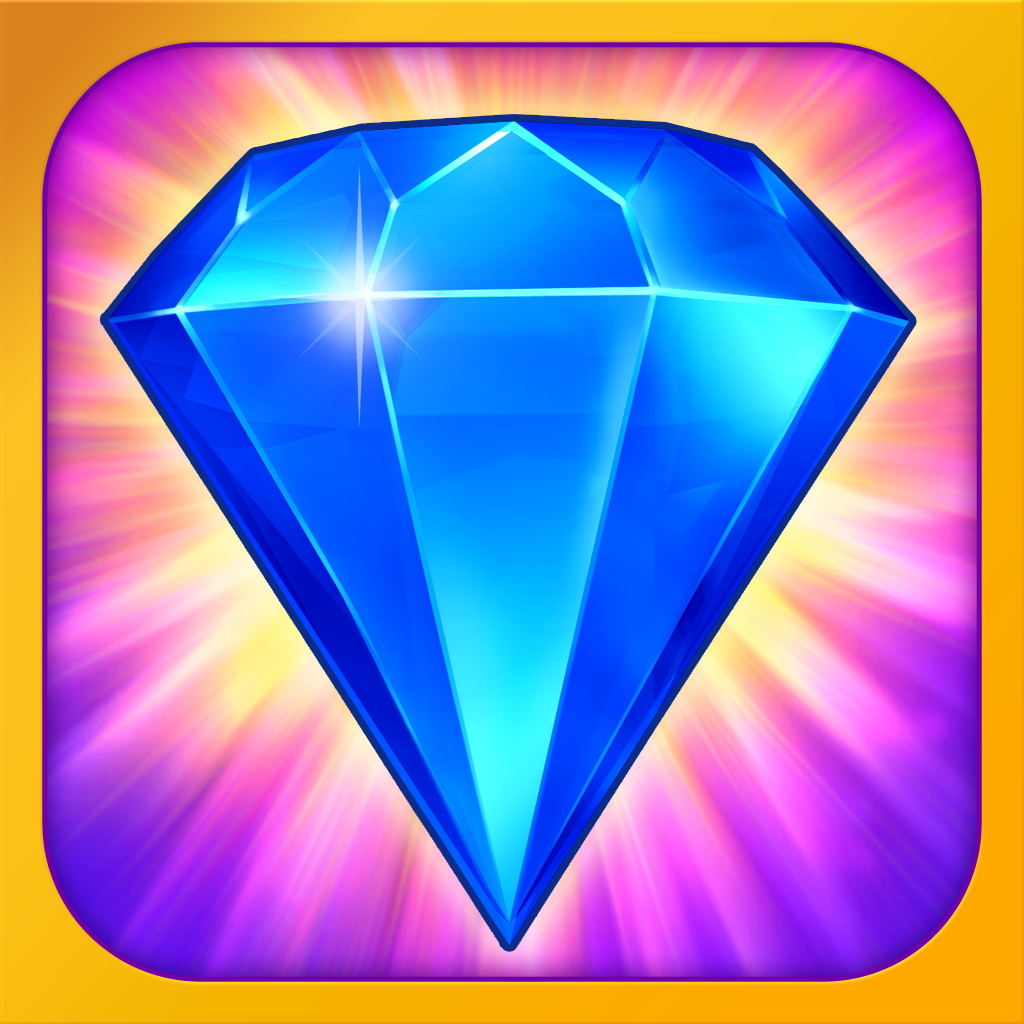 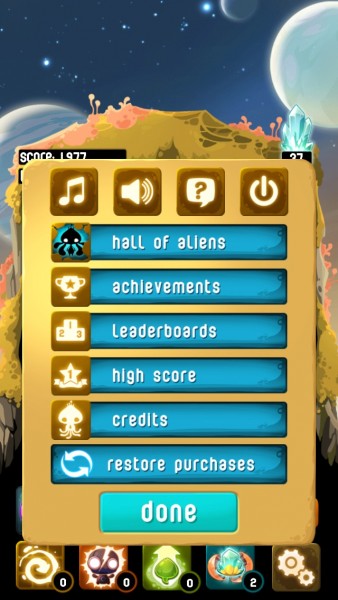 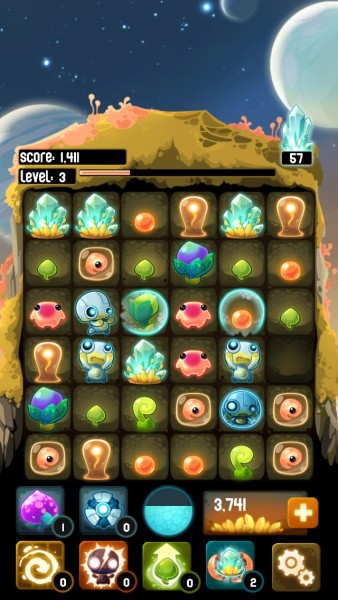 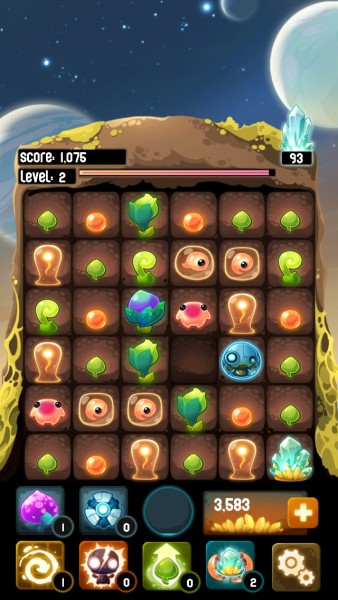 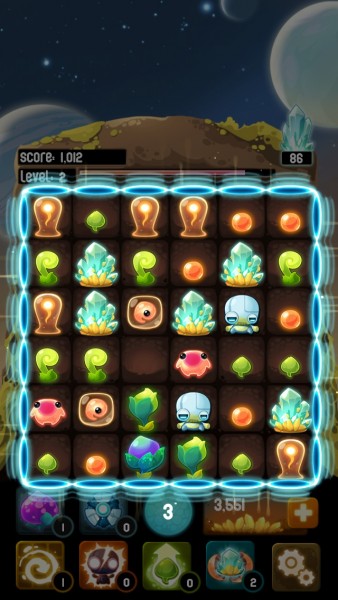 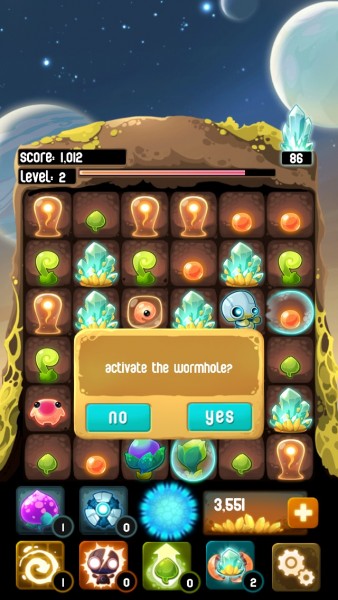 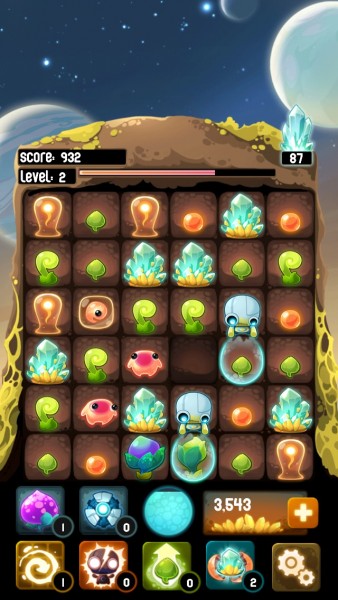 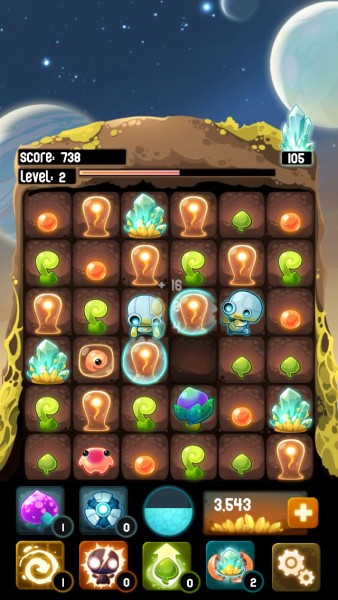 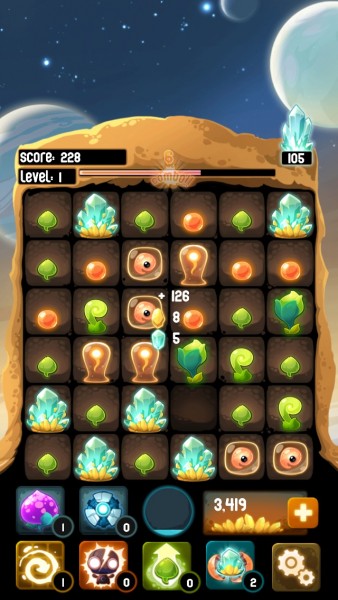 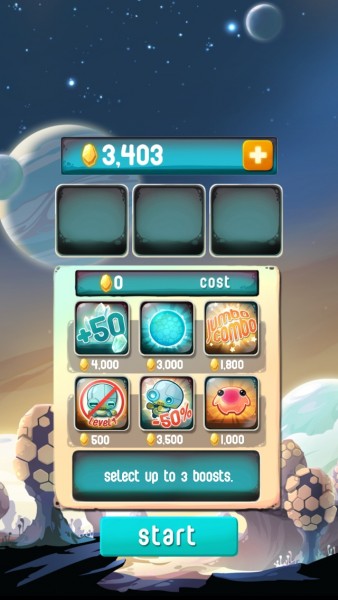 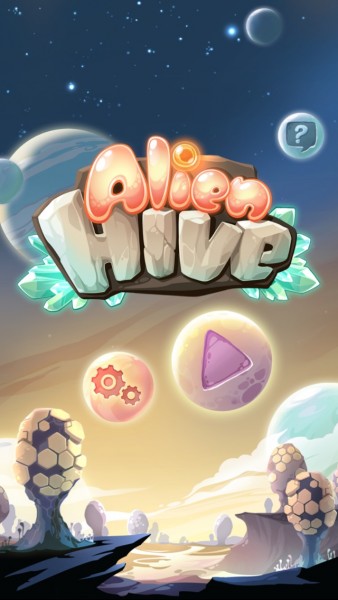 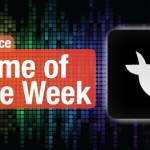