You are using an outdated browser. Please upgrade your browser to improve your experience.
by Lory Gil
June 13, 2013 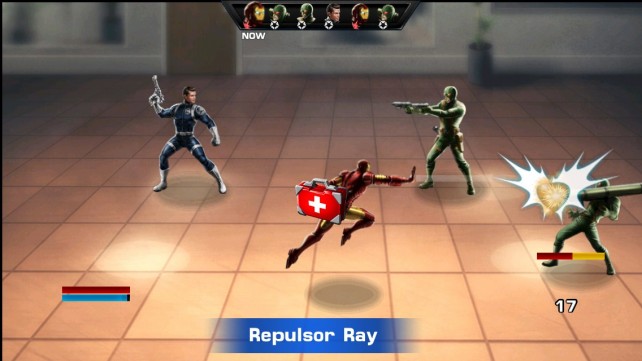 Avengers Alliance (Free) by Marvel Entertainment is a free-to-play battle game that pits Marvel’s top heroes against their worst enemies. As a new agent for S.H.I.E.L.D., you will be at the frontline of the war of good against evil. 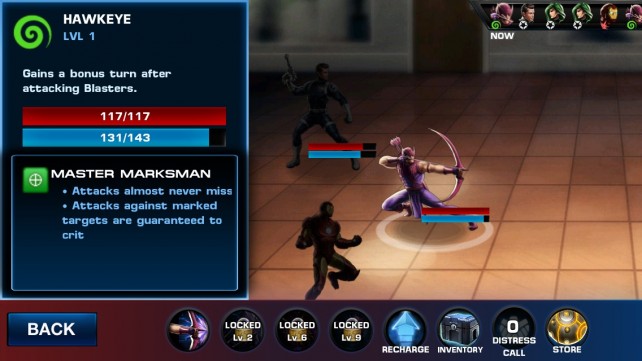 Comic book fans will get a kick out of this game. It features all of your favorites in the top-tier of Marvel Avengers, plus the bigwigs in the X-Men camp, the Fantastic Four, and more.
There are 28 different Marvel heroes to collect and battle with. Your team will fight against the likes of Hydra, Viper, Whiplash, and more. There are three chapters with six sections in each chapter. As you complete tasks, track down enemies, and send your team on flight missions you will earn additional experience points and in-game coins.

When you select a mission, you and your team will fight against enemy minions in head-to-head turn-based action. Each hero has strengths and weaknesses against enemies. You can switch one hero for another before a battle begins if one of the other S.H.I.E.L.D. teammates is better equipped to fight the enemy. For example, an Infiltrator has a bonus against a Tactician and a Blaster is strong against a Bruiser.

When you enter a battle, you will select a weapon or attack option and then select the enemy to hit. Different heroes have different stats and will attack the enemy in a variety of ways. Each hero also has helpful items in their inventory that can be used during a battle. For example, you may have a couple of Frag grenades that will help in the fight against a particularly strong enemy. Some items drop during a battle, while others can be purchased in the game’s store.

Players are able to recruit three additional teammates during the training level. You will start out with Black Widow, Iron Man, and Hawkeye. To recruit new heroes, you’ll need to earn enough command points. You will earn command points for completing missions, but you can also buy them with an in-app purchase.

Being that this is a free-to-play game, there are a few ways for Marvel Entertainment to make a couple of bucks from you. First of all, Command Points (CP) are very hard to come by and recruiting a new teammate will cost anywhere from 23 to 90 CPs each. To put it into perspective, I had four CPs at the fourth level.

Players can also purchase cool weapons, armor, supplies, and resources. Some items cost silver coins, which are plentiful in the game. But, many items cost gold bars. Players earn gold bars easier than they do CPs, but those are still fairly rare items.

Lastly, if you want to fight more than six battles in one sitting, you’ll need to replenish your energy, which costs gold bars to refill.

You can still play this game without spending real money, but you’ll probably run out of energy points and have to wait to continue the battle when you’ve refilled. 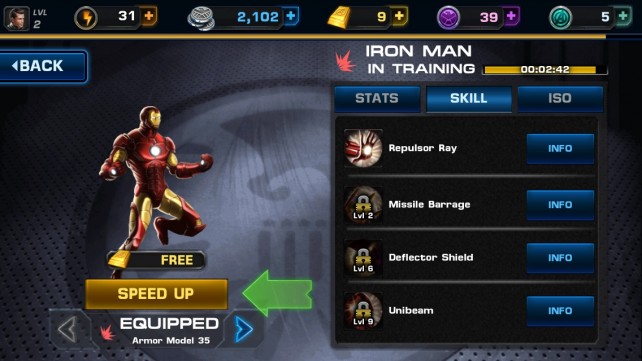 As free-to-play games go, this one is a lot of fun. You can battle against enemies, train up your team, and collect heroes. Expect to drop a couple of dollars if you want to take advantage of the better aspects of the game. However, you can play the missions without needing to spend real money, so you won’t feel like Marvel Entertainment is trying to take advantage of you. Pick it up in the App Store for free. 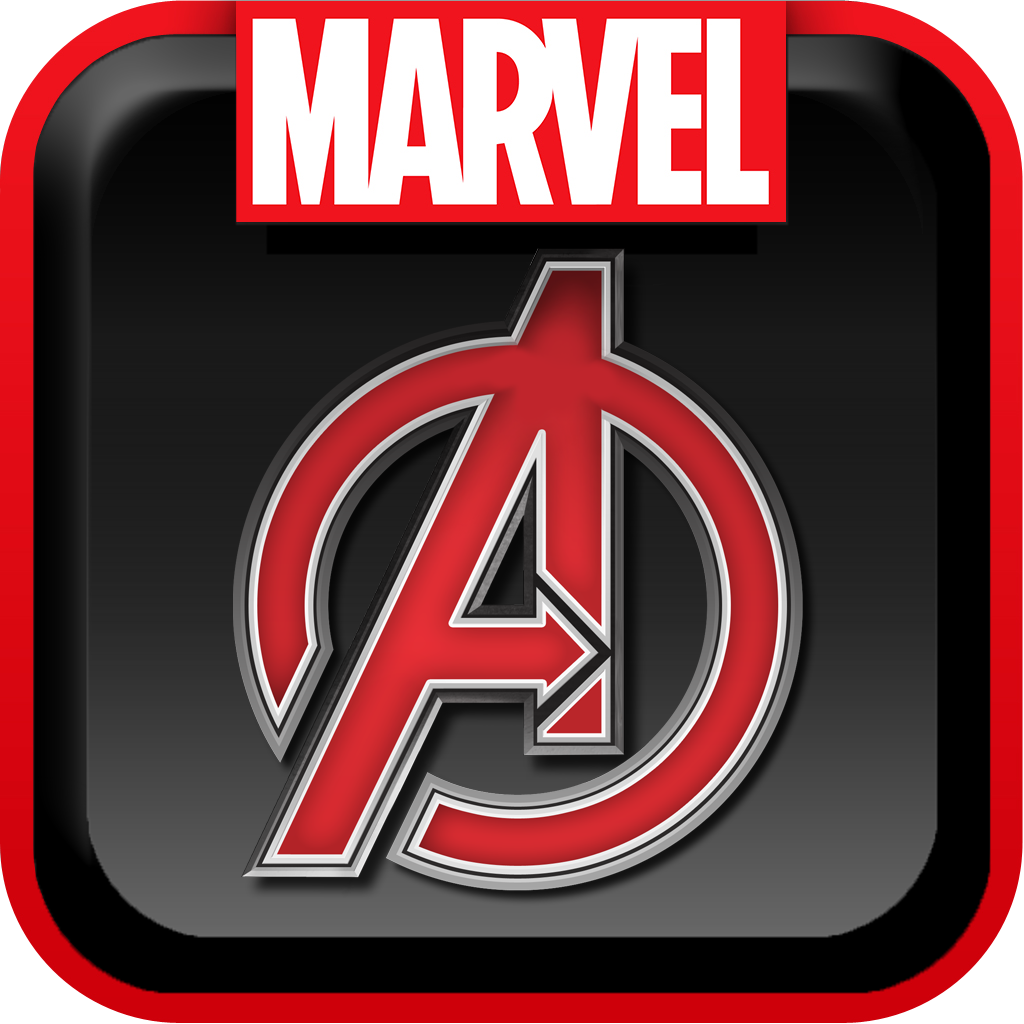 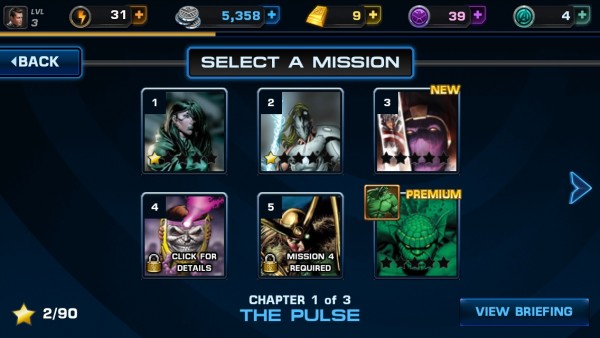 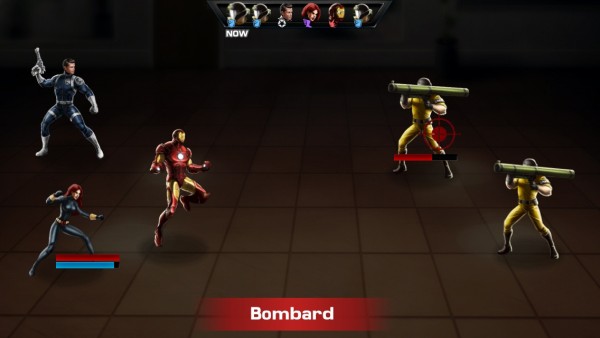 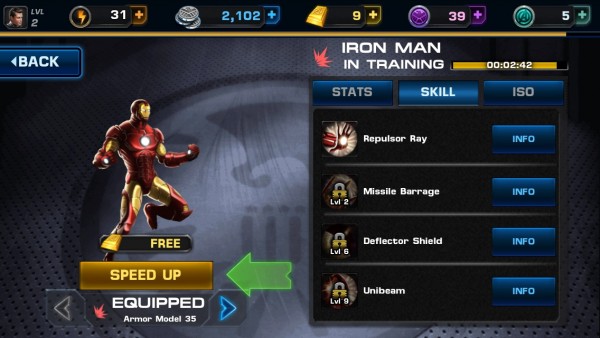 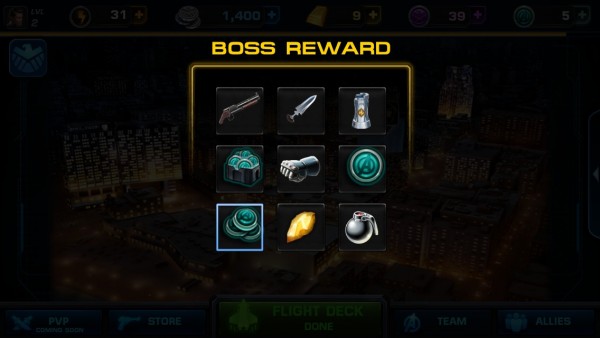 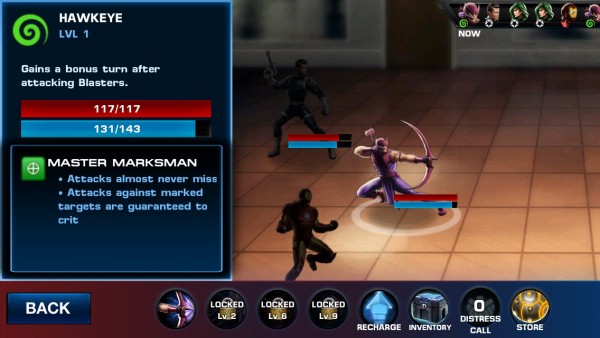 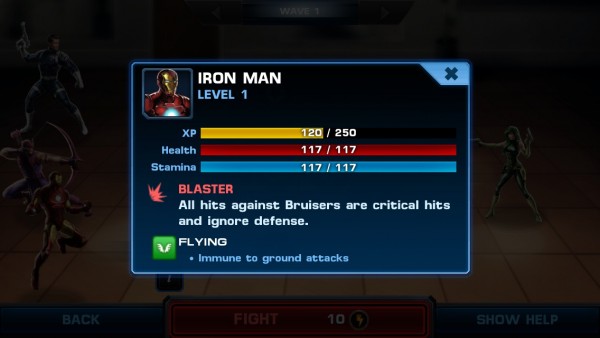 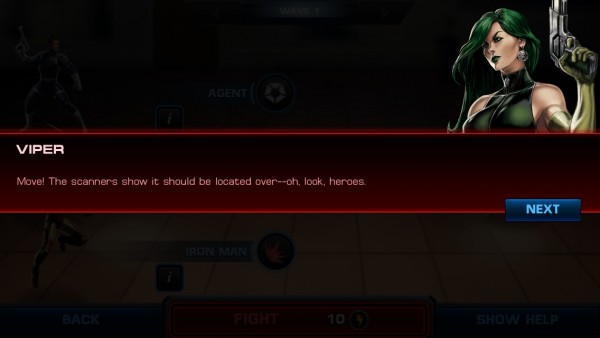 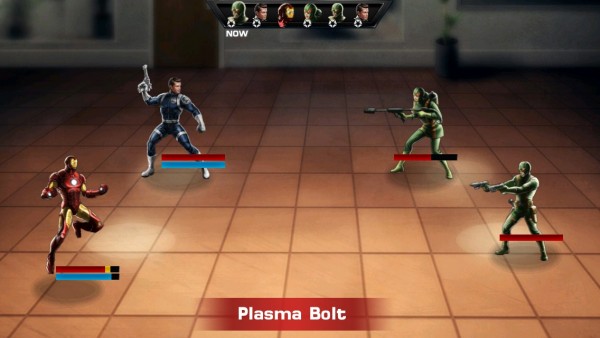 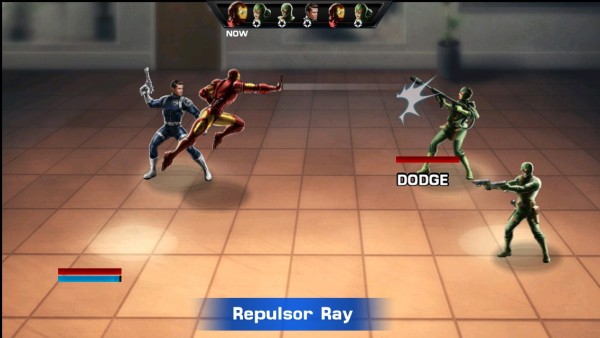 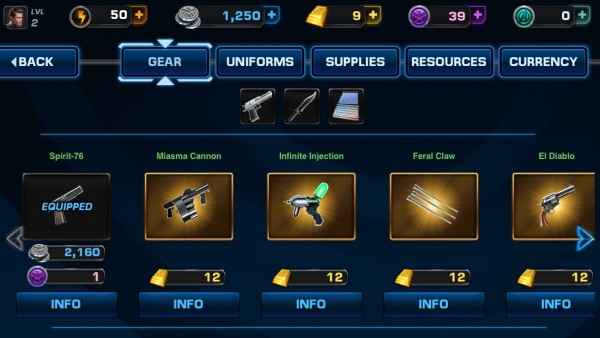 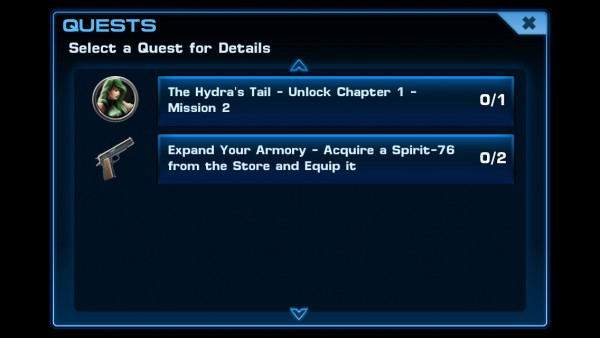 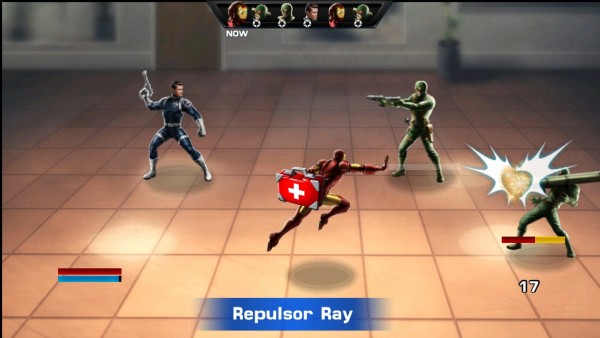 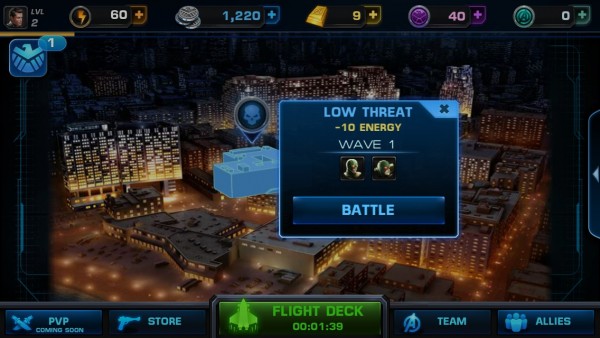 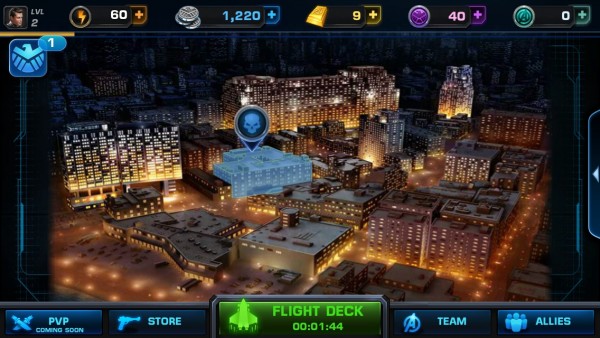 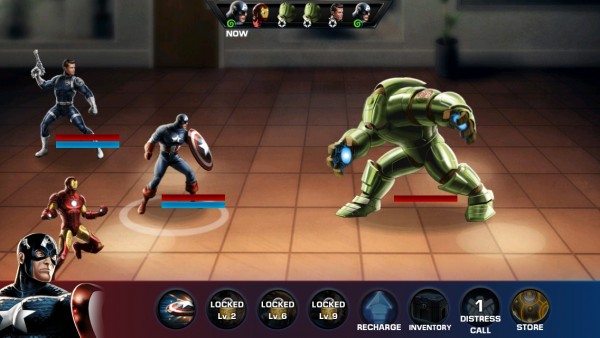 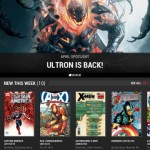 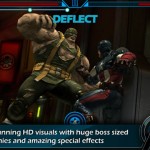 Thumbs Up, Soldier! Captain America Enters The Avengers Initiative
Nothing found :(
Try something else