You are using an outdated browser. Please upgrade your browser to improve your experience.
by Lory Gil
March 19, 2013 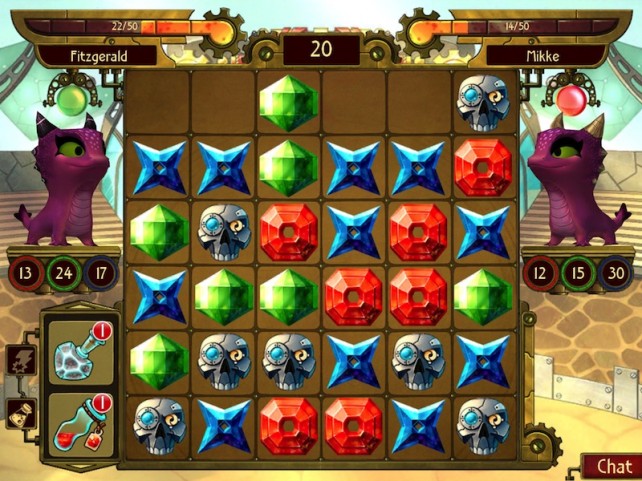 Battle For Niria (Free) by SMS Services O.o.o. is a matching game with lots of fun extras that makes you feel like you are actually accomplishing something every time you win a round. Fight to win back your land while completing tasks, gathering artifacts, and taking care of your little so-called Lear dragon. 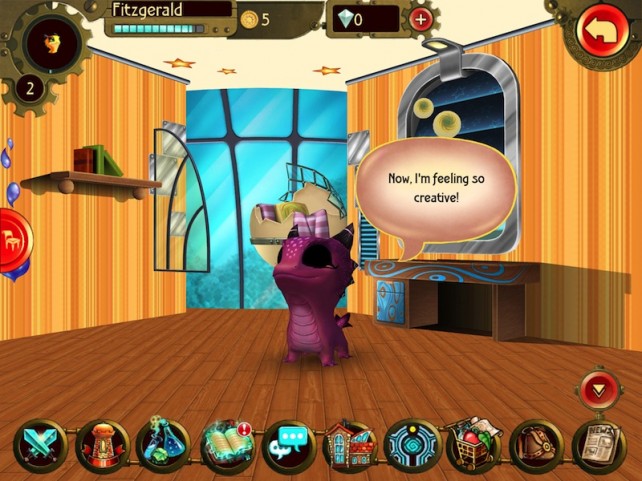 Players start by selecting a Lear as their companion. This little dragon will be the one who competes in match-three battles against others. Once you’ve chosen and named your Lear, the fun can begin.

You can play three different types of matching games. Compete for experience points and gold against computer-generated enemies, go head-to-head against real life players in the arena, or practice your abilities in solo mode.

To play against computer-generated enemies, visit the castle tower. The “Tanants” have overtaken your castle and you must defeat them, one-by-one, in order to get it back. There are 10 different Tanants making themselves cozy in the tower. Every time you win against one, you’ll earn coins and experience points. You may even find an artifact or two.

In the arena, you can compete against other players that are logged into the game. Unlike some other random multiplayer generators, you are always linked up with someone within level range, so you won’t be creamed the second you walk into battle. I actually have reason to believe that you will be matched with a computer-generated character if there is no online player to compete against. That is just my assumption, though.

If you want to hone your matching skills, head to the laboratory to play a mini game. You’ll play a solo round where the only competition you have is time. You must match as many gems as possible within 30 seconds. You can add time by matching special gems but those are few and far between. At the end of each round, you will be awarded an artifact that will either help you make elixirs or fulfill a quest.

In addition to the three different types of matching games, you will be able to add armor to your Lear, which helps in the arena. You can also buy vanity items for your little dragon’s bedroom, like a mirror or a chair.

You’ll be able to earn experience points by completing quests. These are basically ways to keep you playing the game. For example, one quest requires you to win five times in the arena. Another wants you to match 500 gems.

This is a freemium game, which means you get to play for free, but it will cost you. In order to compete against the computer enemies, you’ll probably need elixirs, which cost coins. You could buy them, if you can afford it, or you could craft them in the laboratory. This also costs you. Interestingly, it is cheaper to buy the elixirs than it is to buy the ingredients needed to craft them. You’ll also have to spend coins to buy the crafting recipes in the first place.

In addition to coins, which you can earn by defeating opponents, some items cost Leark, which is the equivalent to Smurfberries, or whatever gem is rare in a freemium game. 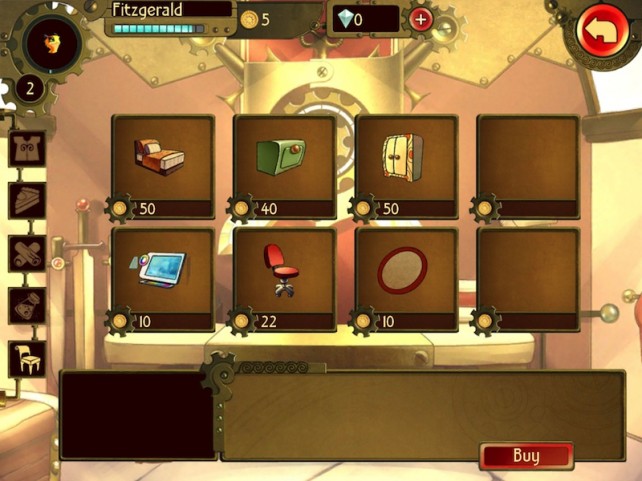 If you don’t have a problem with spending real money on in-app purchases, this game is adequate. My main complaint is that the matching part of the game isn’t particularly interesting. You earn extra points for extra matches and you defeat your opponent by knocking down his hit points with special gems. Other than that, it is fairly repetitive. The app seems to rely on your desire to accomplish the other aspects of the game to keep you playing, which is hard to do if you don’t want to spend real money.

Although the game pushes in-app purchases on you, I would still recommend it. It is fun to play and, as long as you win, you will earn coins, which will help you buy the elixirs you need to continue winning. Download it for free in the App Store today. 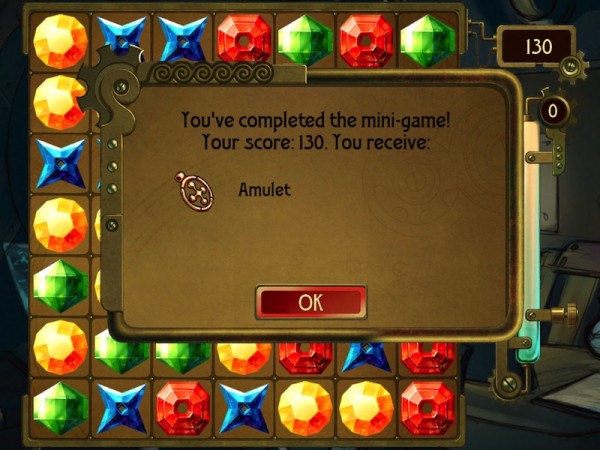 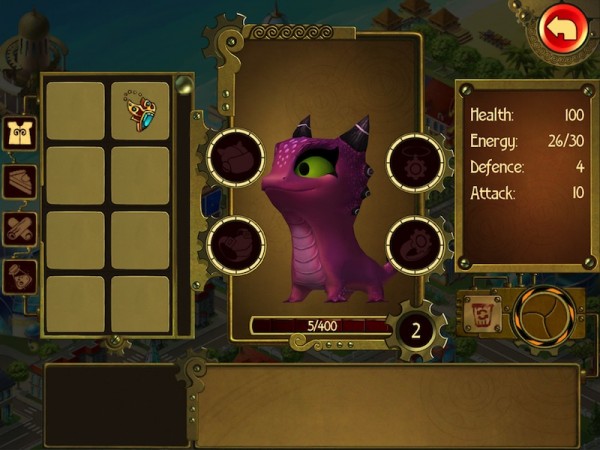 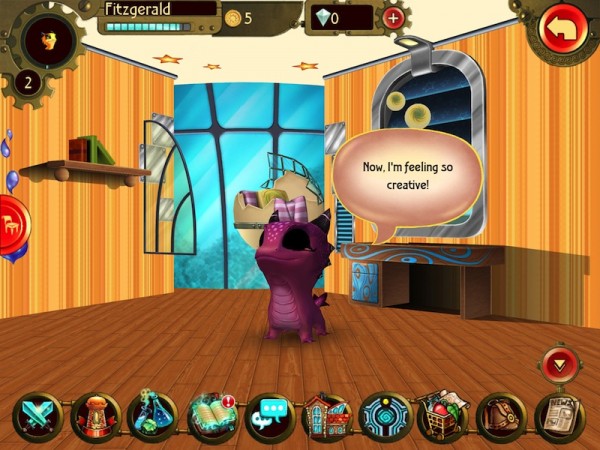 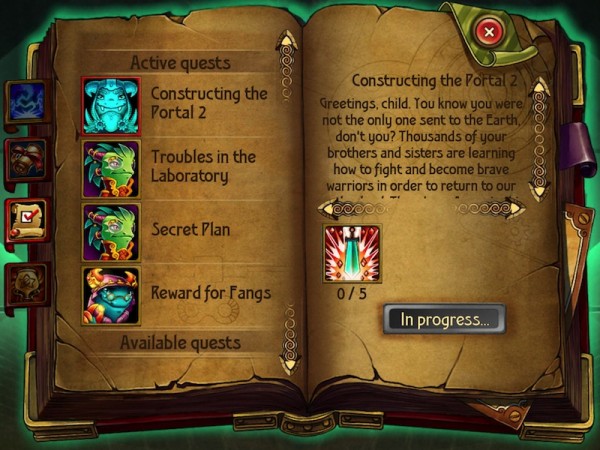 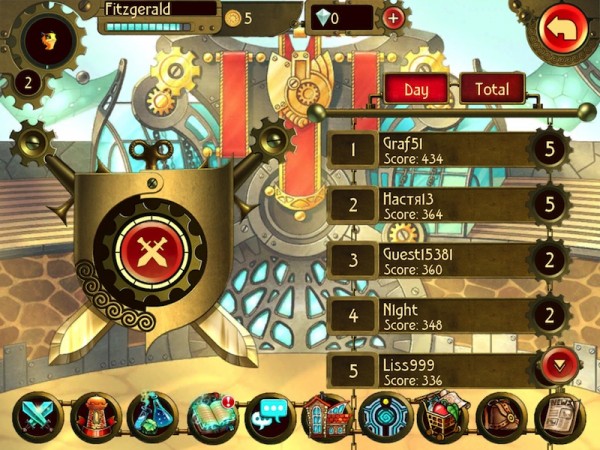 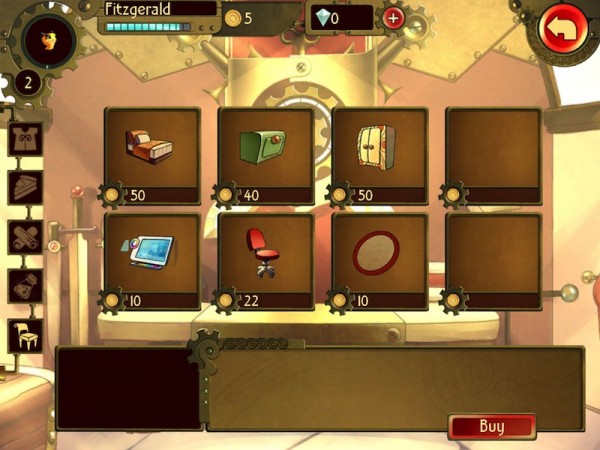 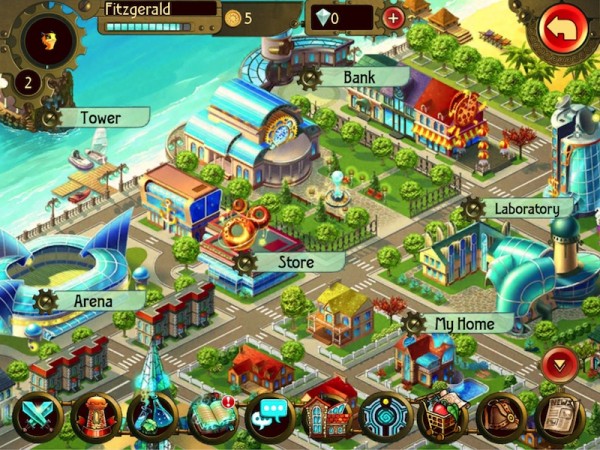 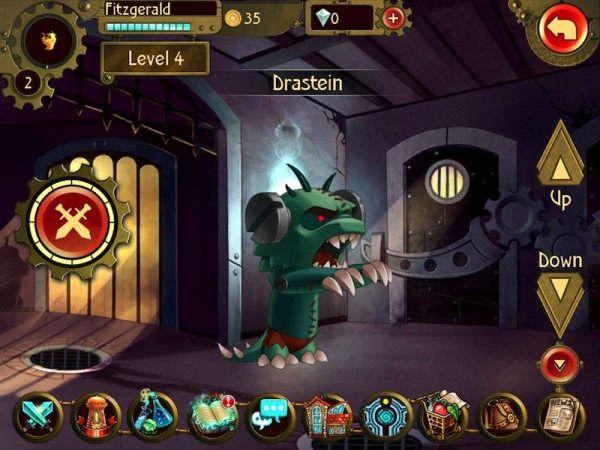 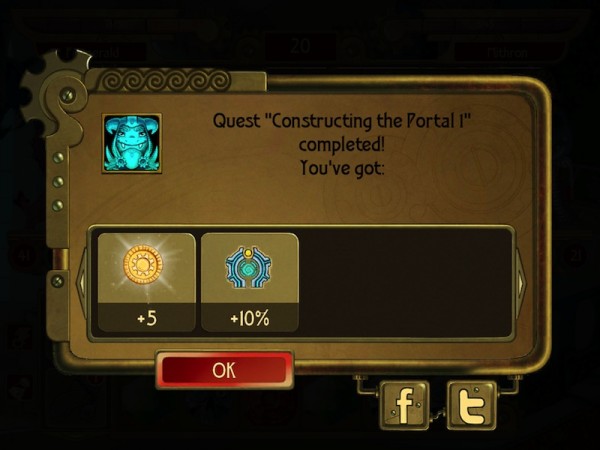 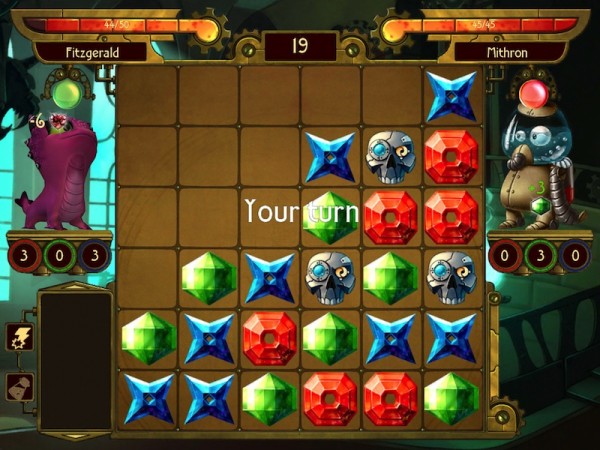 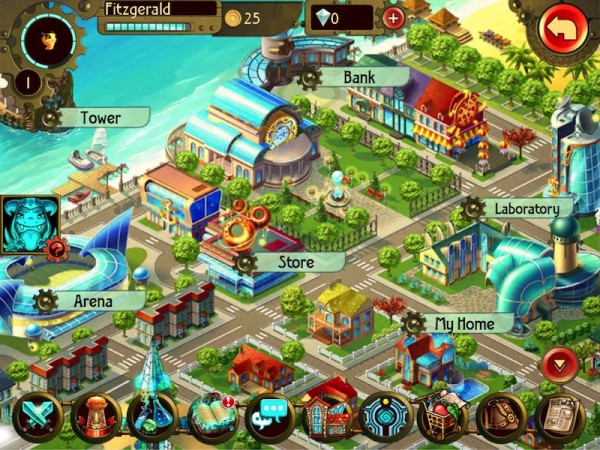 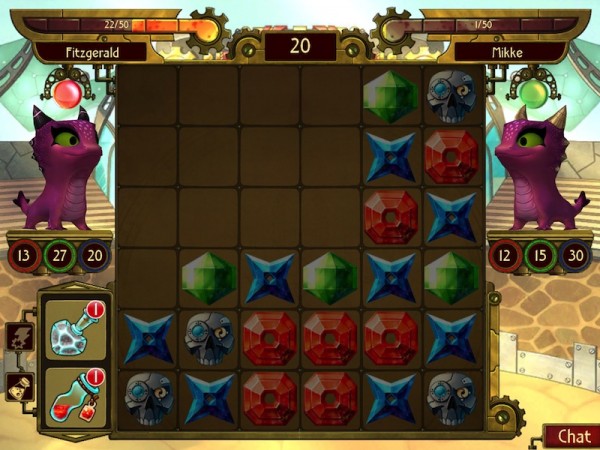 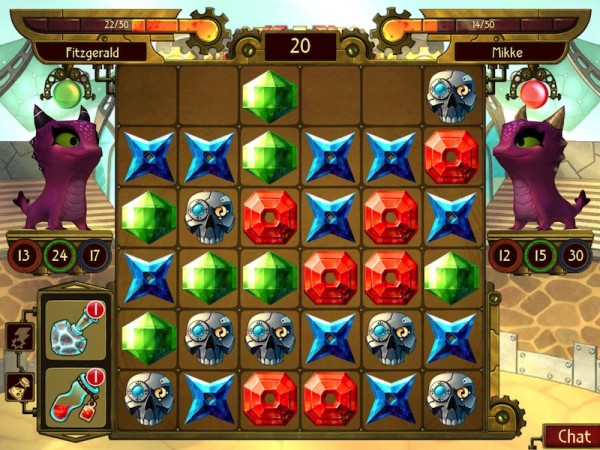 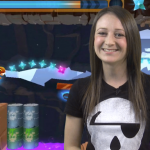