You are using an outdated browser. Please upgrade your browser to improve your experience.
by Daniel Celeste
December 16, 2013 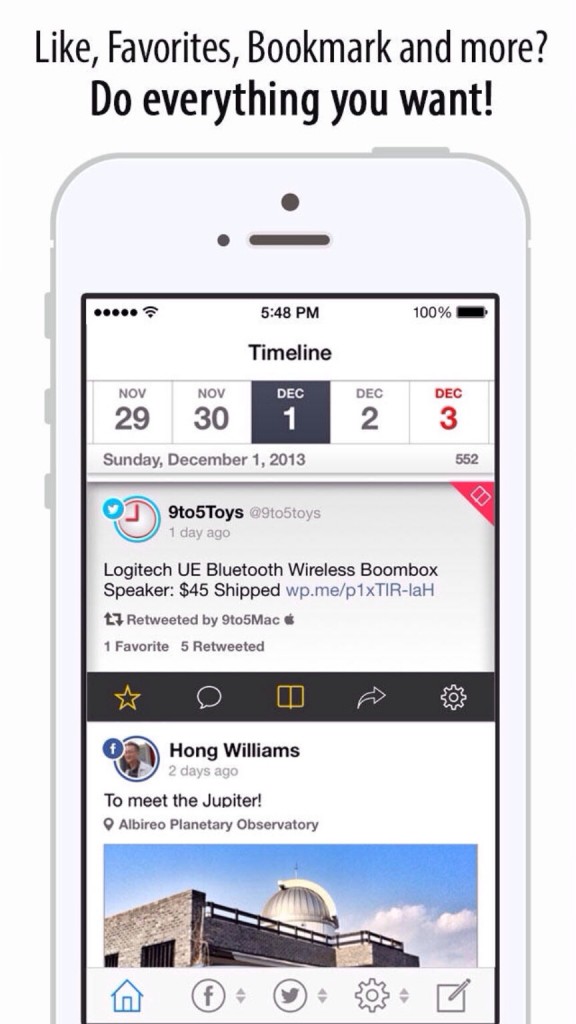 Fatric for iPhone 5/5c/5s - Unified Timeline for Facebook and Twitter ($0.99) by Malgn Technology Co., Ltd. is a social networking app that is, as its tagline says, a “Facebook and Twitterian's Circle.” It aims to combine one's Facebook and Twitter experience into one clean app, and it does this very well. How well this gels with Version 1.1 of Twitter's API that was released earlier this year in unknown, which includes guidelines about not mixing other services within Twitter clients, but only time can tell how this will pan out. For now, Fatric is a nifty little app. 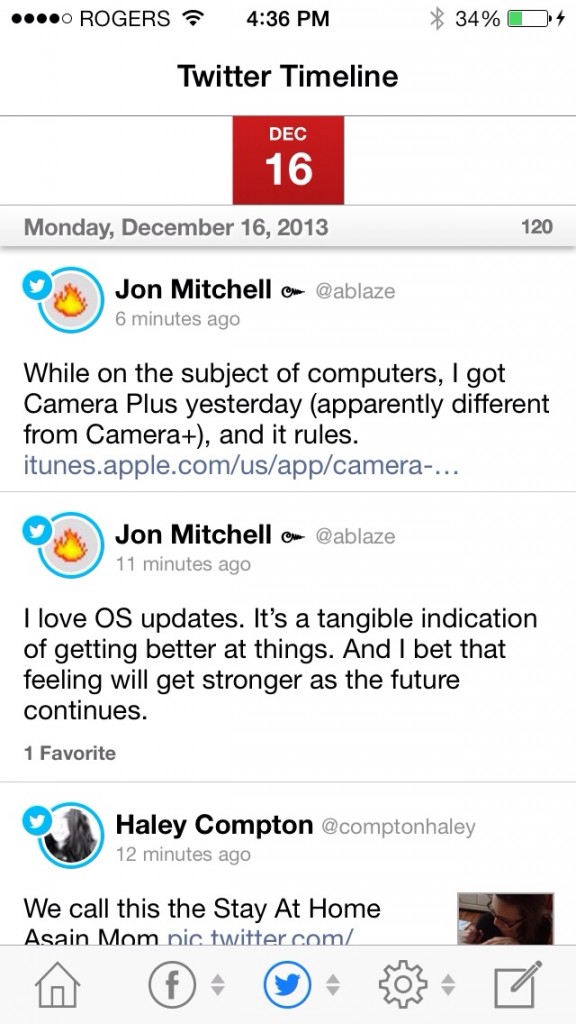 In the main tab, your Facebook and Twitter feed will be combined into one chronological timeline, organized by date according to the picker at the top. Tapping on a post from either service will reveal a black contextual menu, with actions including favoriting or liking, commenting or replying, bookmarking, sharing, and viewing comments or replies. The function of each button depends on whether you are working with a Facebook or Twitter post.

Another component of the app's UI that looks awfully familiar is the customizable tab bar, which allows the modifying of tabs by tapping and holding on buttons with arrows beside them. This allows for, say, switching between your Facebook timeline and profile, or Twitter feed, replies, and direct messages.

Finally, what good would a social network hub be without the ability to cross-post status updates? Fatric is able to do this without any hiccups, and this includes posts with photos, location information, and user tags.

Fatric also has some other small goodies, like the ability to configure custom link shortening, photo uploading, and read-it-later services, although the selection is limited to Pocket, Readability (link shortening only), t.co, yFrog, TwitPic, and MobyPicture for their respective abilities.

While not all Facebook and Twitter users may want these networks to be combined into one app, Fatric is the way to go if you like this idea. It supports both of the services well enough that the experience is not degraded by limitations. 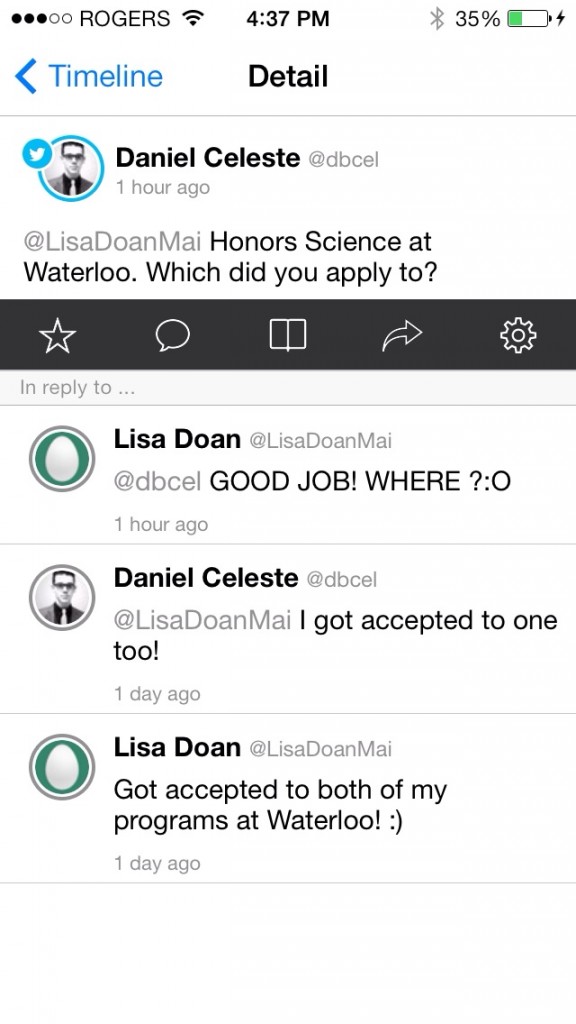 Exclusively for devices with 4-inch Retina displays, Fatric is available for $0.99 in the App Store. This means that it will only work on iPhone 5 or later, and the fifth generation iPod touch. 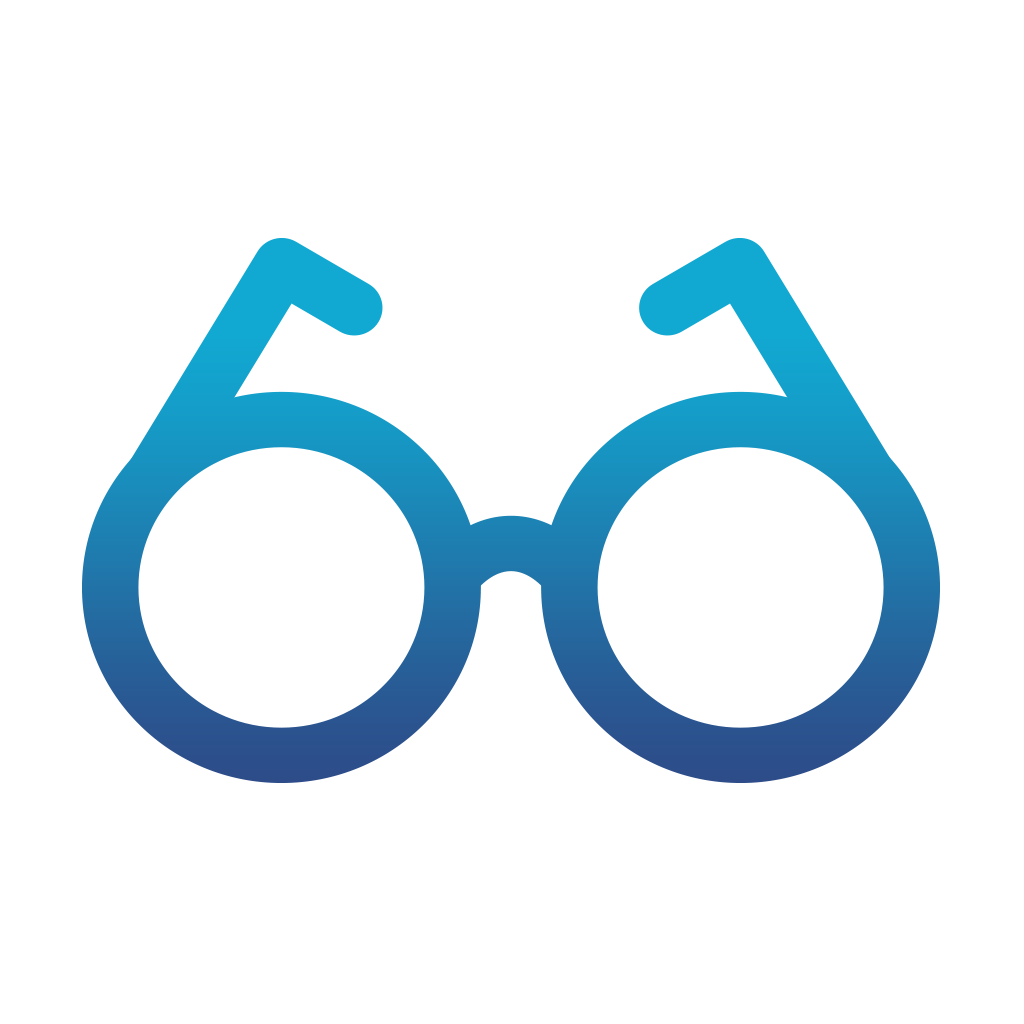 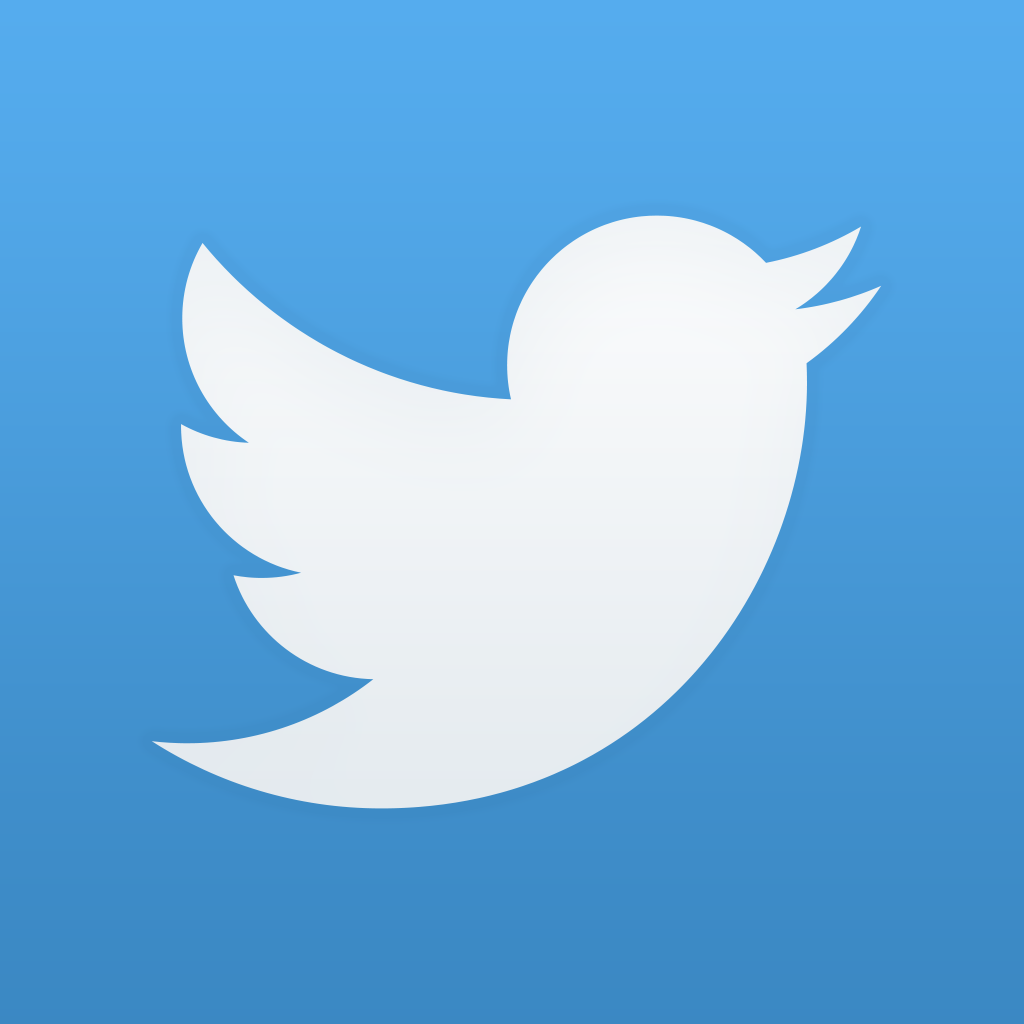 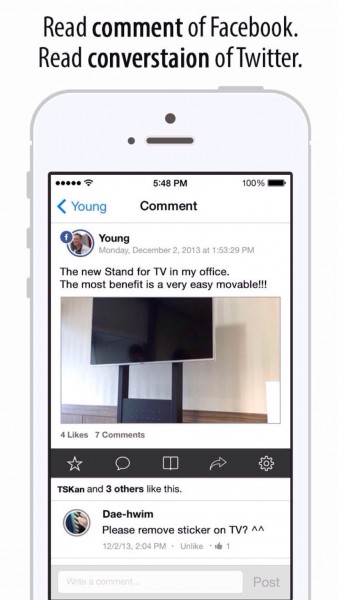 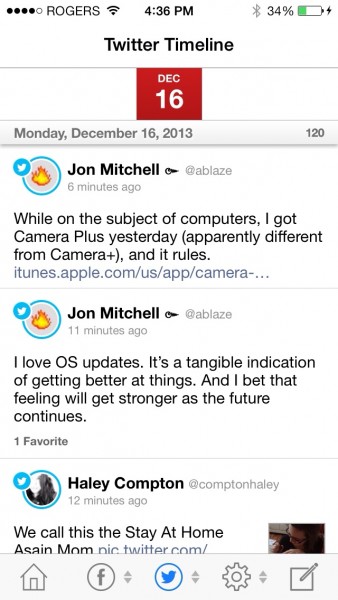 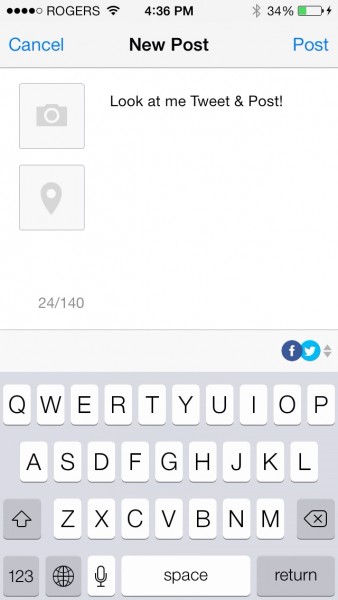 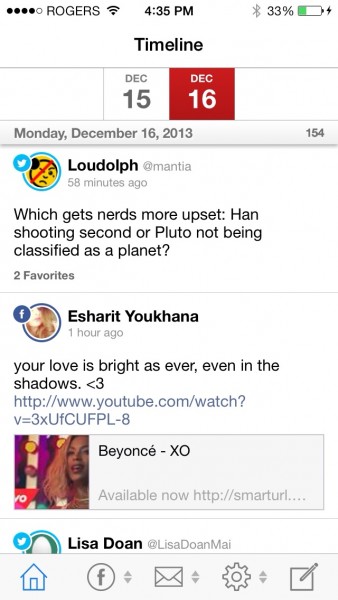 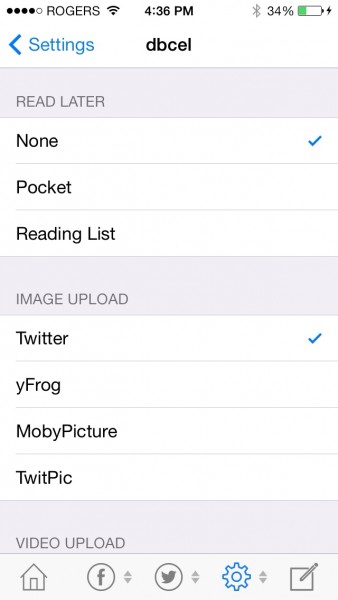 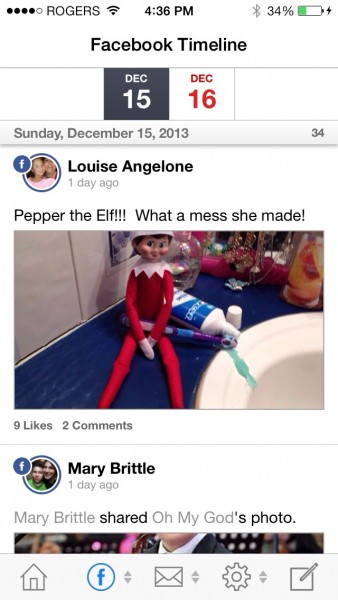 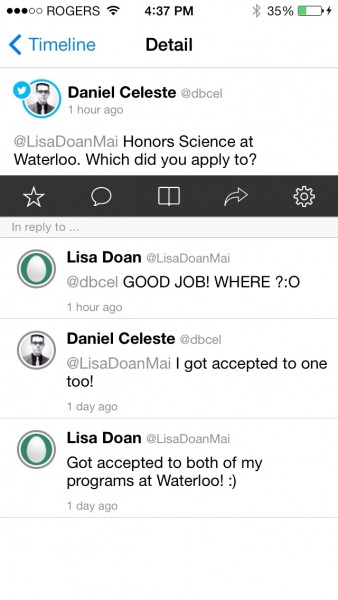 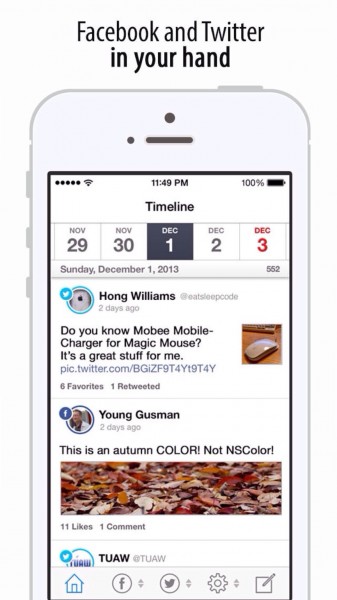 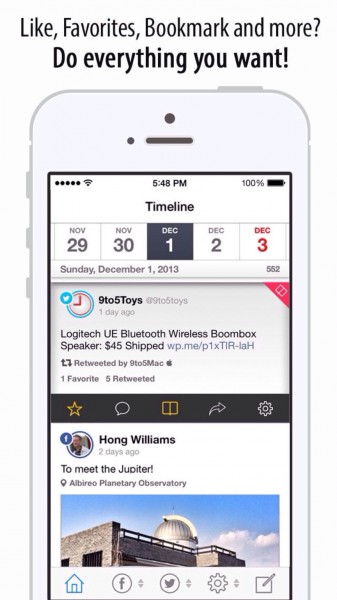