You are using an outdated browser. Please upgrade your browser to improve your experience.
by Lory Gil
February 7, 2013 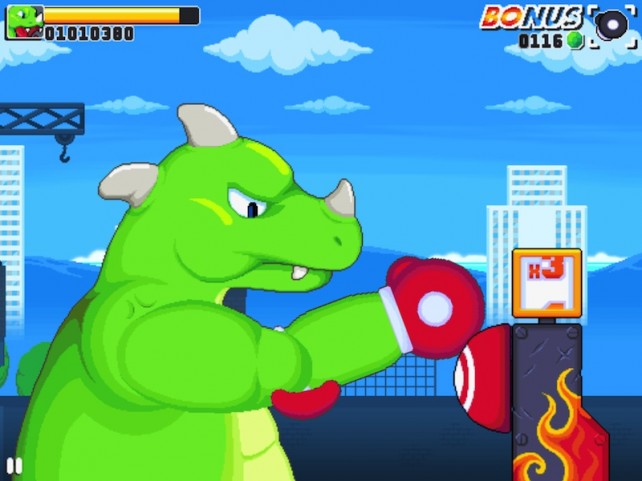 Roar Rampage ($0.99) by FDG Entertainment is the iOS version of the point and click desktop game of the same name. Smash, crash, and bash your way through the world’s metropolises as you take down military forces with one boxing-gloved fist. 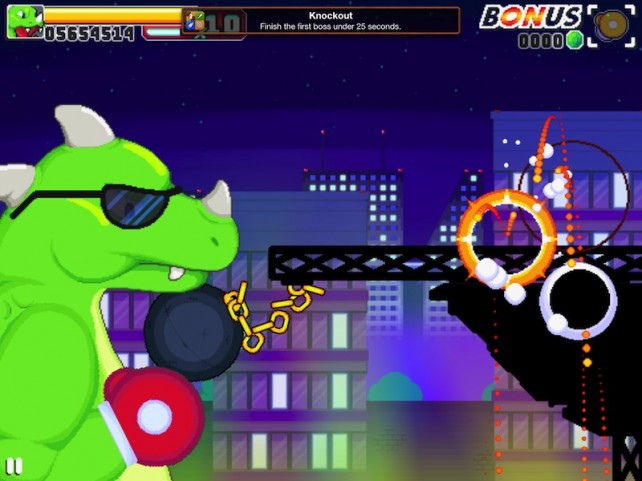 Players control a rampaging dinosaur that is set on destroying everything in its path. To topple a building, all you have to do is punch it to rubble. To punch, touch the dinosaur’s fist and drag it to your target. You can smash buildings, demolish train rails, and annihilate helicopters. If you aim your blow carefully, you may even send one copter into the path of another, destroying both at the same time.

This game is similar to the 1986 arcade classic Rampage, but different enough to not be a total knockoff. Players smash a path of destruction through a side-scrolling city, including incoming military airstrikes, but instead of a virtual joystick and buttons, players drag their finger across the screen with the dinosaur’s fist to cause damage.

You can pick up some objects on the screen and use them as weapons. For example, you can pick up a commuter train and swing it into the buildings for one-hit destruction. You can also grab a wrecking ball and use it to take down missile-shooting helicopters.

Sometimes, you’ll be whisked away to a bonus level where you will play a version of Breakout with the dinosaur’s fist as the paddle. There are special bricks that are filled with gems for you to collect. 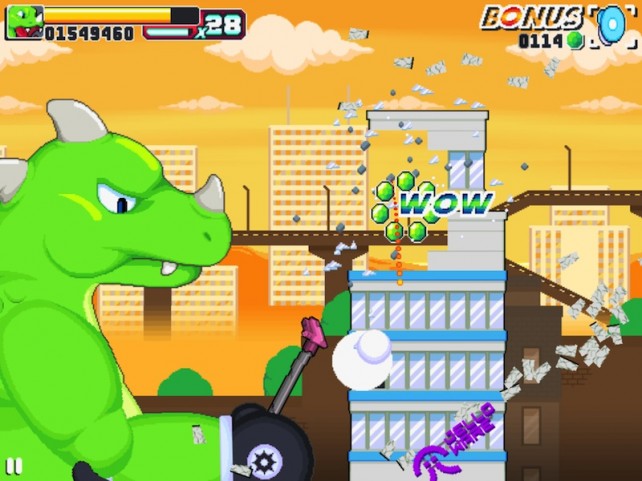 Gems are used to buy power ups like fire punch, special items like ice breath, and other fun in-game additions. If you earn enough gems, you can even unlock Mecha Dino and play the game as a robotic dinosaur.

If you enjoyed the massive destruction game Rampage, then you’ll love Roar Rampage, too. This is a great, classic style arcade game, complete with pixilated graphics and a cheesy soundtrack. The price is right and the action is non-stop. Try not to love it. I dare you. 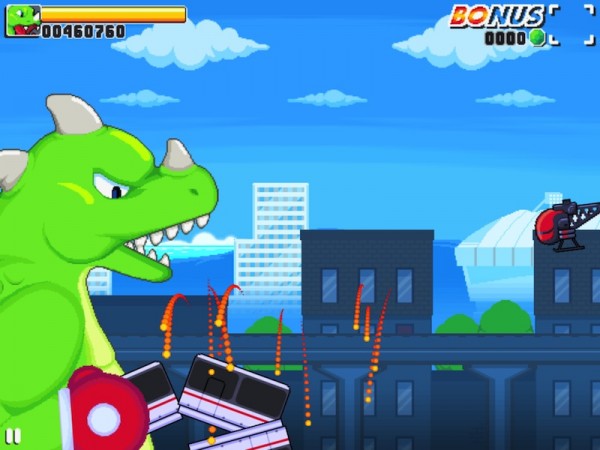 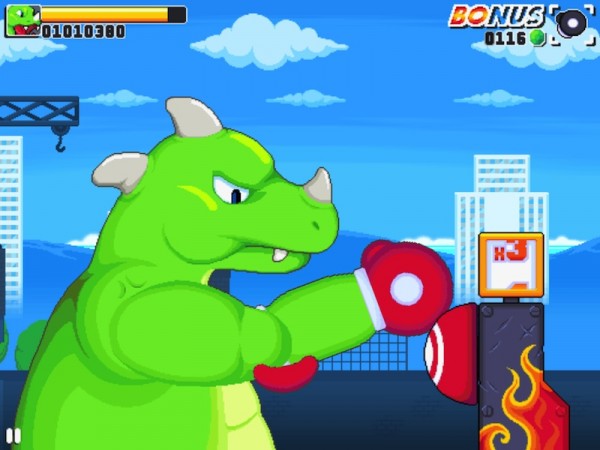 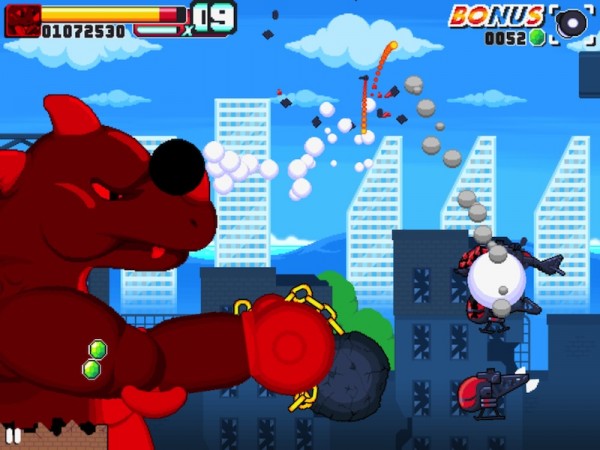 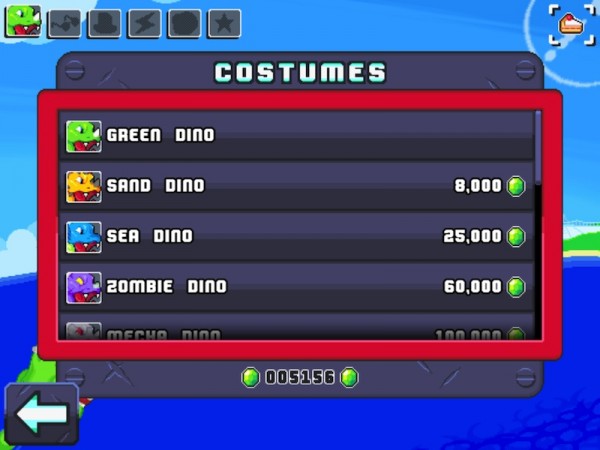 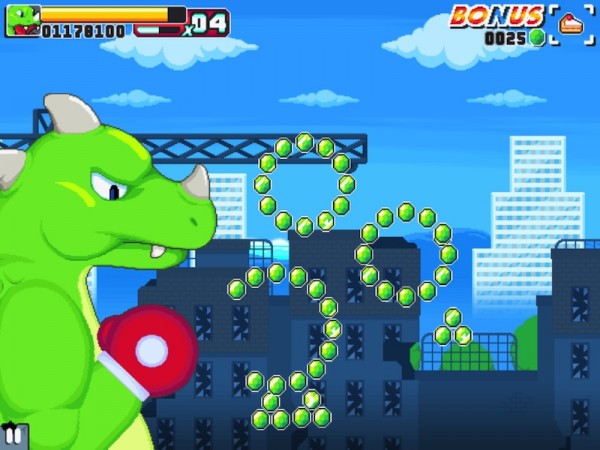 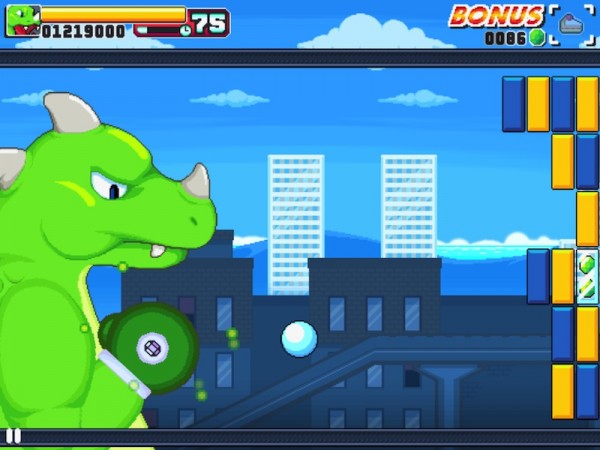 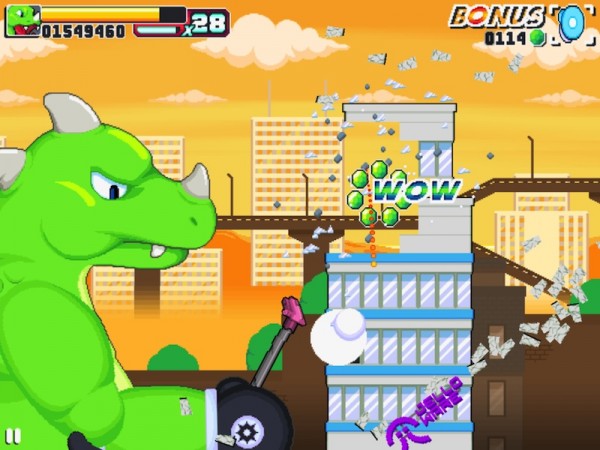 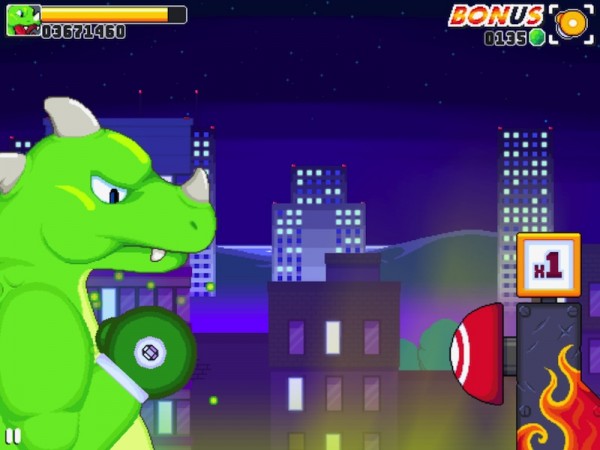 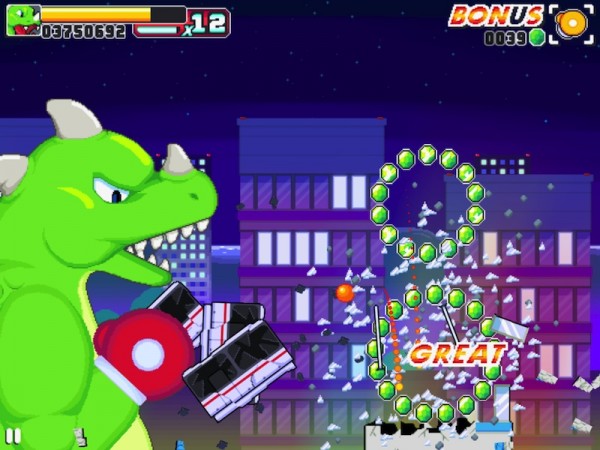 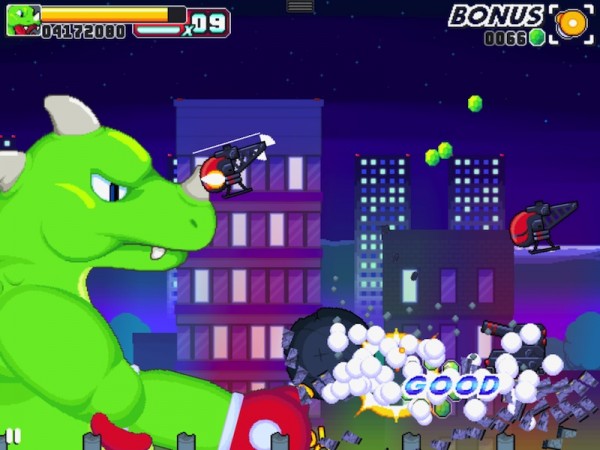 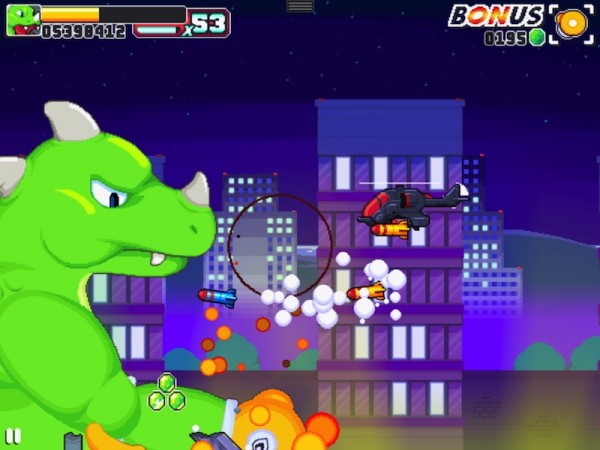 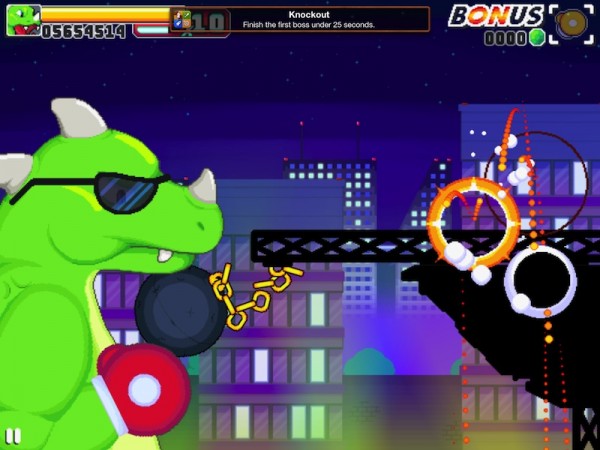 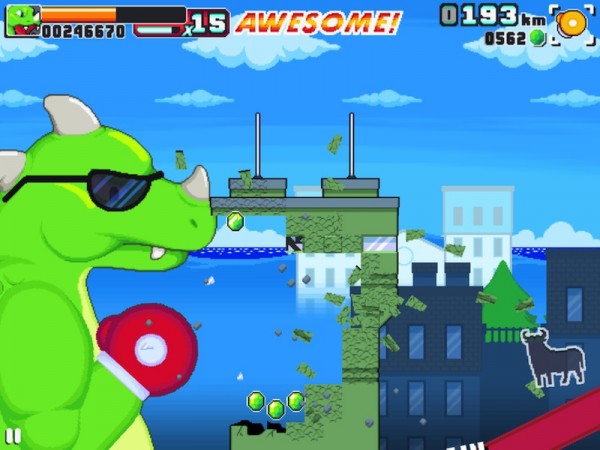 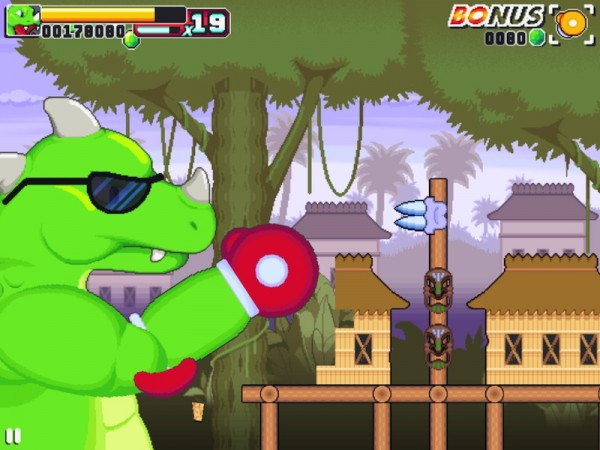 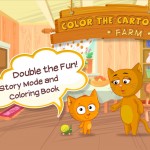