You are using an outdated browser. Please upgrade your browser to improve your experience.
by Christine Chan
May 5, 2017 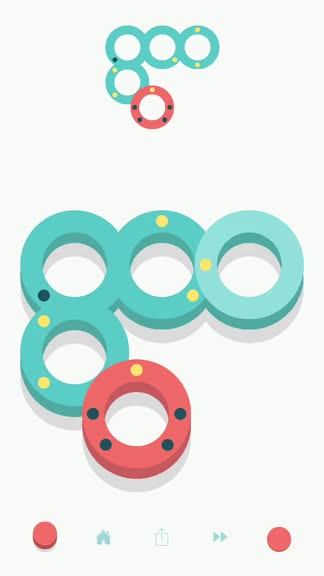 rvlvr. (Free) by The Frosty Pop Corps Inc. is a whimsical puzzle game about rotating rings that will leave you scratching your head, but in a good way. If you enjoyed recent games like Topsoil, Polycolor, and KAMI 2, then rvlvr is another fine gem to add to your collection.

Let’s face it — life gets pretty stressful for many of us, and sometimes we just need a break from reality and all of the crappiness that it may bring us. We all have our own ways to deal with stress, and my preferred method involves diving into a variety of video games to take my mind off of things. When I have a long day, I prefer to just sit down and relax with some relaxing puzzle games, and while it feels like I’ve played the majority of what the App Store has to offer in this regard, I can’t help but be on the lookout for more. When I saw rvlvr on the App Store, I was definitely intrigued, because this is not your typical puzzle game. After spending some time with rvlvr, I can say that it does not disappoint if you’re in the mood for a nice puzzle to “chillax” to. 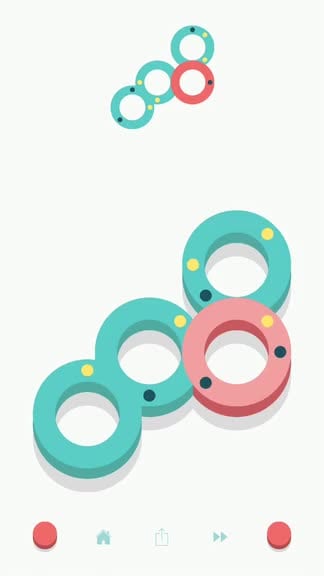 In terms of visuals, rvlvr has a nice simple and clean aesthetic to it that fits in well with the popular minimal trend these days. The game features basic geometric shapes (circles and dots) that are the main focus on the screen, as there are no cluttered menus, buttons, or text that get in the way. The color palette in rvlvr is pleasing on the eyes with the creamy off-white background and soft yet vibrant hues of the rings and dots. There’s a mostly flat design going on, but the rings themselves feature a bit of depth to them because of the slightly angled perspective and shading of the rings and buttons. Animations are smooth and fluid with zero lag on my iPhone 7. The playful soundtrack is a delight to listen to as you play, and there are charming sound effects when you successfully complete a puzzle. Overall, Frosty Pop Corps has made a tastefully simple puzzle game in terms of visual and audio design.

Like many other puzzle games before it, rvlvr is level-based, and at the moment the game claims to have thousands of levels available for players, so it provides you with enough content for a good while. The game is fairly linear, as you’ll be tasked with going through each puzzle one-by-one in chronological order, though there is the option to skip a level by watching an ad. Unfortunately, though, due to the vast amount of possible puzzle combinations, there’s no way to go back to a previous level that you’ve already solved. This shouldn’t be a problem for most, but if you liked a particular puzzle, then you’re out of luck once you solve it. The goal of rvlvr is simple enough: just rotate the rings until the dot pattern matches the one that is shown at the top of the screen. It sounds easy enough, right? And while it starts off that way, players soon learn that things can get particularly tricky as you get further along.

Controls in rvlvr are easy and intuitive enough for anyone to understand. Each puzzle is composed of multiple rings that feature dots inside of them. You can only rotate one ring at a time, and to pick the one you want to spin, just tap on the one you want to rotate with the buttons in the bottom left and right corners. Once the dots are overlapping with another ring, you can tap on it to control that ring, and just repeat the process until you match the dot pattern at the top. Since there are no time limits or move restrictions, you can take as long as you need to in order to solve a single puzzle.

Since rvlvr is a free game, there will be some occasional ads that will be shown after several levels. Fortunately, the game is not too obtrusive with them, as they only show up once you complete a puzzle. And if you want to skip a level that is too difficult for you, then you’ll have another ad to watch. However, the game does not have any annoying banner ads so it’s not too bad. If you don’t like being shown an ad after every handful of levels though, you can remove ads and have unlimited skips with the $1.99 premium upgrade that is available through in-app purchase.

I’ve only started rvlvr today while perusing the App Store, but so far I’m finding it to be a pleasant experience. The minimalistic visuals are eye-catching and pleasing, the music is immersive and the sound effects are fun, controls are simple, and the puzzles themselves are rather challenging and a good way to pass the time. I honestly don’t mind the occasional ad, and having the option to skip levels is rather nice. I think the game is worth the few bucks to get rid of ads, honestly, since there are literally thousands of levels.

I recommend checking out rvlvlr if you’re looking for a calming but stimulating puzzle game to keep you occupied this weekend. You can find rlvlr on the App Store as a universal download for your iPhone and iPad for free with in-app purchase for ad removal and unlimited skips. There is also an iMessage sticker pack. 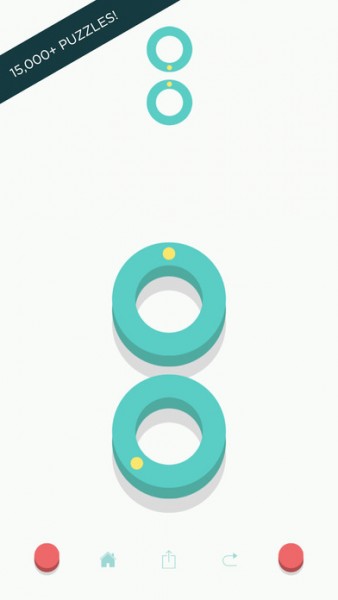 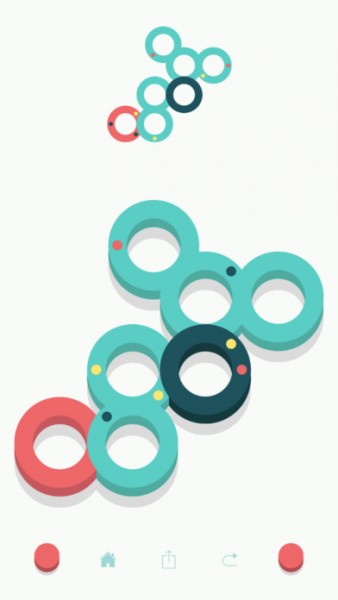 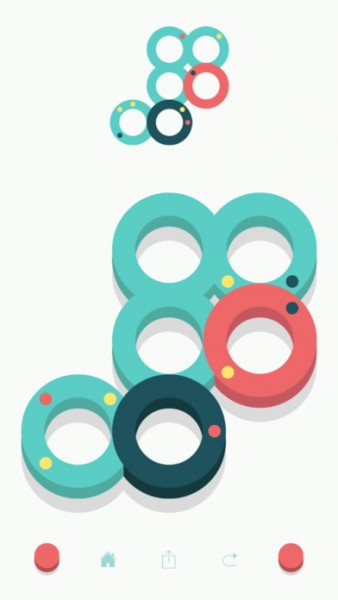 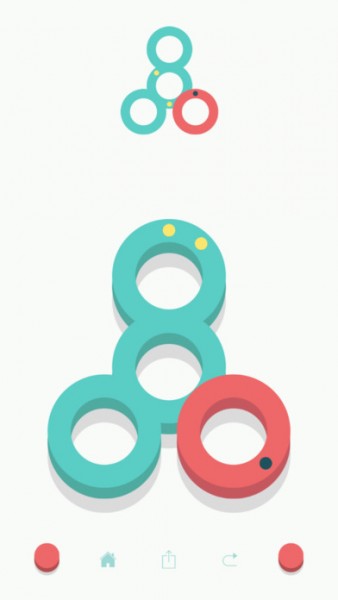 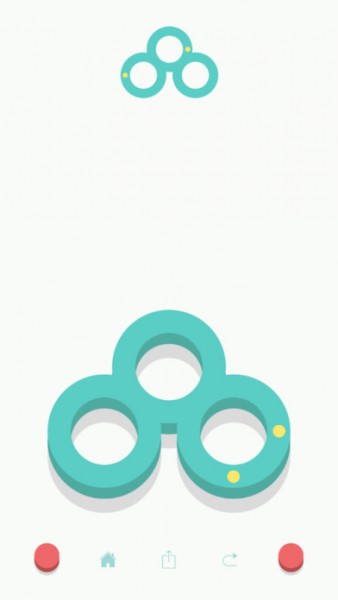