You are using an outdated browser. Please upgrade your browser to improve your experience.
by Christine Chan
May 2, 2017 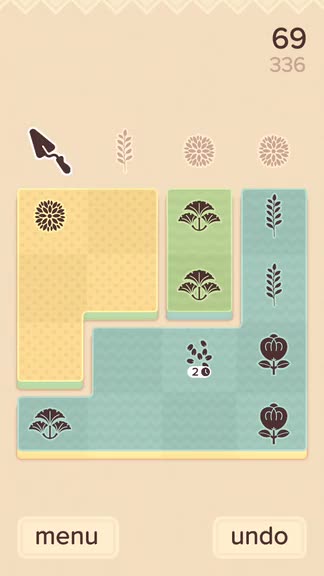 Topsoil (Free) by Nico Prins is a zen-like puzzle game about growing plants and working your garden’s soil. If you liked other recent peaceful puzzles like KAMI 2 and Cosmic Express, then you will love what Topsoil offers.

While most of my gaming time these days is going into Mario Kart 8 Deluxe on my Nintendo Switch, I still like to take a break from the stressful racing battles to just chill out with something a bit more relaxing, to say the least. For these moments, I turn to my iPhone for some peace of mind, and my favorite genre for this are puzzles, of course. Even though I feel like I’ve played almost every puzzle game that the App Store has to offer (give or take a few), I can’t help but be on the lookout for new ones whenever they hit the market. So when I stumbled upon Topsoil, I was intrigued, because it almost reminded me a bit of City Lines, which was another enjoyable puzzle. After giving Topsoil a try, I can say that I’m not disappointed. 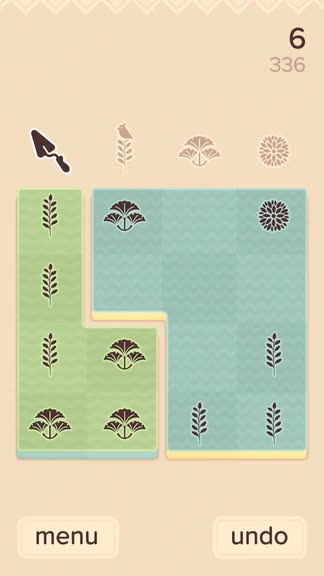 Visually speaking, Topsoil is beautifully minimal and will appeal to anyone who appreciates a simple and clean design. The game is relatively flat for the most part, but there is a bit of depth to it due to the angled perspective on the soil tiles, but everything else is flat. Icons are easily distinguishable from each other and have a pleasant appearance that gives you a sense of tranquility when seeing them. Colors in Topsoil are muted earthy tones, which is fitting, as the game features a creamy beige background with soil that alternates between tan, green, and blue. The black icons provide excellent contrast with these hues, and seeds that grow in a certain number of turns are instantly recognizable because of the small number badge on them. Animations are smooth and fluid, with no issues of lagging or choppiness on my iPhone 7. There is no background music while you play, but there are some whimsical and charming sound effects as your plants and trees grow, which is fun to hear. But since there is no background soundtrack, you can play Topsoil while playing your normal music.

Like the standard with most puzzle games, there’s only one game mode in Topsoil. Despite this, the gameplay itself is rather simple and addictive, so you will find yourself coming back for more. Since it’s just one mode, the game is essentially a high score chaser, but you never feel stressed about beating your previous record because Topsoil provides players with a super chill experience. The goal of the game is straightforward: harvest as many plants as you can before the garden fills up. To do this, just place plants of the same type in adjacent squares so that you can harvest them together (more plants, more points) and turn over the soil. Topsoil starts out easy enough, but as you discover new seeds, trees, and even friendly birds, things get a bit more complicated. Once the garden fills up and you have no more moves at your disposal, the game ends.

Controls in Topsoil are intuitive enough for anyone to understand. The game features a 4×4 grid in the center of the screen, and along the top of it is a ribbon that shows you what plant or seed you’re planting, along with what’s coming up next. With this in mind, you want to make sure to place the same plant types next to each other for harvesting so you can get the most points. To plant something, just tap on the square tile you want to place it in. When the trowel comes up in the ribbon, that means it’s time to harvest — just tap on the cluster of same-type plants or trees you want to harvest so that the soil can turn over. While it’s best to harvest groups, you can also just harvest one plant at a time if need be — it’s not the most efficient way to go about the game, but sometimes it’s necessary. When you run out of space to put plants in the garden and haven’t reached the trowel yet, then you’re out of moves and your run ends. Your score is determined by the number of plants you’ve harvested (bigger clusters get more points), and if you make consecutive harvests, then you get a chain multiplier as well, which is nice. 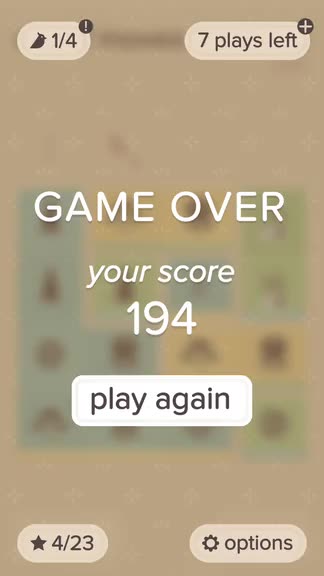 As mentioned earlier, Topsoil features both plants and seeds. The plants can be harvested right away, but seeds will have a number badge on them — this indicates the number of harvests that need to be made before the seed grows into a tree. And while the trees take longer to grow, they are worth more points as well, so it’s nice to plan ahead with them.

When you play the game more, you’ll start to notice some plants having birds on them. The birds increase your chain multiplier, so it’s important to unlock them. To get birds on each plant or seed type, you’ll have to harvest enough of that type before it becomes available during play, and your progress can be viewed by tapping on the button with the bird icon on it.

Since Topsoil is an initial free download, the game does limit the number of times you can play the game, which is four plays to start with. You can earn another three plays at a time by watching an advertisement, or you can opt to have unlimited plays for an in-app purchase of $3.99. Fortunately, the game can be enjoyed without paying anything, since the ads are voluntary, and they never just rudely interrupt your game.

I’ve only been playing Topsoil for a brief amount of time this morning, but I am in love with the experience that it offers so far. The game is not only gorgeous to look at, but the sound effects are nice to listen to as well. Plus, since there is no music in the background, the player still has the option to listen to their own music while playing, which is always a great thing. The controls are super intuitive and responsive, and the gameplay mechanic is interesting and brings a challenging new twist to your usual puzzle fare. And even though it’s a freemium game, it does not push players to go for the upgrade, so you can play without having to spend anything, though you will have to watch some ads for extra plays. Honestly though, I think the game is worth the upgrade price, because this is something that you will want to come back to again and again.

I highly recommend giving Topsoil a try if you’re in the mood for a calm and zen-like puzzle game that is still challenging. You can find Topsoil on the App Store as a universal download for your iPhone and iPad for free with in-app purchases. There are also iMessage stickers included. 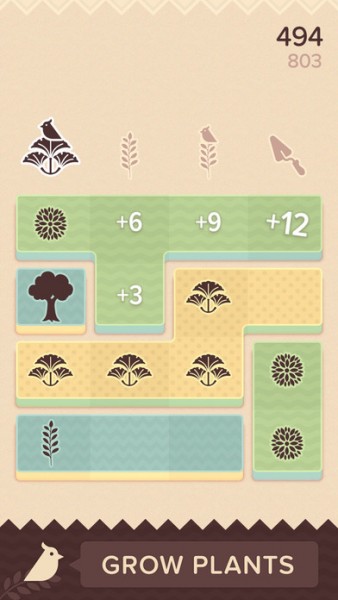 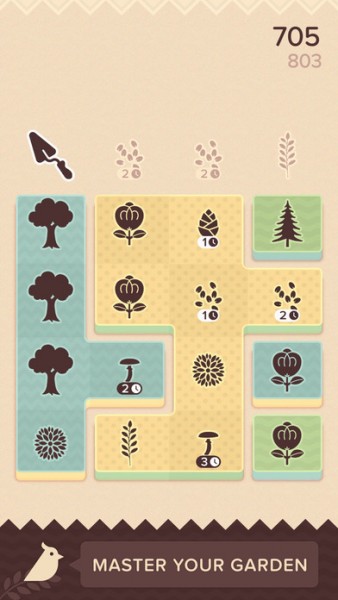 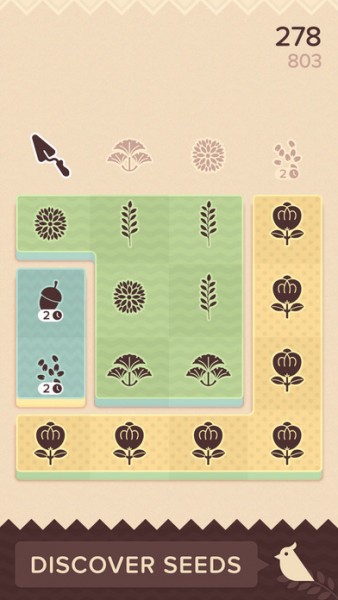 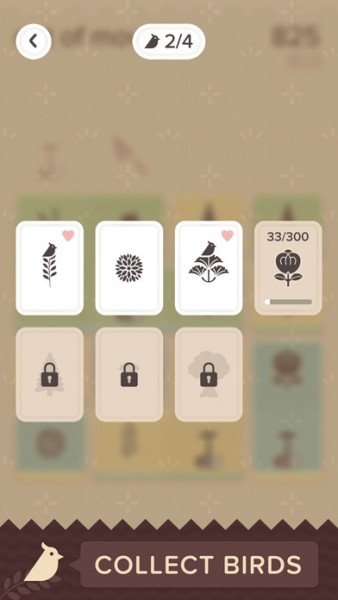 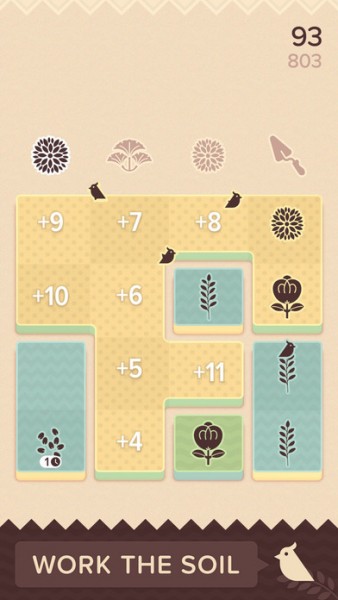