You are using an outdated browser. Please upgrade your browser to improve your experience.
by Christine Chan
January 17, 2017 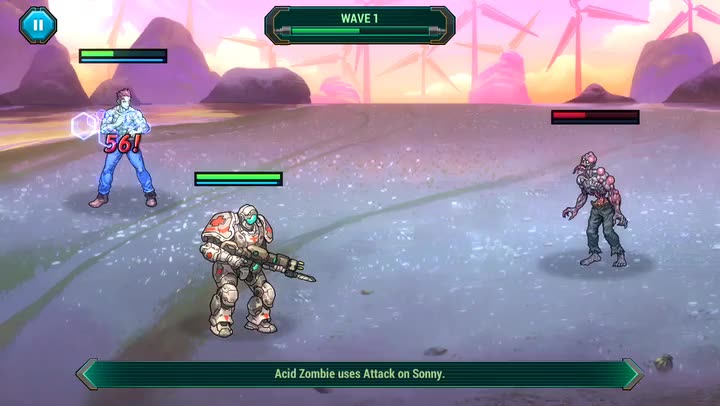 Sonny ($2.99) by Armor Games Inc is a turn-based combat RPG that is filled with lots of action and zombies. For those who are unaware, the original Sonny games are cult-hit classics that are Flash-based and you could play them in your browser. This version of Sonny, though, has been completely reimagined for iOS and is well worth your time and money, even if you’ve never played Sonny before in your life.

It seems that ever since “The Walking Dead” became a worldwide phenomenon because of the AMC television series, zombies have risen in popularity among those who usually aren’t into them in the first place. Nowadays, you can’t really find someone who isn’t into the zombie apocalypse thing, or at least knows enough about it. I’ve been a fan of zombies and vampires long before they became popular, but hey, I welcome the trend with a warm embrace. So naturally, when I saw Sonny on the App Store, I was intrigued because for once, you get to fight as a zombie who still has their humanity — that’s definitely something you don’t see every day. Plus, it’s a turn-based RPG style game, which is one of my favorites, so how can I say no to this gem? Needless to say, I’m not in the least bit disappointed with it. 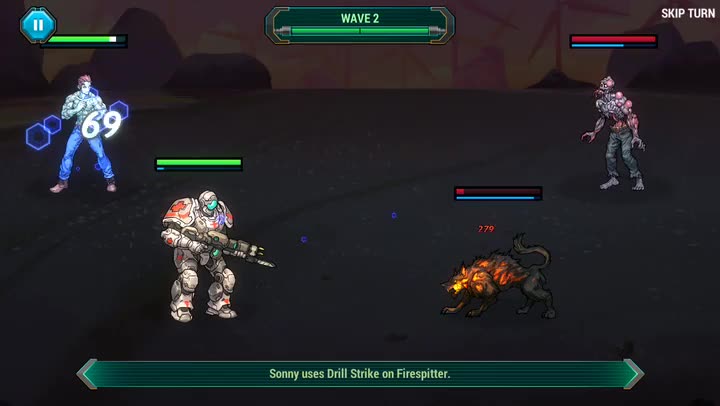 Visually speaking, Sonny is gorgeous and immersive with the bizarre and dangerous world that it takes place in. If you’re a fan of gritty graphic novels and comic books, then you will love the art style of Sonny, as it features comic strip style cutscenes that explain the in-depth story behind the game. And it’s not just the cutscenes that are done up in this fantastic art style, because the rest of the game falls in line with it too. The character models of Sonny, as well as the other characters and enemies that you encounter, are all rendered beautifully and have incredible amounts of detail in their sprites that it makes it feel like you’re just in a giant graphic novel that has come alive. While the tone of the game is dark and gloomy, and most of the environments that you’ll find yourself in reflect this, the game still makes use of bright and vibrant hues that contrast nicely. This is most noticeable with the attacks that will be exchanged between Sonny and his foes, because these can be rather flashy as you get further into the game. All animations are buttery smooth and fluid on my iPhone 7 with no lag, and a captivating and engaging soundtrack. There’s also some great voice acting that is done during the dialogue exchanges. Armor Games have knocked it out of the park with the visuals and audio behind Sonny.

When you first start Sonny, you’ll go through a few cutscenes that explain the origins of Sonny. Essentially, Sonny was on a ship and died, but there’s Louis, who finds him and happens to have this awesome serum that can revive the dead and keep their mind intact but without their memories. But there’s not much time to explain it all, because as soon as Sonny comes back to life, there are other zombies who are trying to kill him and Louis. The only key to survival is to fight, of course.

As the game goes on, you’ll find Sonny and yourself in new zones that reveal the story through character dialogue and cutscenes. While you’re in each new zone, you can just tap on the “Fight” button to begin the multi-stage combat sequence for each level in that area. Each battle consists of several waves of foes, and may have a boss battle during the last phase.

Since the game is also an RPG, you will gain experience points from each successful fight, and it’s possible to find new equipment that you can use, which can increase your power, speed, defense, vitality, critical chance, and hit bonus stats. When you level up, you gain a skill point that can be used to acquire a new active or passive skill in the tree, or you can spend it to upgrade an existing skill to make it even more powerful. Since the points only come as you gain levels, it’s important to think about what you’re putting them into if you want a good character build. Fortunately if you make a mistake, or change your mind, there is a re-spec option so you can distribute the points from scratch, but this will cost you money, and it gets more expensive the more skill points you’ve accrued. Sonny can only have up to eight active abilities to use in battle, so make your decisions wisely. 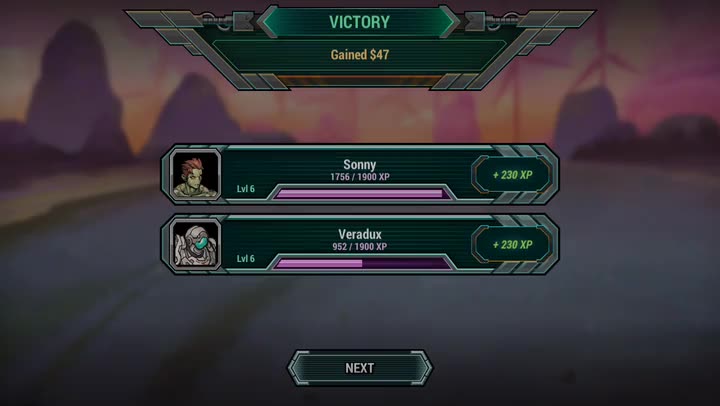 The combat system in Sonny is pretty simple and straightforward. Everything is turn-based, and each character has their speed attribute that affects how fast their blue “focus” bar fills up. When the focus bar is full, that character can take their turn and time is frozen to indicate this, so it’s not like Active Time Battle like in some Final Fantasy games. When it’s Sonny’s turn, you can tap on the foe that you want to target, and then select the skill that you want to use on them. You can have basic attacks that are fast and simple, or go for your stronger abilities that do more damage, but do have cooldown periods. If you need to heal, you can tap on yourself and select your healing ability. When the focus bar on enemies or your teammates fill up, they will take action on their own, so you don’t have to worry about them.

The difficultly level in Sonny is pretty gradual, though I am reading from iTunes reviews that things get pretty tough starting in Zone Three. This may be the point where you might need to reconsider re-speccing Sonny for a more suitable build, but there is another option available as well: training. From the game’s main menu, you can opt to go train, which features one wave of weaker foes that you can easily take out for some easy experience points. This is a good and quick way to get some extra experience points if you feel that the main story levels are getting a bit too hard and blocking your progression towards better skills and items.

When Sonny advances in the game, he will find some characters that join him on his journey to figure out what’s going on. You can manage your party members from the game’s main menu screen, and even pick what items to equip on them in the Items view. If you’re ever low on cash, and have items that you doubt will be of use anymore, you can sell them for some cash and re-spec when needed. The only bad thing about the teammates that you’ll have is the fact that you’ll have no control over how they perform in battle, so you may get annoyed with the AI during critical moments.

I’m new to the world of the Sonny games, but so far I’m enjoying this iOS release a lot, despite only being in the beginning of the game still. I love the art style, the original soundtrack score is fascinating to listen to and sets the mood perfectly, and the voice acting is well done. As a big fan of turn-based strategy RPGs, I think the combat system is awesome in Sonny, and the game is rather punishing if you make a mistake, so it keeps you on your toes. I do wish that it was possible to control how your teammates fight, but I suppose that the way it is now just means you have to plan out your every move, just in case your teammate can’t throw a heal your way. Still, this is a solid release for iOS and a game that I will be keeping around on my device.

I highly recommend giving Sonny a try if you’re into action-packed turn-based combat RPGs that are filled with zombies and dystopian worlds. You can find Sonny on the App Store as a universal download for your iPhone and iPad for just $2.99. There are no in-app purchases. 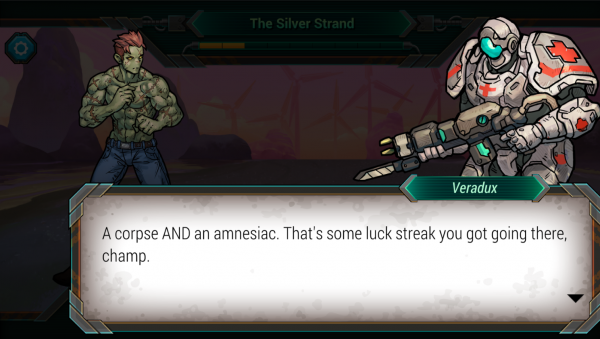 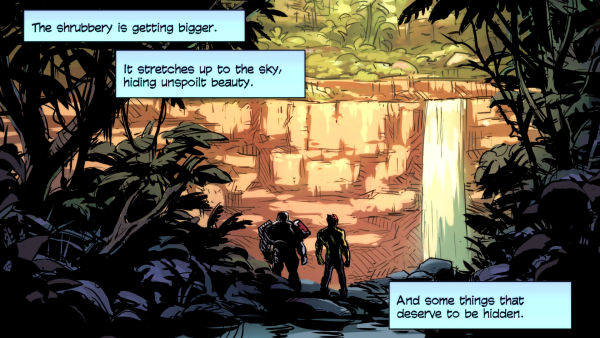 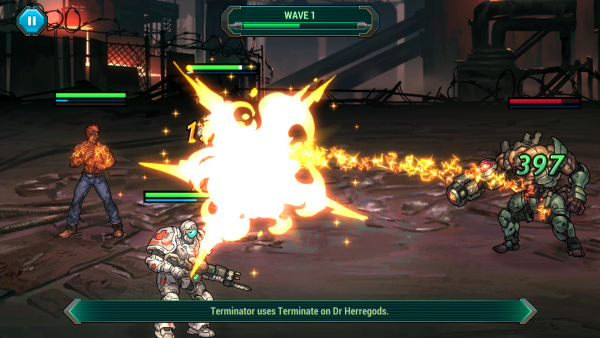 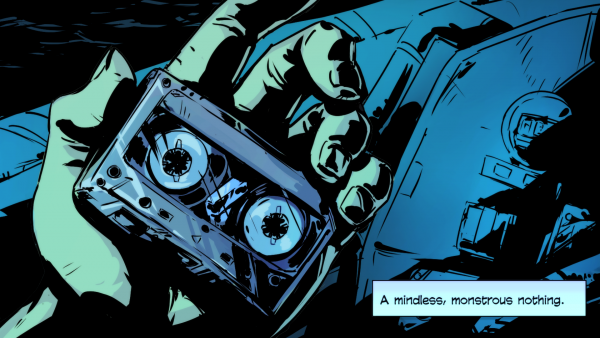 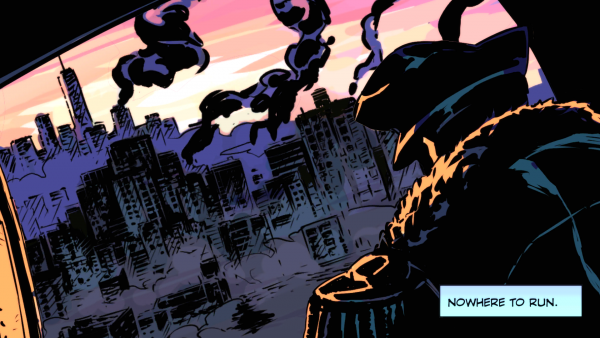 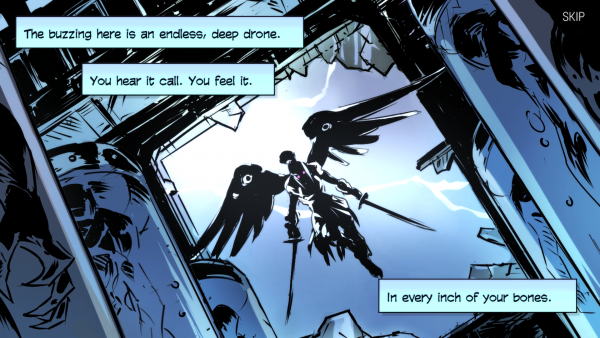 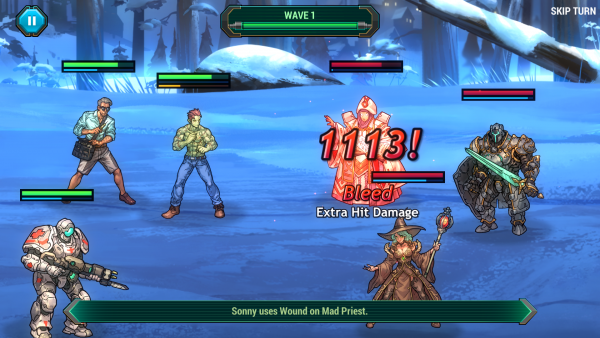 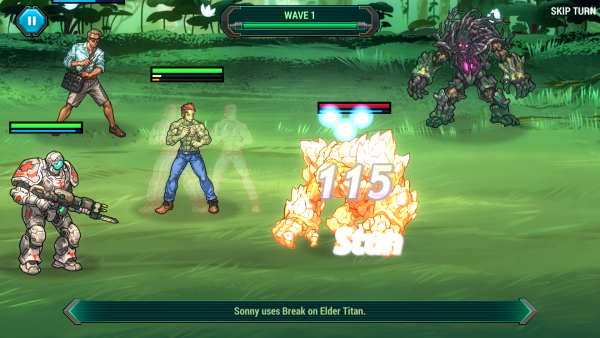 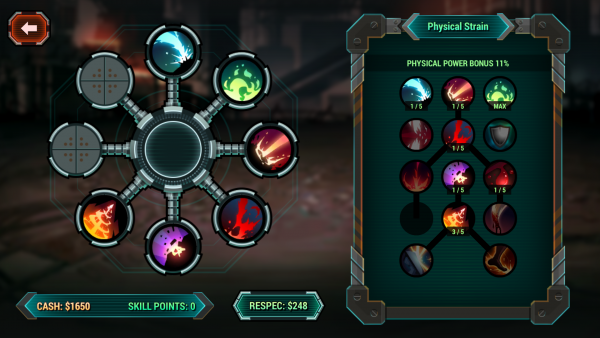 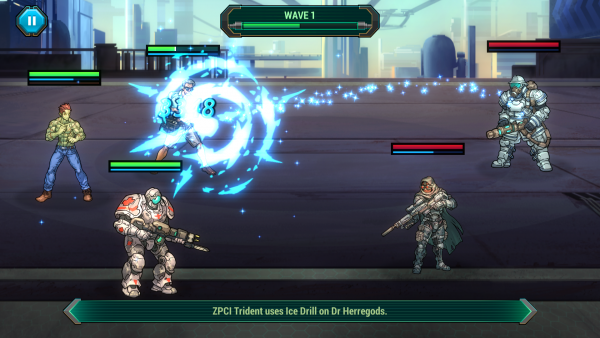 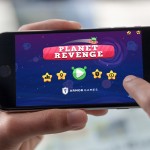