You are using an outdated browser. Please upgrade your browser to improve your experience.
by Christine Chan
January 9, 2017 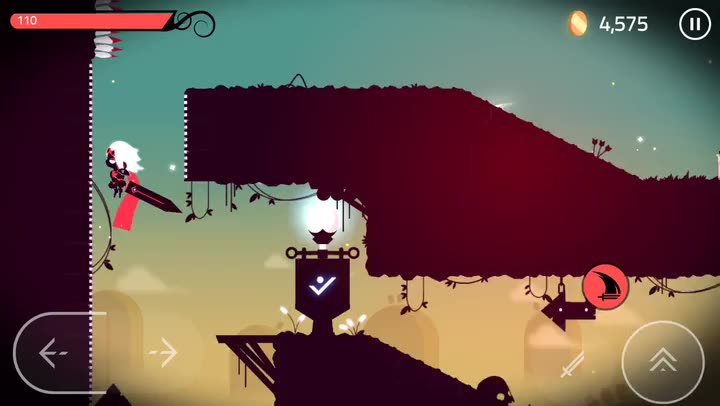 Star Knight ($0.99) by JungSang You is an action platformer game that will give you a real challenge. If you grew up with platformer games and want a real gem to add to your collection, then Star Knight is worth a look. It joins the ranks of other fine platformer games like Le Parker: Sous Chef Extraordinaire and Goblin Sword.

As someone who grew up in the late ‘80s and early ‘90s, I have many fond memories of platformer games in general because that’s mostly what I played as a child. Even though I never considered myself to be one of the best platform gamers out there (I can’t do speed runs), I always enjoyed the genre because it was just fun and was a good test of my basic hand-eye coordination and reflexes. Even though I don’t consider many platformers on iOS to be great due to the controls (physical buttons will always reign supreme), with a few exceptions like the Mikey Shorts games, I am still eager to check them out when there’s a new release. When I happened to come across Star Knight (no, not the overpowered Star Knight armor in Monster Hunter 4 Ultimate) on the App Store, I was intrigued because of the screenshots and the game itself looked incredibly fun. After spending some time with it, I’m not disappointed. 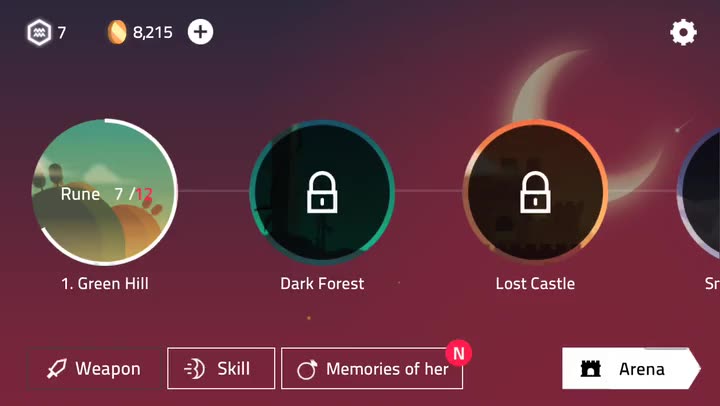 Visually, Star Knight is gorgeous, and one of the main reasons I decided to check the game out in the first place. It features a beautifully minimalistic aesthetic that will appeal to plenty of people, and personally, I find it to be like a mashup of Limbo and Alto’s Adventure, due to the soothingly colored backdrops but dark silhouettes in the foreground. The game retains a 2-D perspective, but due to the background, you get a nice bit of depth, and the vignette effect makes everything in the center pop a bit more. The character sprites are rendered nicely, as they sport a kind of “chibi” look to them. The enemies all have their own distinctive appearance and it is easy to tell them apart from each other, especially as you find yourself in new areas in later chapters. Animations are fairly smooth and fluid in the game, though it does feel like the attacking motion is a bit laggy at times. The game also has a whimsical and captivating atmospheric soundtrack that is a joy to listen to in the background, and sets the mood well. Overall, the developer did a good job with the graphics and audio of Star Knight, and it’s a good reason to dive into the game, even if you had no interest before.

Falling in the footsteps of other platformer games before it, Star Knight is level-based, and players will find five chapters available, though the later ones have to be unlocked chronologically. Each section has about 12 stages to get through, so you get a good amount of content for your buck. Up to three stars can be earned on each level as well, in case you want to be a perfectionist and go back and replay them to get a perfect ranking. Players have the opportunity to acquire coins in the game that can be spent on purchasing better weapon upgrades for their character, and there are runes that can be collected to unlock powerful skills to aid you in battle. Replay value is fairly high if you want to perfect and collect everything.

The story of Star Knight involves the peaceful planet of Gaon that is now under attack, and Dark Dragon Nidhogg took away the sun. It is now up to Naro, the Star Knight himself, to overcome all of the challenges that await him and bring back peace to Gaon. 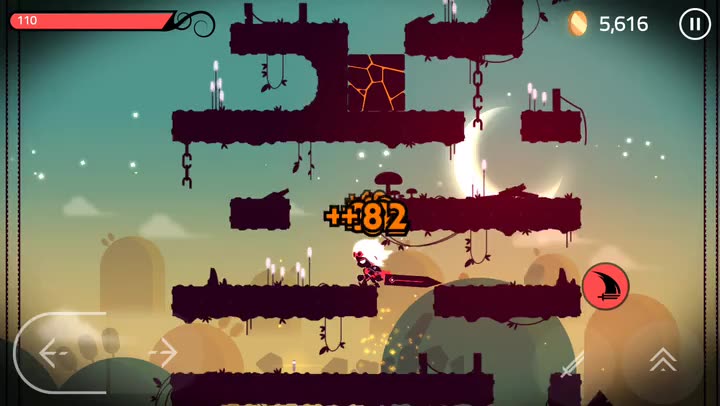 Controls in Star Knight are fairly simple and intuitive, though the button placements are also customizable in case you don’t like the default positioning. In the bottom left corner will be two directional buttons for moving left and right. In the bottom right corner will be the other two buttons, which are used for jumping and attacking. I found the positioning for attacking and jumping to be a tad off for my liking, so I moved them so that they are next to each other instead of in a quarter-circle formation. Once the buttons were in the right spot for me, it was easy to get used to the controls and it’s pretty responsive to touch. I did feel that attacking had a bit of lag between slashes when you tap the button rapidly though, so maybe that can be optimized in the future.

As you make progress in the game, you’ll want to access the shop to check out better swords that you can purchase with those shiny coins and make sure to equip them before going into a stage. You start off with the basic wooden sword, but you can get elemental swords and even ones with magical properties later on. The more expensive a sword is, the more damage it will do, respectively. On top of getting coins and gems, you’ll want to keep an eye out for those runes that are hidden somewhere on each stage. When you collect enough of these, you’ll be able to unlock a new skill and equip it (up to three at a time) to make it easier to overcome your foes. While I think it’s pretty easy to grind for the coins, there are in-app purchases for coins if you are feeling impatient.

I’ve only just started Star Knight, but I’m finding it to be rather enjoyable so far. The game looks exquisite with the contrasting colors and silhouettes, the music is delightful, the controls are nice and customizable, and the game is definitely challenging the further you get. While it starts off easy enough, be prepared to die quite a few times later on, and the game makes sure you know how many times you’ve failed as well, since it keeps count. Fortunately, there are checkpoints so you can start from the last checkpoint if you die, which is always nice. Regardless, Star Knight is a great addition to the action platformer genre.

I highly recommend giving Star Knight a try if you are in the mood for a challenging action platformer game where you can hack-n-slash your way through minions of darkness. You can find Star Knight on the App Store as a universal app for your iPhone and iPad for just $0.99. There are in-app purchases for more coins. 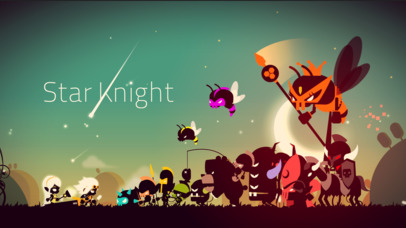 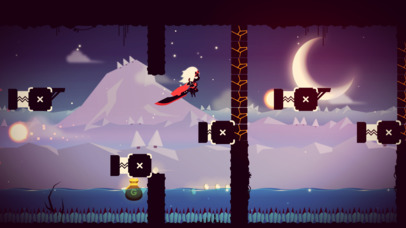 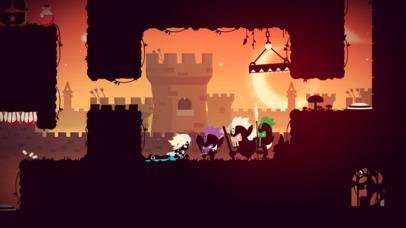 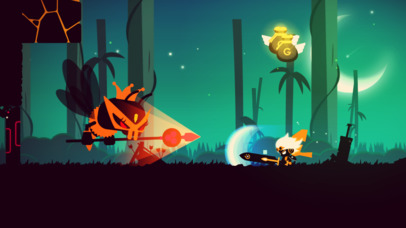 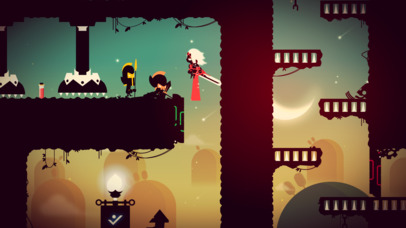