You are using an outdated browser. Please upgrade your browser to improve your experience.
by Christine Chan
September 8, 2016 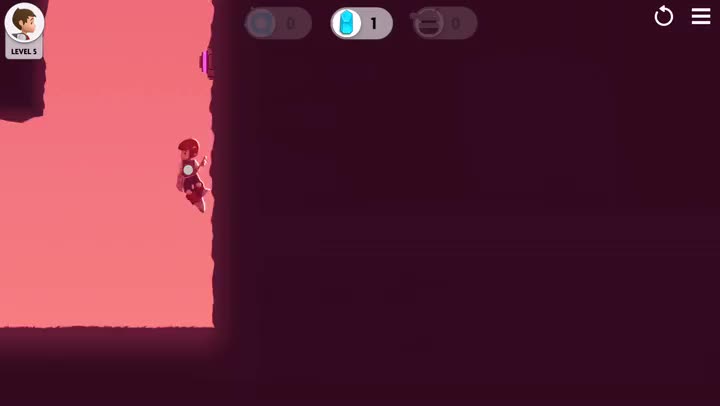 Super Powerboy ($1.99) by Super Powerboy Limited and Pixel Blast is a auto-running platformer game that is a bit reminiscent of Mega Man titles. If you love a whimsical and charming game, then Super Powerboy is one you should not miss.

As a ‘90s kid, most of my childhood was spent on platformer games, because they were the crème of the crop of games back then. Most of the popular games were platformers, like Super Mario Bros., Mega Man, and even Sonic the Hedgehog. I loved them because they were challenging and fun, even if I may not have been a platforming pro back then. And as I grew up, I was able to discover the magical world of Pixar movies, which are always full of delightful visuals and universes, and Super Powerboy is a game that makes me think of just that. If you think of Pixar making some kind of platformer game with awesome character upgrades, well, then you would have something like Super Powerboy. And boy let me tell you, this game does not disappoint. 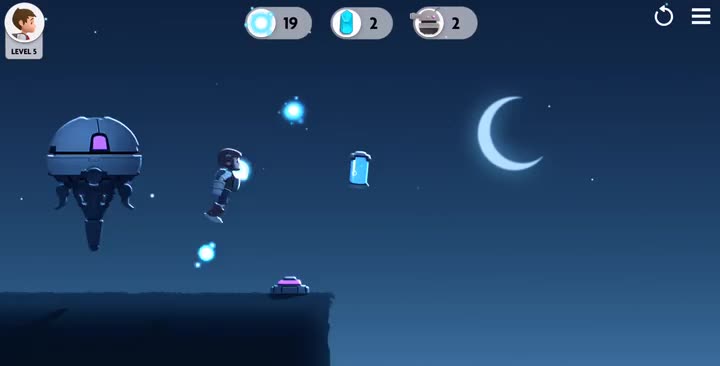 The visuals in Super Powerboy are breathtaking and gorgeous. As I mentioned, the 3-D rendered graphics in the game definitely make me think of Pixar immediately, from the unique environments that you’ll be exploring to the character model of Super Powerboy himself. This is one of the most ravishing games I’ve played lately, and it just oozes with charm. The world map and stages are beautifully laid out with incredibly fine detail, and the obstacles and enemies contrast nicely with the spectacular backdrops. Colors range in tone from soft hues to rich and vibrant ones, and there are some neat lighting effects as well. Animations are buttery smooth, and it’s amazing to be able to watch your character’s progression as you have upgrades available, since everything shows up on your actual character model in-game. To add to the Pixar-like feel, the game has an ambient and atmospheric soundtrack that is a wonder to listen to, so this is one of those games you’re going to need your favorite earbuds for. Plus, the voice for the narration is fantastic too. Overall, Super Powerboy is a magnificent visual and audio package, and it shows that the developers poured a lot of soul and heart into this awesome title.

In Super Powerboy, you’ll find out in the beginning cutscene that aliens have invaded Earth and plan to plunder it until nothing remains. But there is one boy who has the ability to stop them, and that’s Super Powerboy, but he will need your help in gathering enough power to stop the aliens from stealing all of our valuable resources.

The game is level-based, with different 45 stages that are spread out across five different areas on a world map. The main goal in each level is to collect all of the required shards, which is indicated on the world map. Without getting all of the shards, you won’t be able to unlock the next stages to move on in the game. And for each level, you’ll have to make your way from the starting point to the end goal while avoiding obstacles and getting rid of alien enemies along the way. Additionally, there are bonus objectives on each stage, which include gathering a certain amount of power and defeating a number of enemies. These extra goals keep things interesting, and give you an extra incentive to replay stages as you look for the remaining shards. Plus, the power that you gather helps you level up and open up new character upgrades for your disposal. 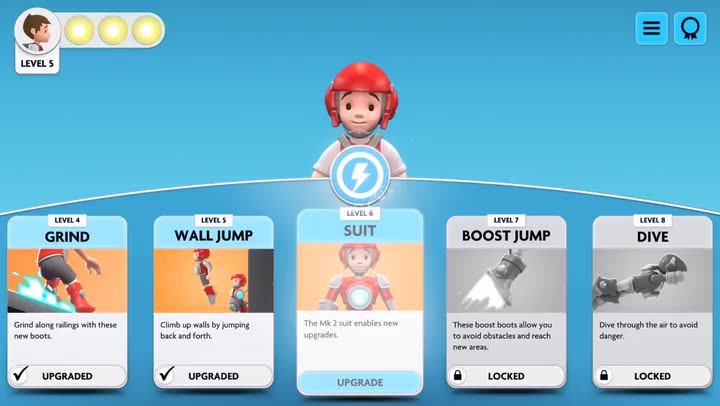 The controls in Super Powerboy are different and will take some time to get used to compared to other auto-running platformers, but they’re still intuitive. Each level begins when you tap on the screen, which will send Super Powerboy running forward automatically. The screen utilizes both halves of the screen as controls. Just swipe up on the left to jump, down to duck-and-slide, and tap on the right half to do things like punch attacks. Since the game features auto-running elements, it’s all about timing and precision of the controls in order to succeed and clear stages, as you can’t go back and fix your mistakes. Objectives are clearly shown at the top so you know what’s left, and new game mechanics are introduced as you progress. Once you reach that glowing light pillar at the end of a stage, you’re done there and can advance to the next level.

As you gather enough power, Super Powerboy will earn an energy orb that goes into one of the slots on his avatar. When all three are filled, you will level up and unlock a new equip upgrade, which you access by tapping on the lightning bolt icon on the main screen. Every couple of levels unlocks a new one, and when you select the upgrade, you’ll see it get put on Super Powerboy himself, so you always have a visual of your game progress. New mechanics will have quick tutorials at the start of a mission that introduces them, so you are never lost in the game.

So far, even though I’m still pretty early on in the game, I’ve been enjoying every second of it. Super Powerboy is simply impressive with the stunning visuals, the music and sound effects are a joy to listen to, and the controls, while a bit different from the norm, are intuitive once you’ve gotten used to them (rather than buttons). Even though it’s an auto-running platformer, I found the stages to still be rather challenging, as you have to time your moves precisely if you want a perfect score, and the objectives keep giving you something to work for on every level. And I love games that reflect character upgrades in the gameplay, so it’s awesome seeing Super Powerboy grow from a normal kid to an awesome mech-like character after all upgrades. 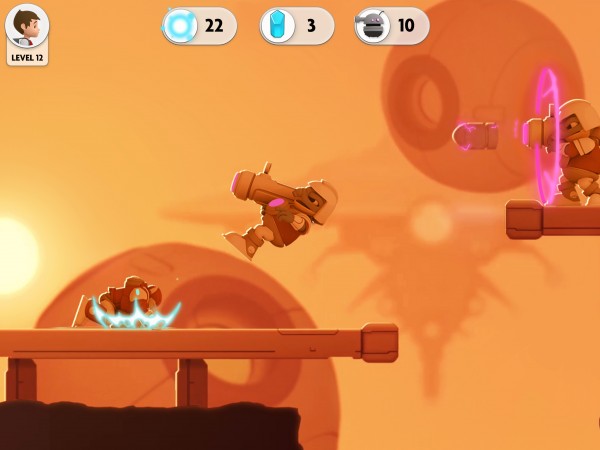 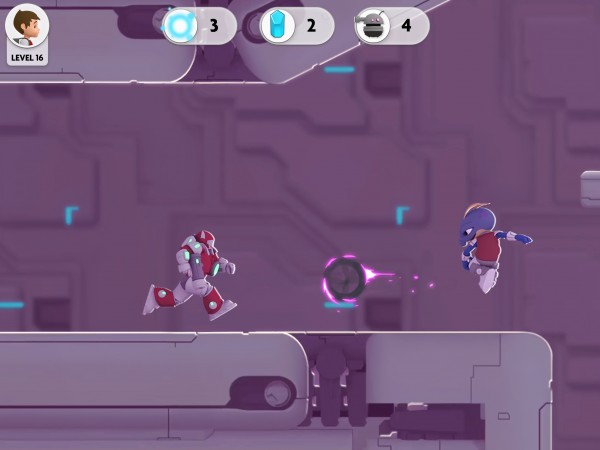 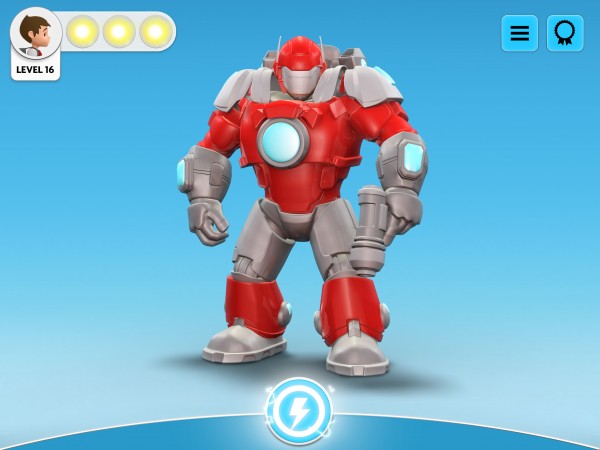 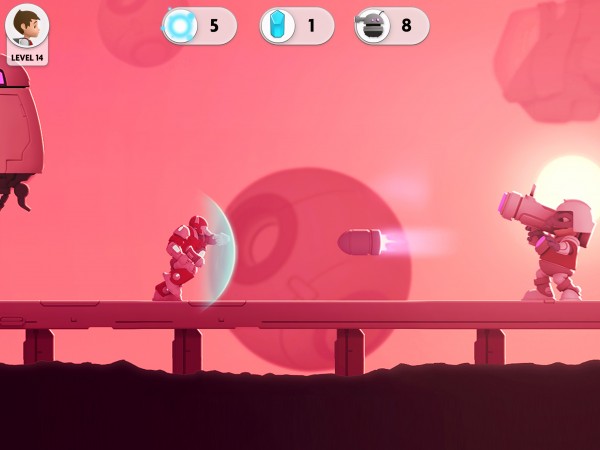 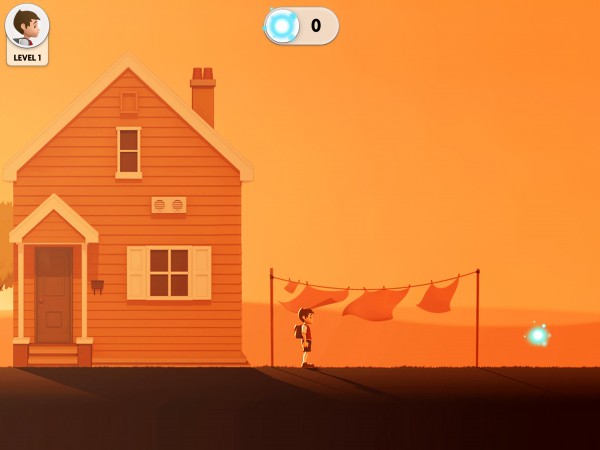