You are using an outdated browser. Please upgrade your browser to improve your experience.
by Joe White
June 13, 2011
According to a recent report, Apple's fifth generation iPhone has reached its final, "AP" stage of testing, and should be available from September. Furthermore, the handset could allow users to make FaceTime calls over 3G - although Apple and Verizon have reportedly yet to reach a final agreement regarding this. The news comes from 9to5Mac, who received the details from "a previously accurate Apple source." According to the website, Apple's upcoming iPhone handset is now in its final stage of testing, and is being carried around "by high level Apple and carrier executives." The website also affirms that the fifth generation iPhone will be announced and released in September, as previously speculated. Interestingly, 9to5Mac claims that FaceTime over 3G is coming - but that Verizon may not support the service. Apparently, Apple and Verizon "have yet to strike a deal," though this may be resolved before the launch of the handset. Again, Apple and Verizon haven't yet settled on over-the-air software updates, either, which explains the meetings a-plenty that have reportedly been taking place between the two companies. Last, 9to5Mac includes some information discovered within the iOS 5 SDK. First, the upcoming iPhone is referenced as both "N94" and "N93" in the SDK, suggesting that two different hardware versions will be available. While this did happen previously with the GSM and CDMA iPhone handsets, we had been under the impression that the fifth generation iPhone would be a "world mode" handset. Because of this, 9to5Mac speculates that one of these handsets is a Sprint or T-Mobile USA model. The second snippet of information found within the iOS 5 SDK involves the fifth generation iPhone's rear-facing camera. Previously, we'd heard that it could be as grand as eight or even 12 megapixels. However, according to the SDK, Apple's upcoming iPhone will feature the same five megapixel rear-facing camera: We'll keep you posted. In the meantime, let us know what you're expecting of Apple's fifth generation iPhone in the comments. And for all the information in one place, check out our Web resource. 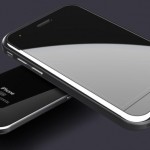 More Details On Next iPhone Emerge: FaceTime Over 3G, September Launch & More
Nothing found :(
Try something else