You are using an outdated browser. Please upgrade your browser to improve your experience.
by Aldrin Calimlim
June 6, 2012
Seeing as principal photography has already begun for the Steve Jobs biopic starring Ashton Kutcher in the lead role, more casting news are now expected to trickle in. The latest bit comes to us courtesy of CBS News, which reports that Matthew Modine has been tapped to play former Apple CEO John Sculley. Modine, who has close to three decades of acting experience under his belt, will take on the role of the film's presumptive primary antagonist. That is, if Kutcher's Jobs won't be so much of an antihero already as to be his own adversary. A former president of PepsiCo, Sculley is known for being the person to which Jobs made one of his most famous pitches: "Do you want to spend the rest of your life selling sugared water, or do you want a chance to change the world?" Sculley would later accept Jobs' challenge and eventually engage in a power struggle against him, leading to the Apple co-founder's "firing." Modine, however, doesn't see Sculley as the bad guy. "It's my feeling — and I think there's a lot of people who feel — that had John Sculley not fired Steve Jobs from Apple Computers and Steve go on the journey that he did when he was away from Apple Computers that we wouldn't be speaking about Steve Jobs today," he said. The biopic, titled "jOBS," is being directed by Joshua Michael Stern ("Swing Vote"). Covering Jobs' formative years, the film is also set to feature "The Book of Mormon" actor Josh Gad and "The Help" star Ahna O'Reilly as Apple co-founder Steve Wozniak and Jobs' erstwhile girlfriend, Chris-Ann Brennan, respectively. It is not to be confused with Sony Pictures' upcoming movie based on Walter Isaacson's Steve Jobs biography, which is being adapted by "The Social Network" screenwriter Aaron Sorkin. Source: CBS News Via: AppleInsider 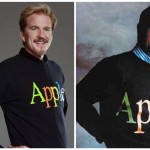 Matthew Modine Cast As John Sculley In Steve Jobs Biopic
Nothing found :(
Try something else