You are using an outdated browser. Please upgrade your browser to improve your experience.
by Brent Dirks
August 31, 2012
With a little less than two weeks before the introduction of the next-generation iPhone, iLounge has an interesting report regarding the availability of third-party docking accessories for the handset. In short, at least for the near future, it looks like Apple may have the market cornered:

With only two weeks remaining before the expected debut of the next-generation iPhone, Apple has not offered third-party developers the components or engineering details necessary to build docking accessories for the new device—the first iOS product expected to ship without Apple's now-ubiquitous 30-pin Dock Connector, which will soon be replaced across all future Apple pocket and tablet devices. Noting the time required to manufacture and ship new products, the sources suggest that new iPhone-specific electronic add-ons will likely miss the upcoming holiday season, apart from whatever accessories are released by Apple itself.

The new docking connector was first rumored earlier this year, and according to numerous part leaks, is almost certain to appear on the next-generation handset first, followed by the rumored iPad mini. And I’m even more worried about what another source told iLounge:

One source expects that Apple will introduce a more stringent version of its Made For iPod/iPhone/iPad ("MFi") licensing program alongside the new connector, complete with more elaborate testing requirements and perhaps higher fees. It remains possible, however, that Apple may merely attempt to dominate the 2012 holiday market by selling its own accessories—perhaps including adapters for older accessories—then supply new connectors and chips to developers in 2013.

I’m fine if Apple is making the move to the smaller dock connector to help conserve space and make even thinner products. But, if iLounge’s sources are correct, I have a hard time seeing this as nothing more than an attempt by Apple to make more money off the backs of third-part accessory makers (and consumers.) And it leaves consumers with two choices (30-pin adapter notwithstanding): purchase overpriced Apple OEM accessories or take a chance with a cheap eBay knockoffs that may not work or could even damage the new iPhone. Source: iLounge 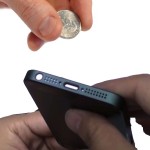 Don’t Look For Third-Party Accessories That Work With The Smaller Dock Connector Anytime Soon
Nothing found :(
Try something else