You are using an outdated browser. Please upgrade your browser to improve your experience.
by Bryan M. Wolfe
September 28, 2012
Let me explain to readers some things before starting this piece, which will be seen by many as me being anti-Apple. Since I can remember, many have called me an Apple fanboy, which for the most part, I am.  In fact, I thought Apple was cool even when they certainly were not. I owned a 1995 Macintosh Performa, after all. Naturally, like many others, my obsession with Apple only got stronger when Steve Jobs returned to the company in 1997. To prove this strong loyalty, I’d be happy to show you my American Express bills for the last decade. Yeah, maybe not. My point: One can remain a fanboy even when they criticize Cupertino. Which of course, is what I’m about to do. Despite record earnings, high share prices, and a huge number of followers who would probably buy an iShiv if it actually existed, Apple seems like a company on a decline. And while it would be easy to blame this on Steve Jobs’ death, that isn’t the case. In fact, some of Apple’s problems started long before the Apple co-founder died last October. This doesn’t mean Tim Cook shouldn’t take some of the blame too. These problems, which are a combination of software and public relations blunders, include the following:

I had high hopes for Siri when it arrived in 2011. However, even another ad with the bubbly Zooey Deschanel wouldn’t erase the popular notion that Siri is half-baked. Even its iOS 6 makeover, which I consider a significant step forward, won’t make the skeptics happy as many have already given up on Siri completely. Before Apple bought Siri, Inc., Siri the app was largely successful because its creators were careful to keep expectations low. Unfortunately, Apple did the opposite. Through the series of ads starring Deschanel, Samuel L. Jackson, Martin Scorsese, and John Malkovich, Cupertino over-promised customers what Siri could do. In fact, as we found out later, some of the ads proved highly deceptive. One look at Apple’s website tells the real story. It is here where Cupertino admits that Siri remains in beta, nearly a year after it first arrived. Unfortunately, Apple’s handling of Siri now looks less like an anomaly and more like the status quo, as the iOS 6 Maps app shows.

I’ve spent a lot of time in recent days going back and forth on whether Apple’s new program is as awful as others have suggested or something much better. After careful consideration, my conclusion is that Maps, like Siri was released too early. I base this opinion not so much on what Maps can do, but rather on what it replaced. Love them or hate them, but most would admit that Google has done a remarkable job at creating maps and making them better with each succeeding update. And one of the reasons Google Maps has become so good is because the mobile application had resided on iOS devices for the past five years and was used by millions worldwide. In a clear “don’t reinvent the wheel” moment that they failed, Apple flushed years of development down the drain. And instead of celebrating their successful collaboration with Google, Apple decided to rip up their contract with a year to go, and start fresh. What Apple should have done is kept the native Google Maps app intact in iOS 6.  Then, they should have spent the next 12 months perfecting a new app through testing in their successful developer program. Unfortunately, even were Apple to improve Maps, better apps are already available for iOS customers. And one week of damaging publicity will almost certainly lead to the imminent arrival of Google’s own Maps app for iOS. When that happens, and people make side-by-side comparisons between the programs, Apple’s goose could be cooked once and for all on this issue.

This brings us to Lightning, Apple’s new dock connector cable that arrived on the iPhone 5 and will make its way onto other iOS products over the next year. It replaces a 30-pin connector that Apple had used on mobile devices for nearly 10 years. As a product, Lightning is impressive. Not only did it make it possible for Apple to design a thinner iPhone, but it is also reversible. This makes Lightning much easier for customers to use than the previous connector. The problem with Lightning is that Apple is using the new cable’s introduction as an excuse to drain customers of more cash. Lightning includes so-called authentication chips, which makes it impossible, at least in the short term, for third-party vendors to create less expensive Lightning to 30-pin adapters. Therefore, in order to use the iPhone 5 with existing accessories such as speakers, car systems, and the like, customers must pony upwards of $39 for an adapter.  Sure, in an age when iOS cases can cost $25 and higher, this may not sound like a lot. But when you consider the number of adapters you may need, it becomes a vastly different story. I’m not saying that Lightning isn’t welcomed. Rather, when Lightning cables are reportedly costing Apple just $3.50 each to make, giving customers some sort of break wouldn’t have been asking that much. At the minimum, an adapter should have come with every iPhone 5 sold.

Apple isn’t dead and even after these three slip-ups they will remain successful. And yes, I will continue buying their products. However, like millions of other customers, I expected more from Apple. After all, Cupertino had told us for years to “think different.” By introducing beta software and expensive hardware upgrades, Cupertino is starting to look like other companies that care less about designing unique products, and more about the proverbial bottom line. My advice for Apple is four-fold. First, they should figure out what needs to be done to take Siri out of beta, even if this means lowering expectations. Second, Apple should approve Google Maps for entry into the App Store, while continuing to make improvements to their own Maps program. They should also make it easier for third-party manufacturers to produce Lightning adapters. Either that, or make the native adapters they sell less expensive. Oh, and one last thing: never offer public software betas again. 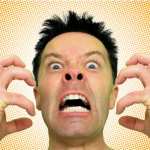 Opinion: Did I Miss The Memo From Apple Making Us All Beta Testers?

Opinion: Did I Miss The Memo From Apple Making Us All Beta Testers?
Nothing found :(
Try something else