You are using an outdated browser. Please upgrade your browser to improve your experience.
by Aldrin Calimlim
April 26, 2013
Just yesterday, the popular iOS email client Mailbox was reported to have practically "no data protection." Let's hope Mailbox developer Orchestra gets to resolve this issue as it considers some requested improvements for the app. In a series of replies to its customers on Twitter, Orchestra has confirmed that it plans to bring certain improvements to Mailbox in future updates. Foremost among these is universal support, which should bring native iPad compatibility to the currently iPhone-only app. At the moment, I use Mailbox as my email app on my iPhone, while I'm stuck with the default Mail app on my iPad. A native iPad version of Mailbox is sure to make email management easier for me, especially when I'm working on both iDevices. A Mac version and even an Android version are also said to be on the horizon for Mailbox. If you can't see the video embedded above, please click here. As noted by iDownloadBlog, other upcoming improvements for Mailbox include landscape mode typing, "send as" and alias support, font size adjustment, Passbook integration, and improved HTML rendering. Mailbox, which is essentially limited to Gmail only, is also being considered by Orchestra to support other email providers, including iCloud. Orchestra points out, though, that there's currently no ETA attached to any of the aforementioned add-ons. Optimized for iPhone and iPod touch running iOS 6.0 or later, Mailbox is available in the App Store for free. Released last February, Mailbox was declared in our review as "the best email client that you can get at this time, especially if you use Gmail." But not everyone who wanted to get it couldn't at first, since it employed a reservation system that put prospective users in a virtual waitlist. In March, Mailbox managed to fill its one millionth reservation, a week after it was acquired by Dropbox. The service, following some scaling, finally dropped its reservation system last week, allowing anyone to immediately use it. [gallery link="file" order="DESC"] 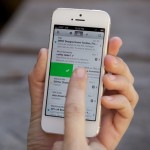 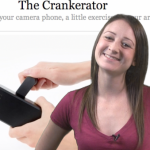 Crank Some Juice Into Your iDevice
Nothing found :(
Try something else